Home Price Changes Around the Country 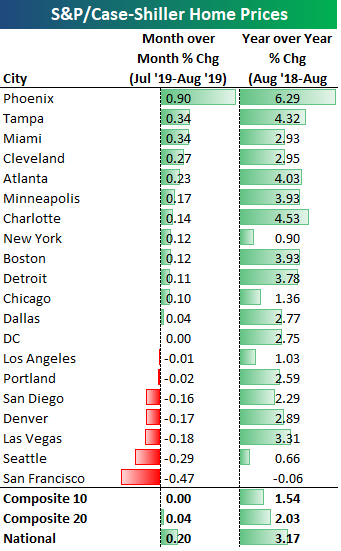 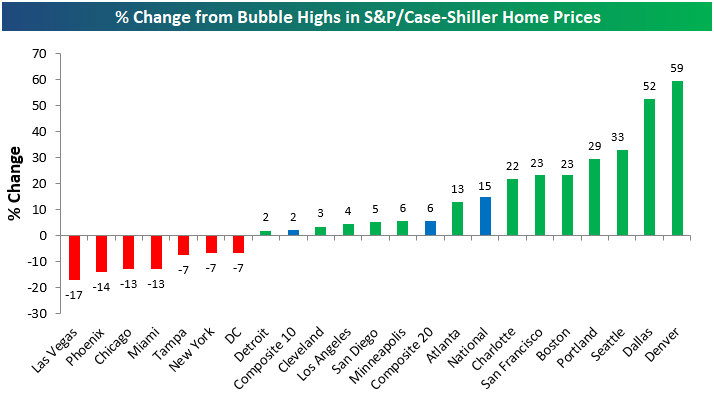 In the chart below we show how much home prices have gained from their housing crash lows following the bursting of the bubble.  While home prices peaked in 2005 during the housing bubble for most cities, they didn’t ultimately bottom until 2011/2012, which was more than two years after the stock market bottomed in early 2009.

The National indices are all up roughly 60% from their lows, and 14 of 20 cities are doing even better than that.  San Francisco is up the most from its low at +128%, followed by Las Vegas (+116%), Detroit (+101%), and Seattle (+98%).  At the bottom end of the spectrum, New York prices are up just 28% from their lows in the early part of this decade, and the elimination of the SALT deduction from Federal taxes isn’t helping matters for the region. 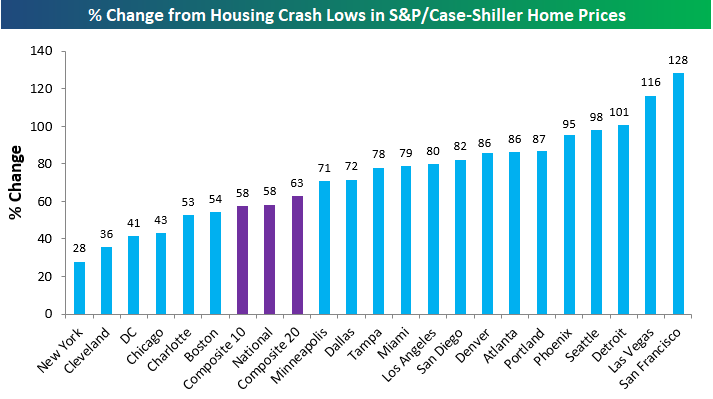 Our final charts show home price levels for each of the 20 cities tracked going back decades, and cities that have eclipsed their mid-2000s housing bubble highs are highlighted in green.  Sign up for Bespoke’s “2020” special and get our upcoming Bespoke Report 2020 Market Outlook and Investor Toolkit. 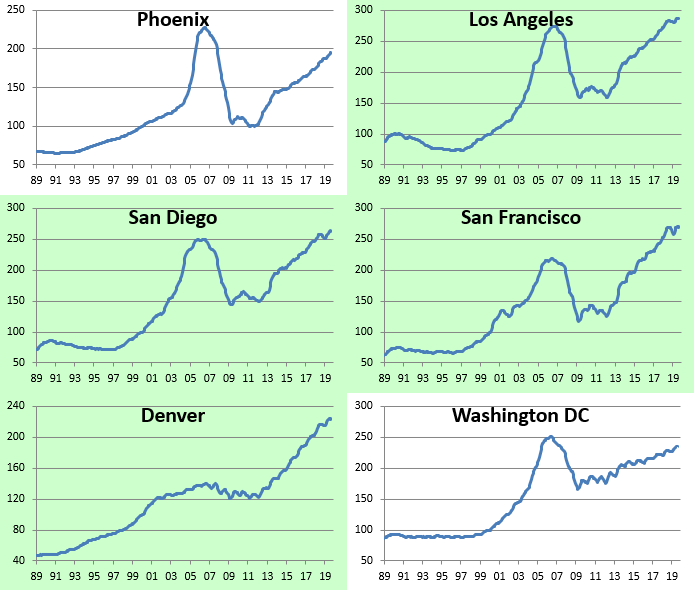 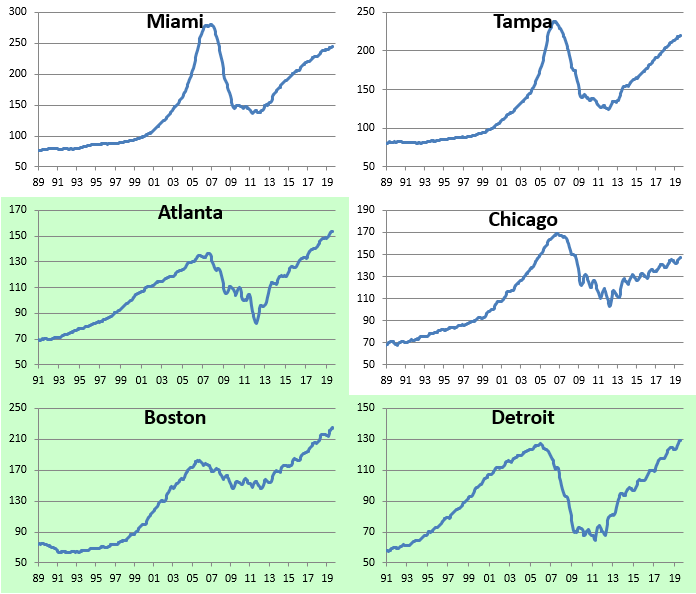 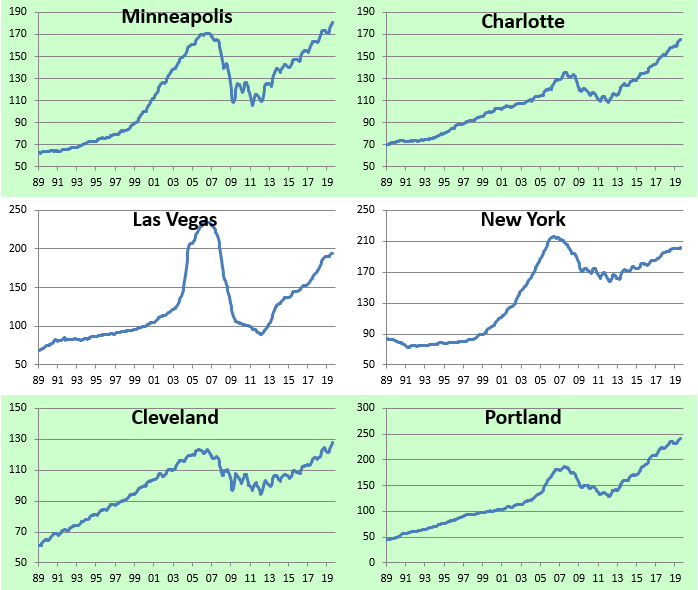 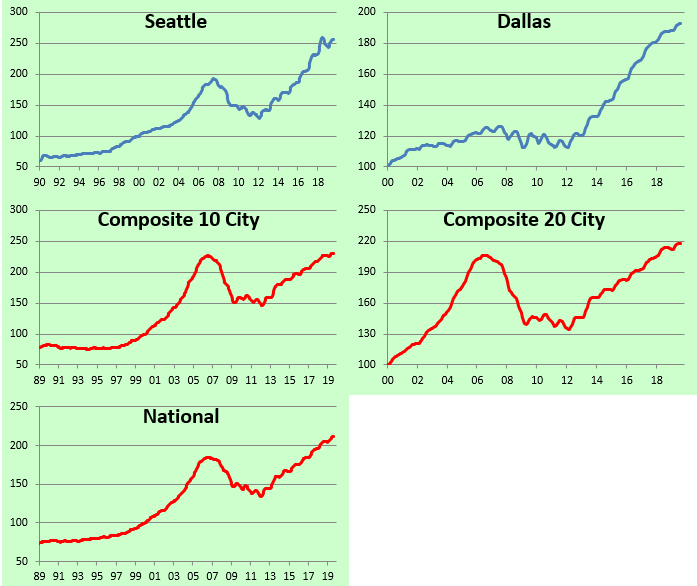