Although the S&P 500 gapped up at the open, it has traded lower throughout the morning and is on pace to fall to start out the final week of the year.  As we noted last week, the final week of the year has not exactly been an overwhelmingly positive period for equities.  In the table below, we show the average daily performance of the S&P 500 ETF (SPY) for each calendar day since 1994.  Although December 26th has averaged the strongest gains of any day in December, this year that is a moot point with markets having been closed yesterday.  As for performance through New Year’s, seasonality has been unremarkable. 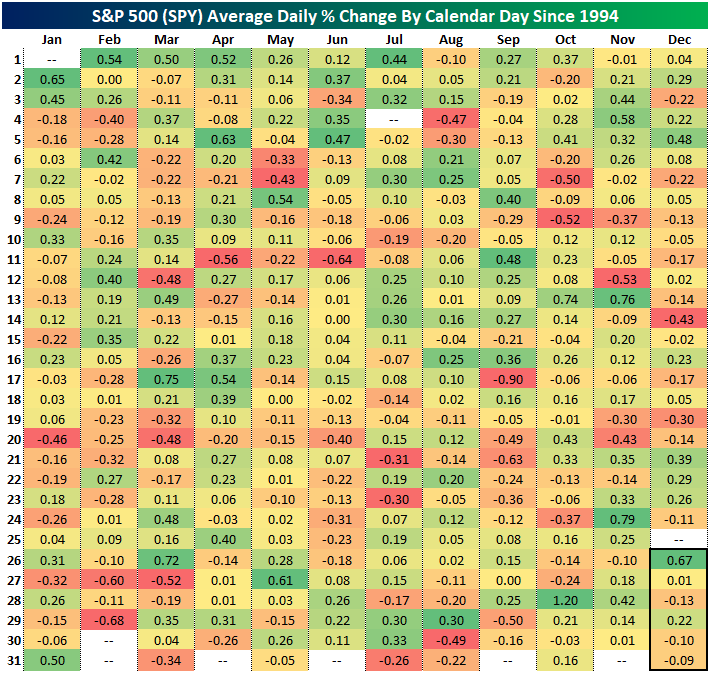 What is notable, albeit not exactly unexpected, is that this is typically the quietest period of the year.  Similar to the table above, below we show the average daily reading on volumes in SPY expressed as the percentage of the 200-DMA. Since 1994, average volume in the final week of the year has been roughly two-thirds of the norm. Interestingly, those low volumes are sandwiched between what are typically elevated volumes in the days leading up to Christmas and the early days of January. In other words, from a purely seasonal standpoint, it is unlikely that the rest of the week will be overly exciting.  Click here to learn more about Bespoke’s premium stock market research service. 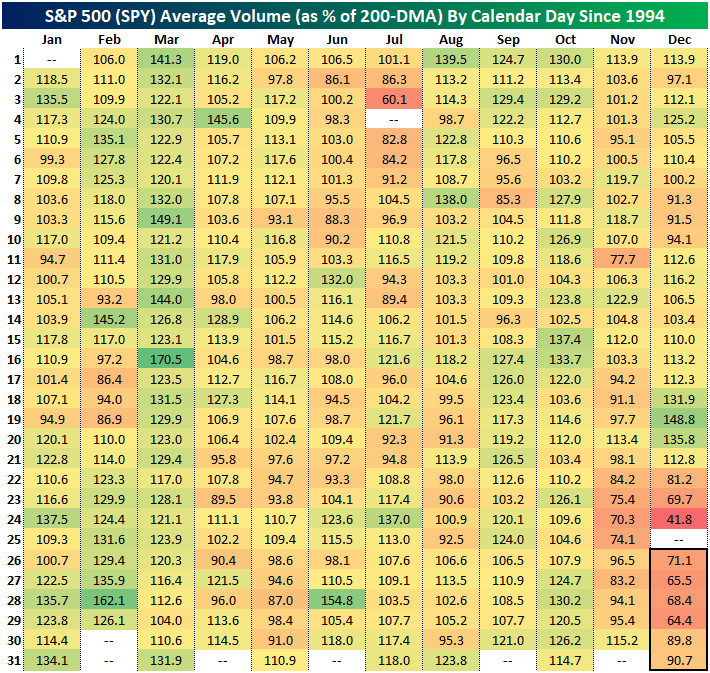