This morning the BEA released one of the worst GDP numbers in the modern history of the US economy. Total output fell 4.79% at annual rates, worse than the 4.0% decline (again, at annual rates) that economists had forecasted. That’s not as bad as the worst numbers from the financial crisis, but the details under the hood were qualitatively different. Instead of being led down by falling capital expenditures and gradually decelerating consumption, Q1 saw an outright collapse in services and durable goods spending with large but historically less remarkable declines in business spending. Services spending has been the steady Eddie of US growth for the better part of a century now: it’s never contributed more than an 82 bps headwind to total QoQ SAAR growth since World War 2. But in Q1 it was a 5% headwind, almost an order of magnitude more than its worst quarter in the global financial crisis. We outline the sobering numbers in more detail below.  Start a two-week free trial to Bespoke Institutional to access our Chart Scanner, custom screens, and much more. 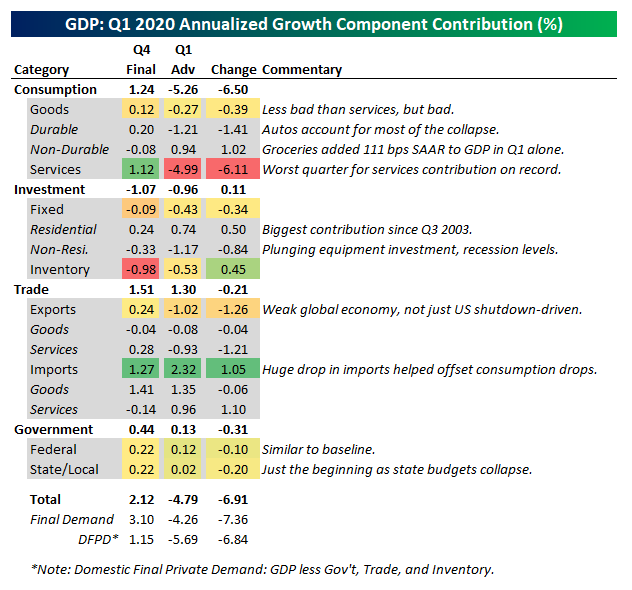