Recently we have made note of the massive outperformance of the Consumer Discretionary sector. Prior to this week, the bulk of the gains were a result of the rise in Tesla (TSLA), but this week, breadth has significantly improved as we noted in yesterday’s Sector Snapshot. With more stocks in the sector participating in the rally, price has continued to move higher.

Yesterday marked one month from the recent low in price for the sector.  Through yesterday’s close, the sector had gained 16.11% over the last month. Moving higher yet again today as of this writing, the sector is now up 17.5% from the low. 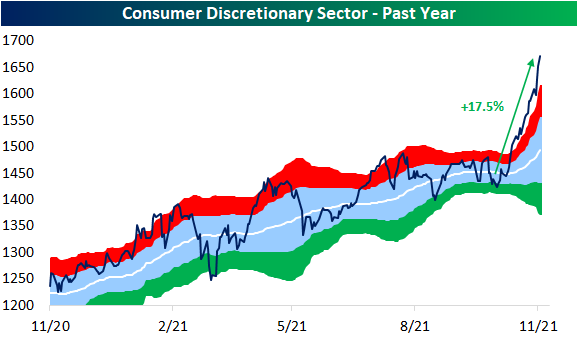 In the chart below, we show the rolling one-month performance of the sector going back to late 1989.  As shown, the surge in the past month ranks in the top 1% of readings on record.  It has been the largest one-month gain since April of last year when the sector was coming off of the bear market low.  Prior to that, the only other period of the post-GFC era to have seen as large of a rally in one month’s time was January 2019. 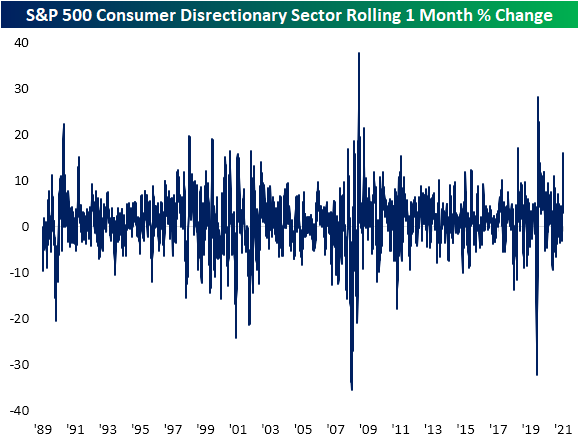 With the sector having gone on a historic run over the past month, it begs the question of how much gas may be left in the tank.  Historically, when the sector has gained at least 15% in a one-month span without having done so in the prior three months, forward returns have been in line to slightly below average, although they are also not outright negative with positive returns better than half the time. Several of these prior occurrences happened around the time of the Dot Com burst, and performance following those periods was broadly negative. 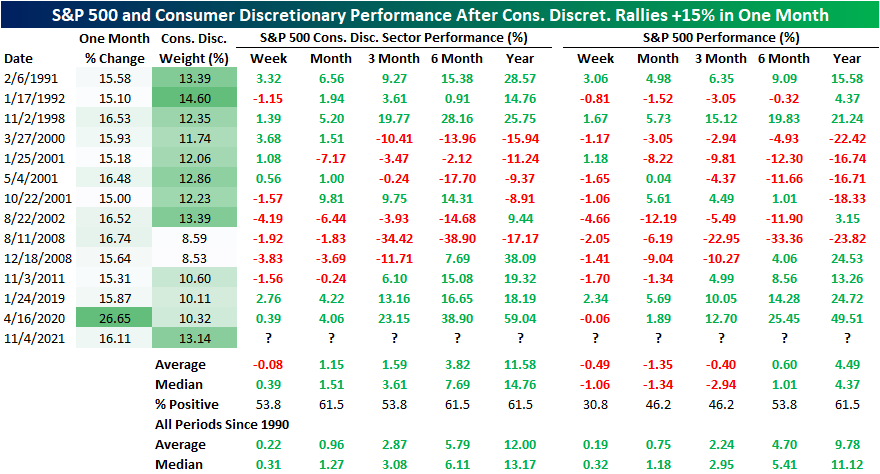 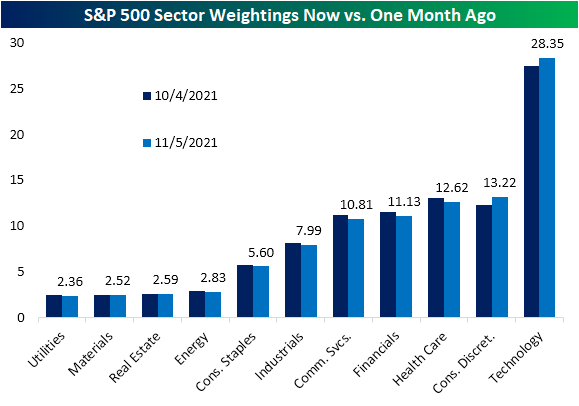 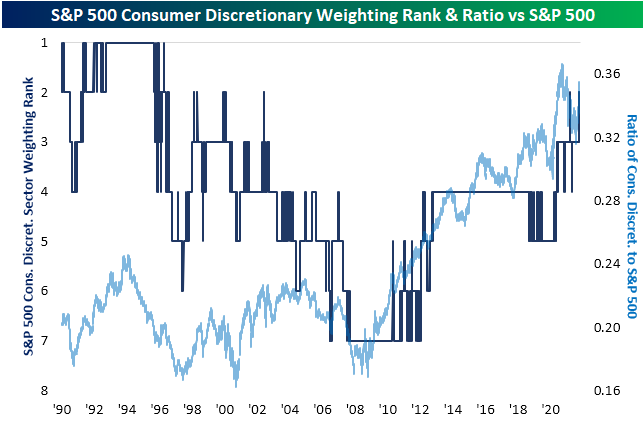