Highest Bullish Sentiment of the Year

As we noted last week, this week’s sentiment data is the first to encapsulate any reaction to last week’s CPI number as well as the subsequent market rally.  Although price action has been somewhat choppy and there have been plenty of other catalysts (FTX’s collapse, more yield curve inversions, the missile strike in Poland) to balance out the inflation data and put investors back onto their heels, the latest AAII survey has shown a surge in bullish sentiment. The percentage of respondents reporting as optimistic jumped from 25.1% last week up to 33.5% this week.  That is not only the largest one-week increase since the first week of June (when bulls rose by 12.2  percentage points) but is now the highest reading on bulls since the last week of 2021. 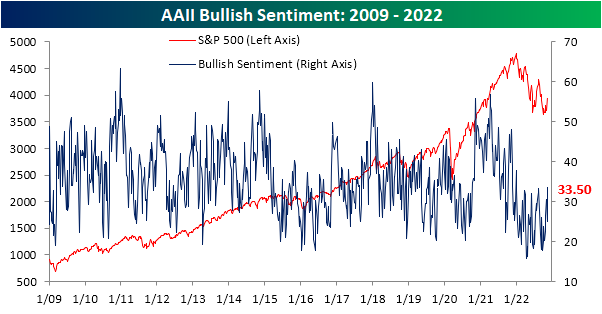 Bearish sentiment in turn dropped sharply falling to 40.2% for a decline of 6.8 percentage points.  While an improvement, at the start of the month bearish sentiment had fallen by much more (both the last week of October and the first week of November saw double-digit week-over-week declines) and was at a much lower level of 32.9%. 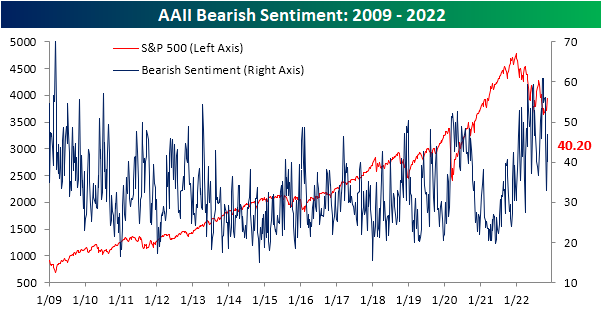 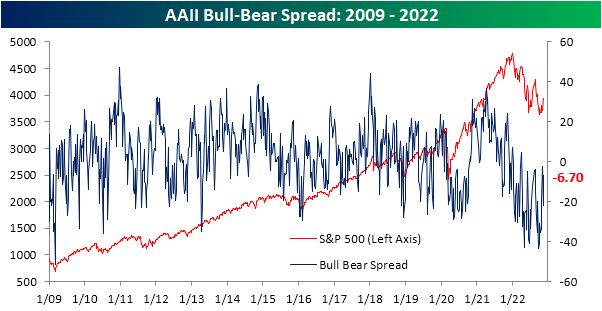 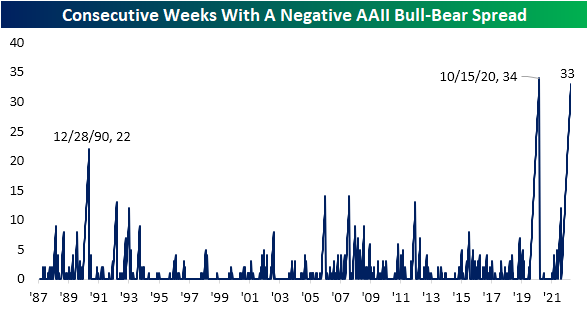 Neutral sentiment fell for a second week in a row with the total decline in that time eclipsing 10 percentage points. At 26.3%, it is down to the lowest level since the week of October 20th, implying that investors have become a bit more decisive in their respective market views. 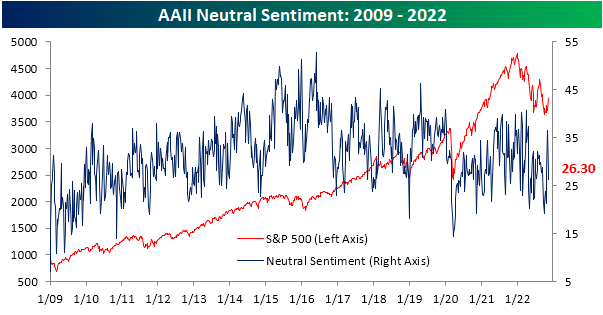 The AAII survey’s more bullish turn this week was also seen in other readings on sentiment like the Investors Intelligence survey and the NAAIM Exposure Index.  As a result, our sentiment composite which aggregates the findings of the three surveys into a single sentiment reading is back up to its highest reading since mid-August.  Although the reading remains negative, it is no longer at the extreme levels that were common earlier this year. Click here to learn more about Bespoke’s premium stock market research service. 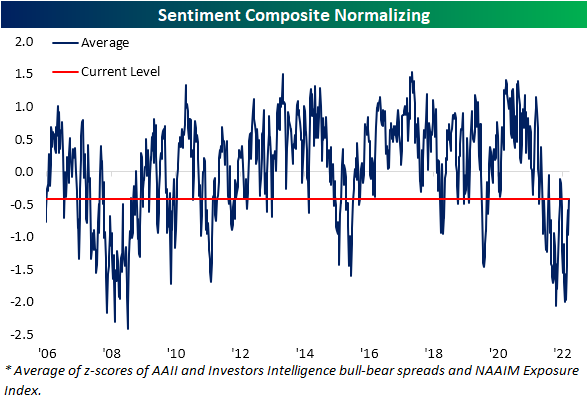