Each Tuesday we publish an update of our Bespoke Stock Scores which ranks the constituents of the S&P 1500 based on our proprietary fundamental, technical, and sentiment indicators. This week, several of the top-scoring stocks are eyeing breakouts to new 52-week highs which we show in the charts below.  Semiconductor manufacturer Axcelis (ACLS) took the number one spot in this week’s Stock Scores as it stopped just short of a breakout above its February highs yesterday. Although it reversed at that resistance, it remains above its moving averages and is in an uptrend over the past few months.  It is a similar story for other stocks like Regal Beloit Corp (RBC), Molina Healthcare (MOH), Kroger (KR), and Domino’s (DPZ) which have also been sitting right around resistance at the past few months’ highs.  KR, MOH, and RBC have even seen small breakouts that did not hold. Meanwhile, another name with a high Bespoke Stock Score – Conagra (CAG) – broke out slightly to new highs in the past week before a small pullback with former resistance acting as support.  Today, CAG is headed higher off of its previous highs.  Click here to view Bespoke’s premium membership options to gain access to our Stock Scores report. 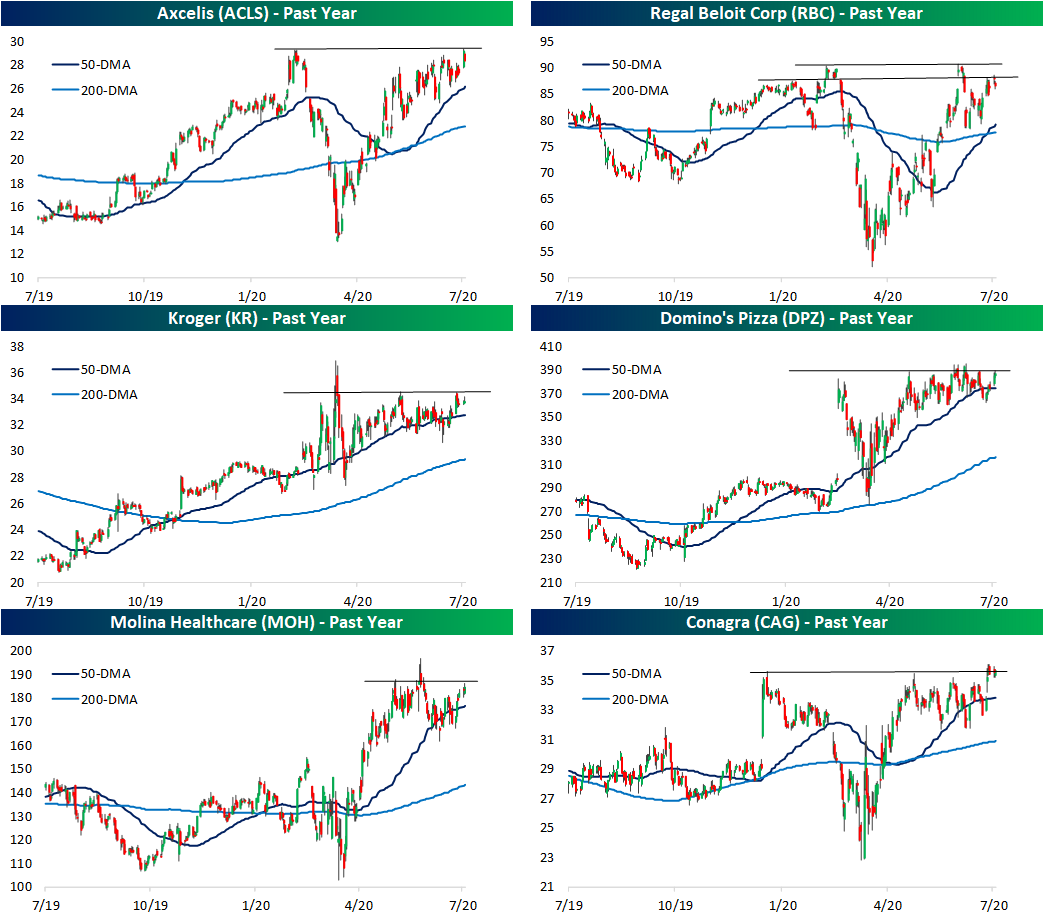