As we detailed in last night’s Closer, whatever name that it might be given—meme stocks, yolo trades, or “stonks”—there has been a trend recently in which there has been strong performance of highly volatile names loved by the most risk tolerant retail investor.  That is roughly a year and a half to the day of the meme stock mania where highly shorted names saw massive short squeezes driven by the retail community.

Since the mid-June lows, highly shorted names have again been outperforming.  Below we show the chart of an index covering the 100 most highly shorted stocks going back to early 2020.  The vast majority of 2020 gains have been erased, however, this index has also risen 46% since its June 16th low (the same date as the broader market’s low). On a relative basis, the most heavily shorted stocks have been outperforming the Russell 3,000 in that time resulting in the relative strength line to break out of the downtrend that has been in place since the peak of the meme stock mania in late January of last year. That being said, the index itself has much further to go in order to break out of its downtrend off of that high in price. 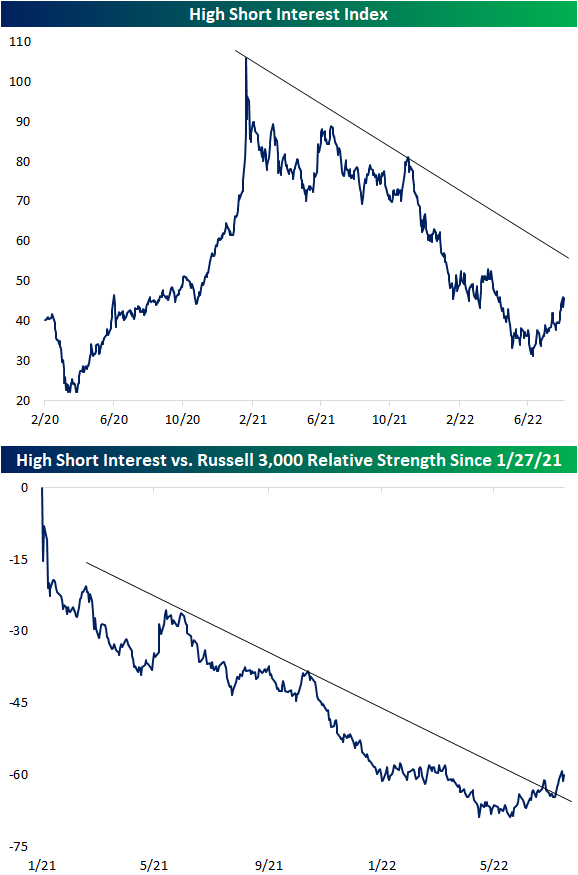 Below we show the stocks within the Russell 3,000 that currently have the highest levels of short interest as of the end of July.  The only stock with more than 50% of its float sold short is Torrid Holdings (CURV).  The next highest is a company that frequently finds itself high up on the list of highly shorted stocks: Dillard’s (DDS).  While those readings are elevated, they are well below what had been the most heavily shorted stock a month and a half ago.  As of the mid-June update, Redbox (RDBX) had an extremely elevated reading on short interest that was closing in on 100%. Today that reading has collapsed back down to a still elevated but less extreme 41.5%.  We would also note, however, that RDBX is a messy story at the moment in the midst of an acquisition (confirmed to go through in the past 24 hours) with the potential to save the company from bankruptcy. 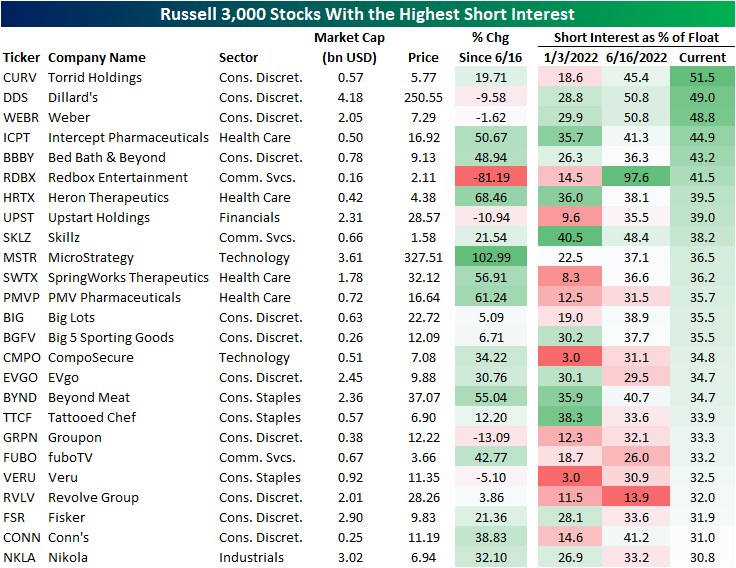 Below is a look at price charts for most of the heavily shorted stocks listed in the table above.  While many of these names are up huge since mid-June, the gains hardly register on six-month charts because they got hit so hard in the first half of the year. Bespoke subscribers can create Custom Portfolios on our website like the one below to easily monitor baskets of stocks and ETFs.  Start a two-week trial to test out the service today! 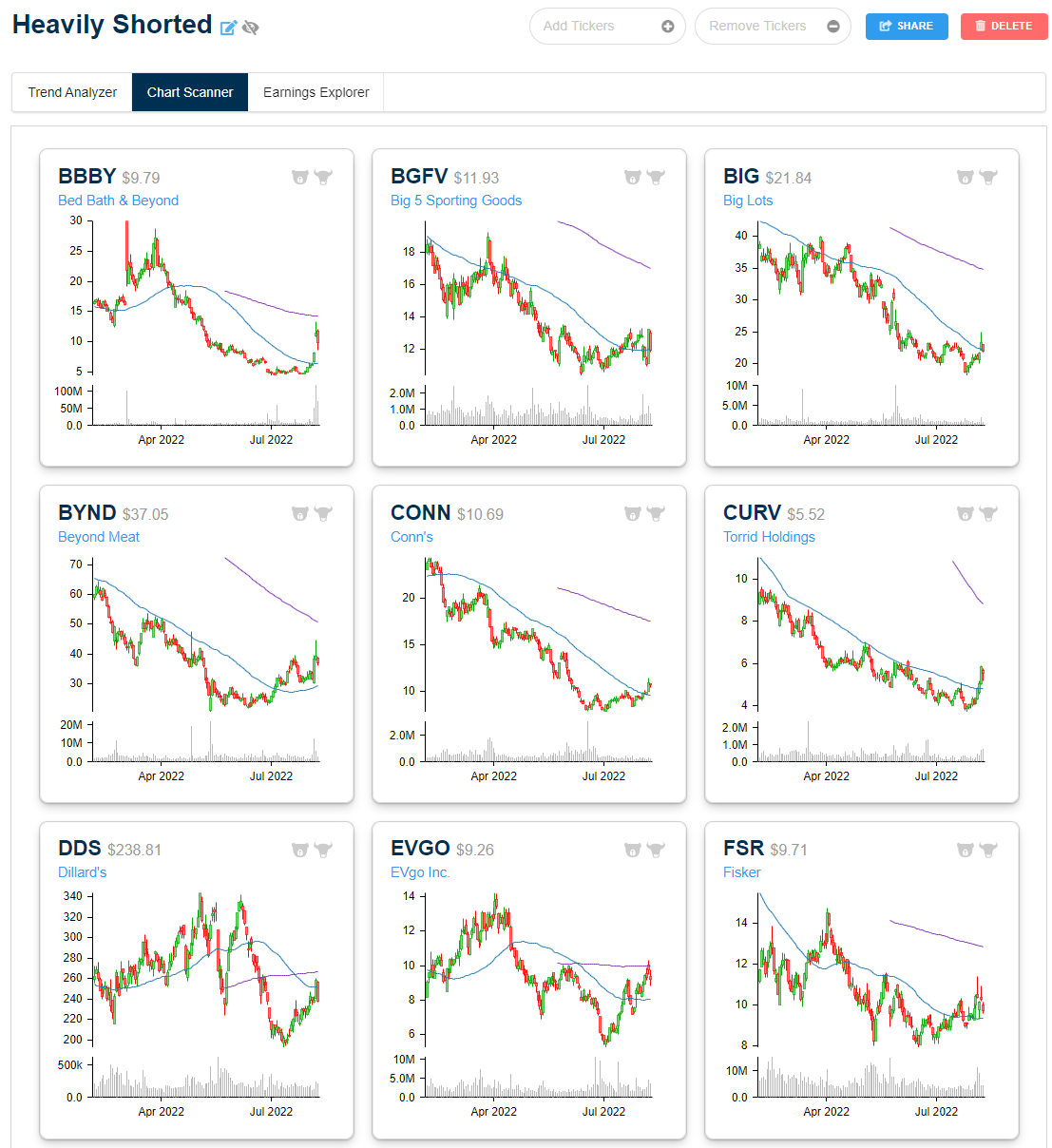 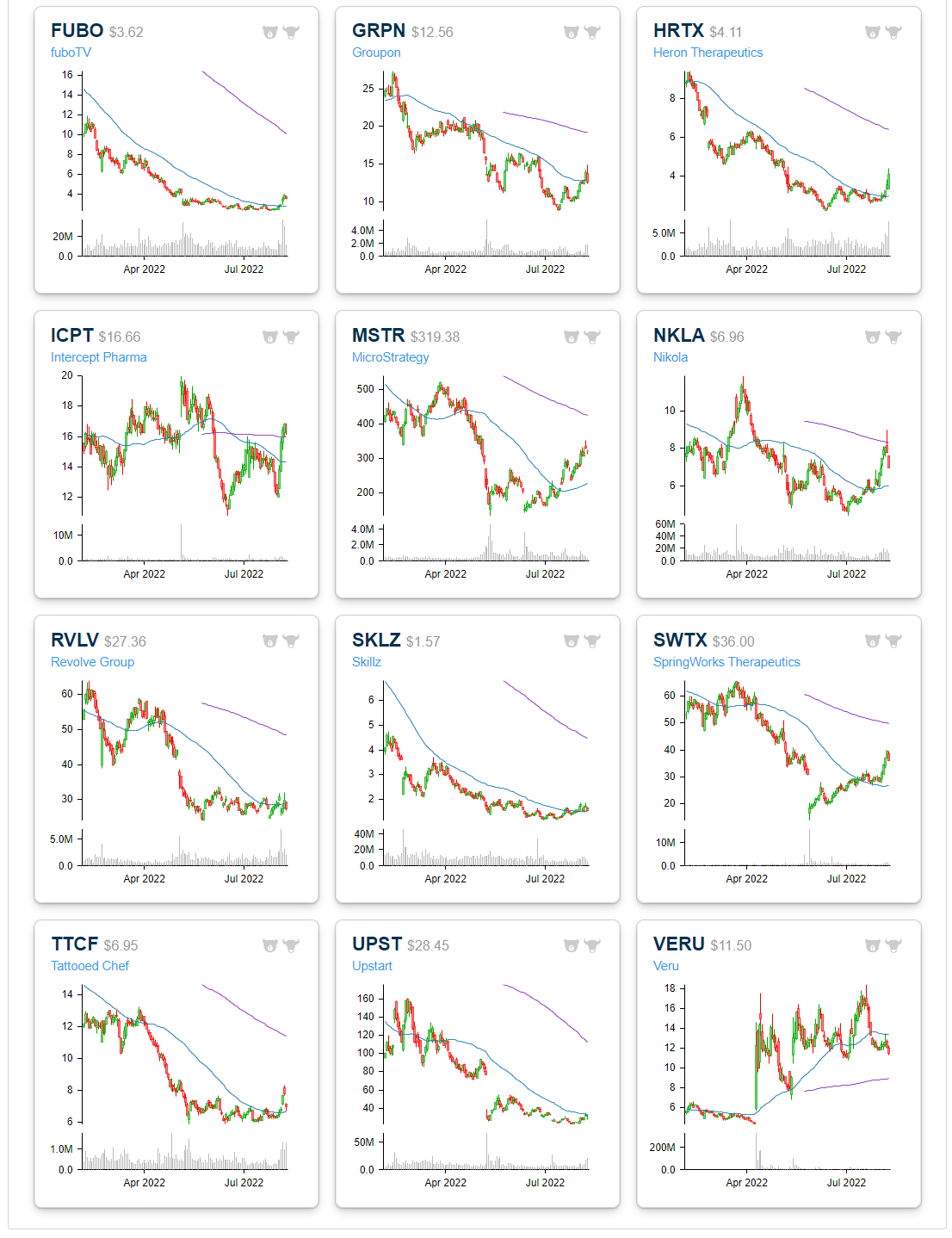