It’s been a volatile start to 2022 so far.  With an average intraday trading range of two percentage points, the S&P 500’s average intraday range in the first 41 trading days of the year has been the widest since 2009, and the only other year besides 2009 where the average range was wider was 2008. 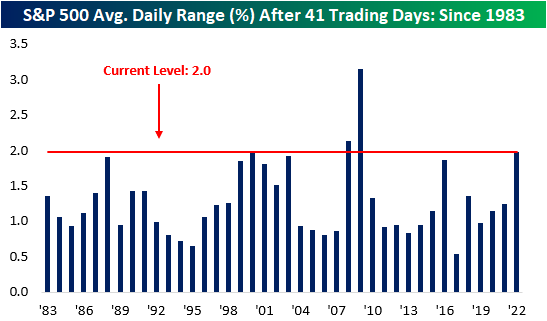 High levels of intraday volatility tend to coincide with periods of elevated uncertainty among investors and typically occur during periods when the market is lower. When the average daily range of the S&P 500 has been more than 1.5 percentage points during the first 41 trading days of the year, the average YTD performance of the S&P 500 was a decline of 5.7% (median: -4.3%). This significantly trails the average gain of 1.3% (median: 2.0%) of all years since 1983. So far this year, the S&P 500 has had the second-worst start since 1983 trailing just 2009, when the S&P 500 tanked 25.3% in the first 41 trading days.

Regarding forward returns after these volatile starts, returns vary.  Although performance over the following one and three months tended to be better than average and more consistent to the upside, over the following six months and for the rest of the year, performance was more mixed.  Click here to view Bespoke’s premium membership options. 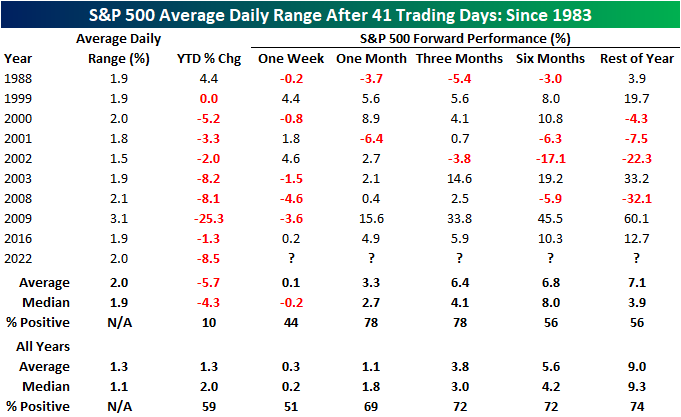