By far one of the biggest movers of the past few days has been video game retailer GameStop (GME). Since last Friday, GME has risen over 96% with a 57.4% rally in Wednesday’s session alone.  Today, the stock is up another 30.61% as of this writing and has reached one of the highest levels since November 2015. One likely factor behind the stock’s move has been a short squeeze of the company’s massive short base.  For more than a year now, short interest as a percent of equity float has been around or well above 100%.  The most recent reading as of the end of 2020 was 144.33%. In other words, there have been far more shares sold short than are available to trade. In a screen of all active stocks trading on US exchanges, we found only 18 that have more than 100% of their freely floating shares sold short, and they are all penny stocks with very small market caps. 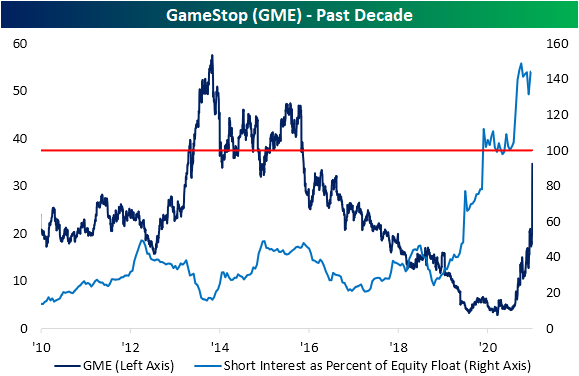 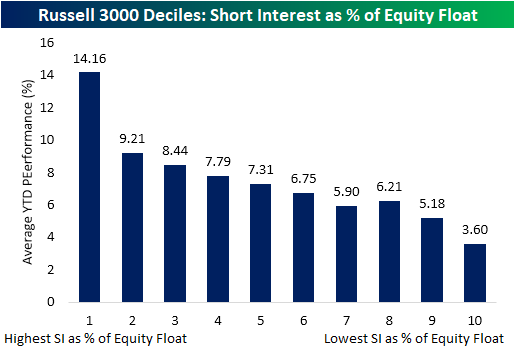 In the table below, we show the 30 Russell 3000 stocks with the highest short interest as a percentage of equity float. Across these names, they are up for an average of 15.76% in 2021, with only three not in the green: National Beverage (FIZZ), Acutus Medical (AFIB), and B&G Foods (BGS).  Including GME, the largest number (7) of these most heavily shorted stocks are retailers. In fact, Dillards (DDS) and Bed, Bath, & Beyond (BBBY) both find themselves in the top 5 alongside GME.  The former has over 90% of its float shorted while nearly two-thirds of BBBY’s float is sold short.  Click here to view Bespoke’s premium membership options for our best research available. 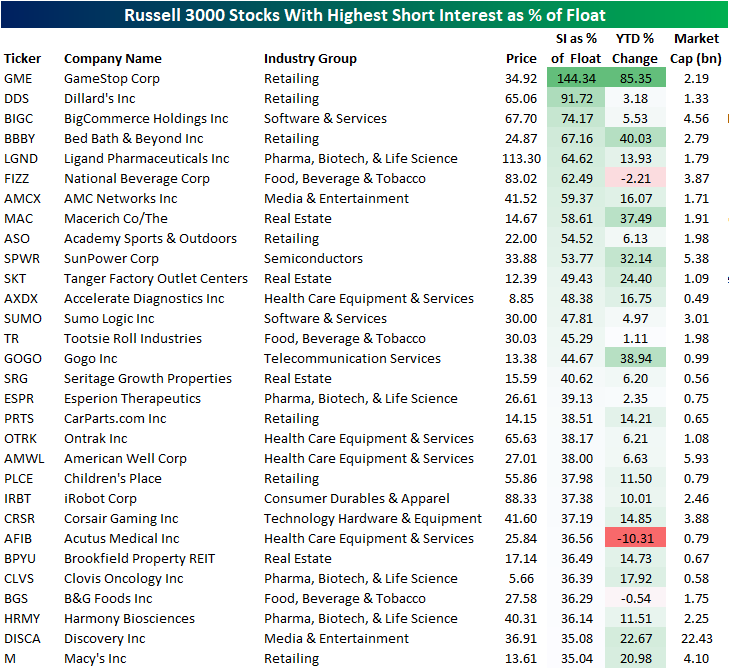