Breadth was pretty lackluster yesterday with only about 15% of the S&P 500 finishing the day higher.  Despite this, of the stocks that did rise, there were a handful that reached new 52-week highs.  As shown below in charts from our Daily Sector Snapshot, with yesterday being no exception, recently the stocks reaching 52-week highs have been predominately concentrated in the Health Care sector which saw a net of 10% of its stocks at new highs yesterday.  Meanwhile, Technology and Consumer Staples were the only other sectors that saw an uptick in net 52-week highs yesterday.  While there were no other highs across each of the other sectors, there was not an increase in 52-week lows either.  In other words, for the most part, S&P 500 stocks are now trading somewhere within the past year’s range rather than breaking out or down. 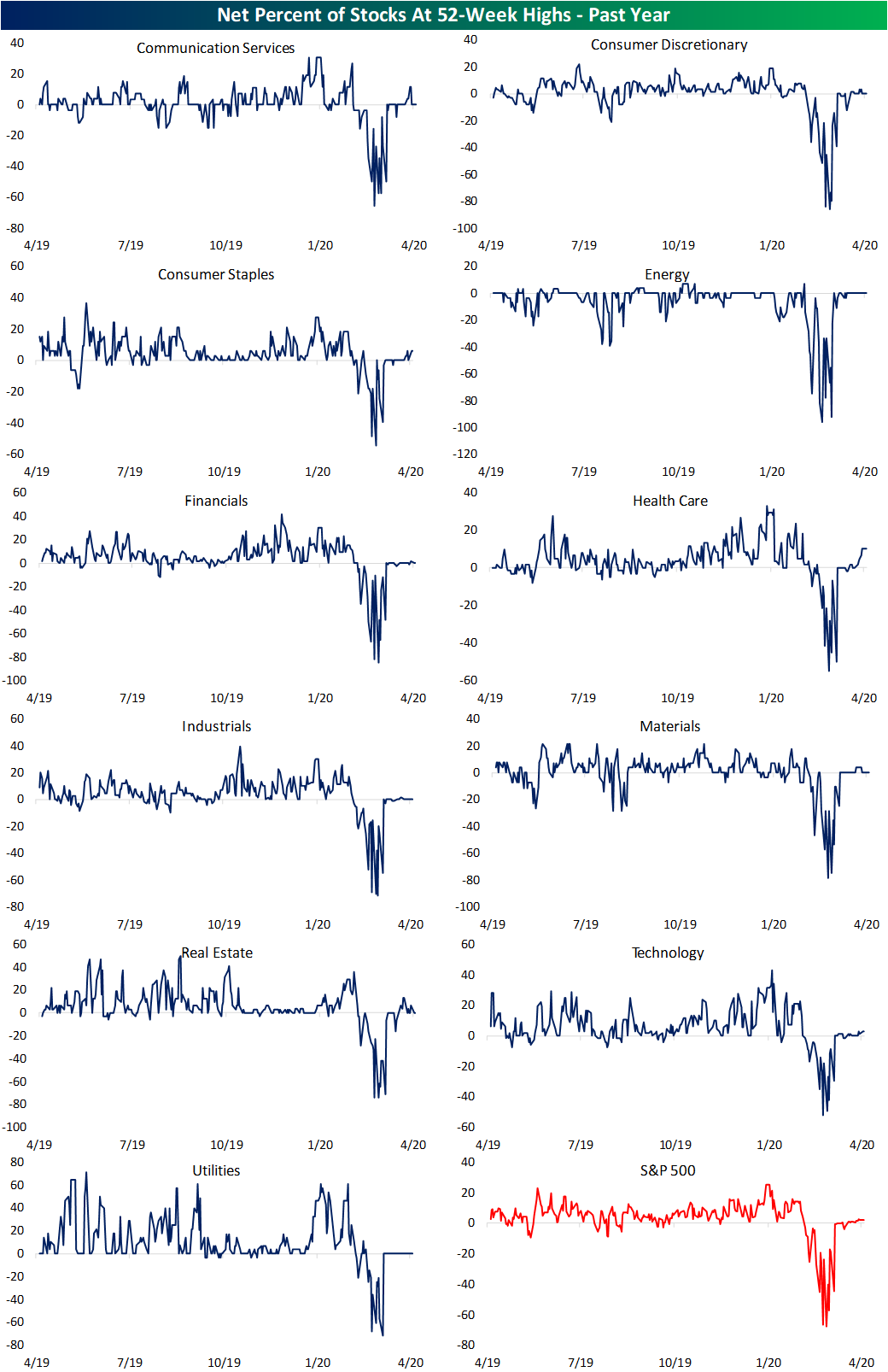 The charts below are from the 52-week highs screen at our Chart Scanner tool.  These are the 10 S&P 500 stocks that broke out to new 52-week highs yesterday.  Most of these have been in uptrends for the past year while the recent spike in volatility has ended patterns of sideways trends for others like Abbot Labs (ABT) and General Mills (GS).  As previously mentioned, the bulk of these stocks are Health Care names including Abbott Labs (ABT), Baxter (BAX), Incyte (INCY), Eli Lilly (LLY), Regeneron (REGN) and Vertex (VRTX).  Additionally, Consumer Staples stocks benefiting from the COVID economy like major grocery chain Walmart (WMT) and food manufacturer General Mills (GIS) also make the list.  Start a two-week free trial to Bespoke Institutional to access our Chart Scanner, custom screens, and much more.