Haves and Have Nots

As evident in our Sector Snapshots over the past several days and as we discussed yesterday on Twitter, sector performance has lately been a tale of the haves and have-nots.  The areas of the market that possess some of the most heavily weighted stocks, namely Communication Services, Consumer Discretionary, and Technology, have drastically underperformed other cyclical sectors like Financials, Industrials, and Materials.  As a result, relative strength lines have blown out. Shown another way, in the charts below, we show the ratios of each of these sectors relative to the S&P 500. A rising line would indicate the sector is outperforming the broader market and vice versa.

Communication Services has been in a brutal downtrend in relative strength terms for more than a year now and the recent drop has been steep.  While the ratio of Consumer Discretionary to the S&P 500 has been more range bound in recent years, there have been a few wild swings in the past year. The most recent swing lower is leaving it close to the lowest levels since early 2015. Tech’s decline has not been nearly as sharp, but the ratio here has nonetheless rolled over to some of the lowest levels of the past few years. Conversely, Financials, Industrials, and Materials have all seen their ratios rip higher to the upper end of the past few years’ range. 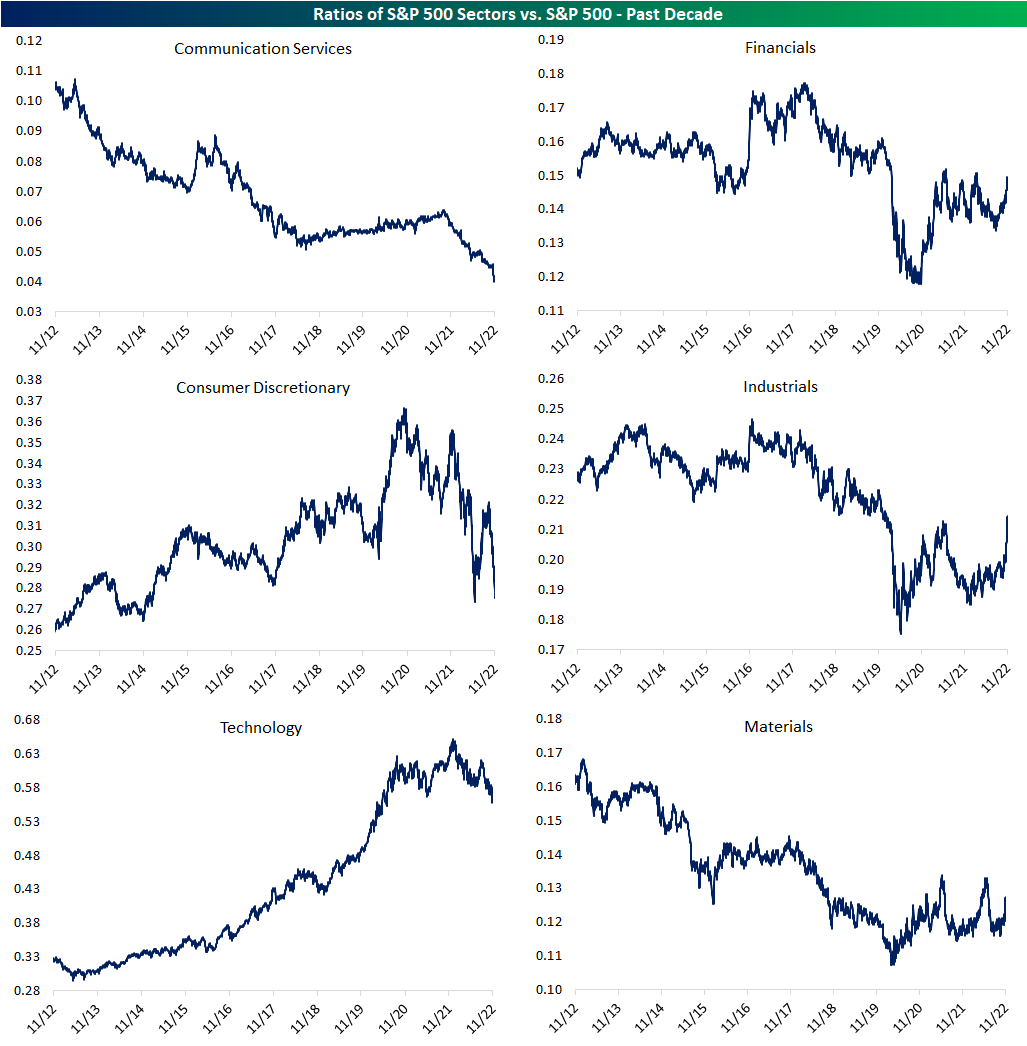 In measuring just how sharp of moves these ratios have experienced, they have been outright historic. As for the most pronounced moves, the drops in the lines of Communication Services and Consumer Discretionary rank in the bottom percentile of all 10-day moves since 1990 when our sector data begins.  The only periods in which the ratios fell by similar degrees, if not by more, were during the Dot Com bubble. While Tech’s ratio is at new multi-yea rlows, its decline was large (ranking in the 17th percentile) but not nearly as sharp, standing out much less than the aforementioned sectors.

Like Tech, the moves in Financials and Materials have also been quite large and rank in the top decile of all 10-day moves, but those are far from records.  The outperformance of Industrials on the other hand, has been remarkable. As of yesterday’s close, the ratio versus the S&P 500 rose 7.24% over the past two weeks. Only three other days—May 19 through May 21, 2020—since 1990 have seen higher readings. Click here to learn more about Bespoke’s premium stock market research service. 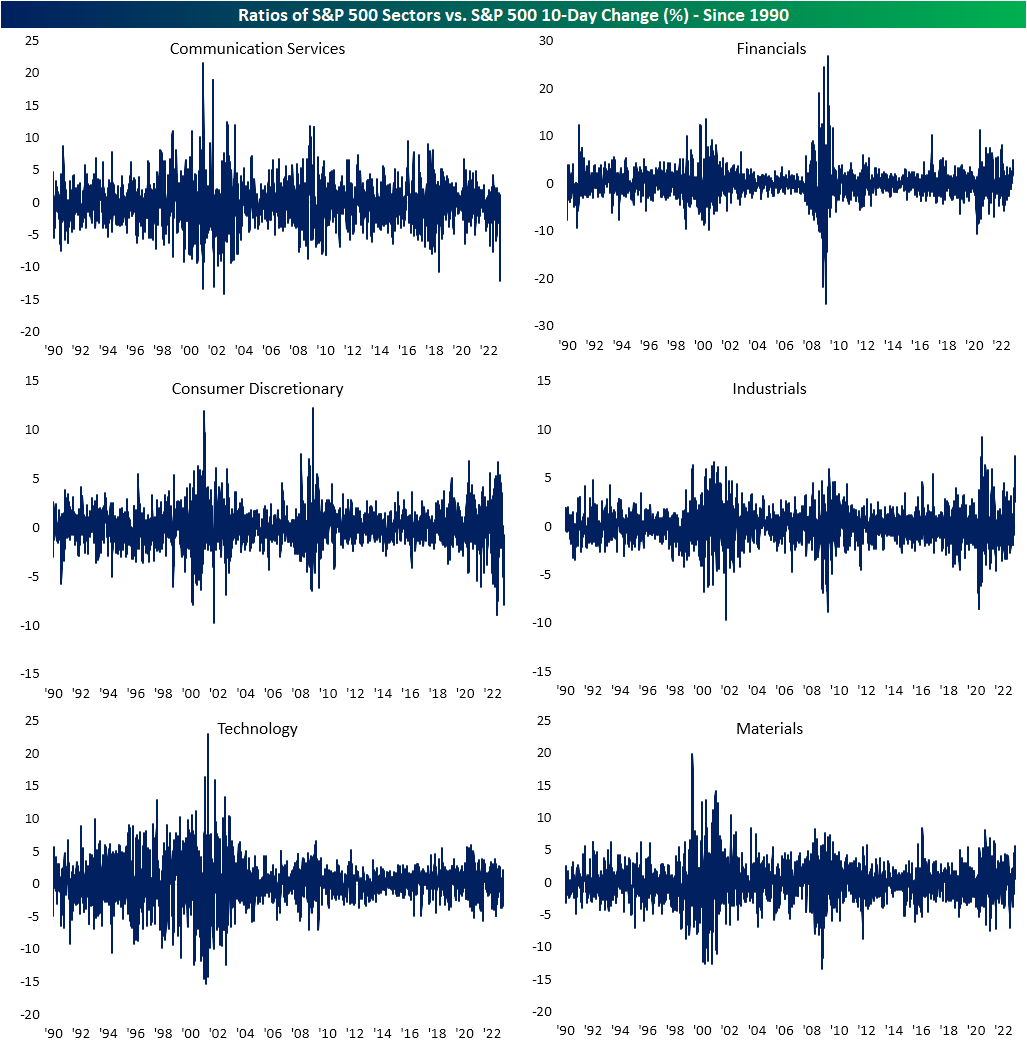