Whether it is currently in your pocket or in your hand as you read this, if you own an Apple iPhone, make sure to wish it a happy birthday. Exactly a decade and a half ago to the day, what is now the staple of the smartphone market first hit the shelves.  Much of Apple’s growth in the years since the smartphone debuted can credited to this revolutionary device.  Over the past four quarters the phone accounted for $200 billion in sales which is a 52% share of total revenues for the company.  Even though it still currently accounts for a majority of one of the world’s biggest companies’ revenues, over the past few years, that share has been on the decline having peaked at 69.4% in Q1 2017. 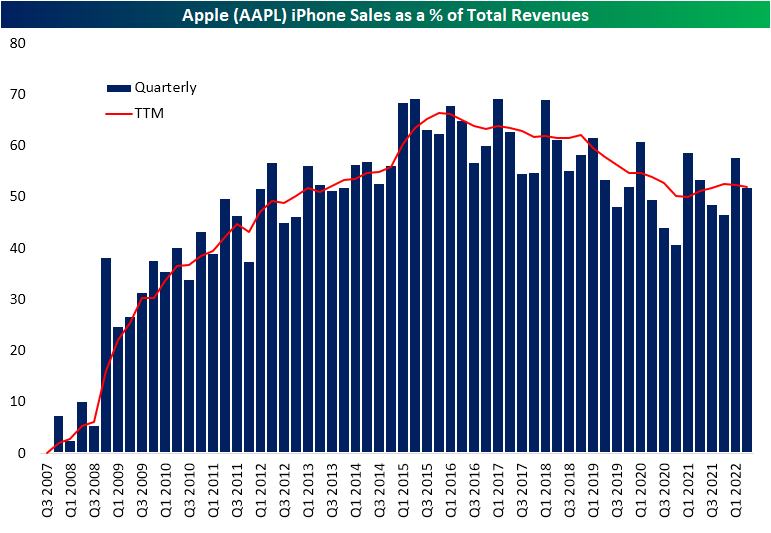 Since the first generation iPhone was released, the stock of Apple has posted astounding gains.  In fact, of all current S&P 500 members, AAPL ranks as the fifth best performer (based on price change) in the index since the iPhone debut 15 years ago.  The only stocks to have posted even more impressive gains have been Netflix (NFLX), DexCom (DXCM), Regeneron (RGEN), and Amazon (AMZN). That is not to mention that at its high earlier this year, Apple’s post iPhone rally stood above 4,000%! 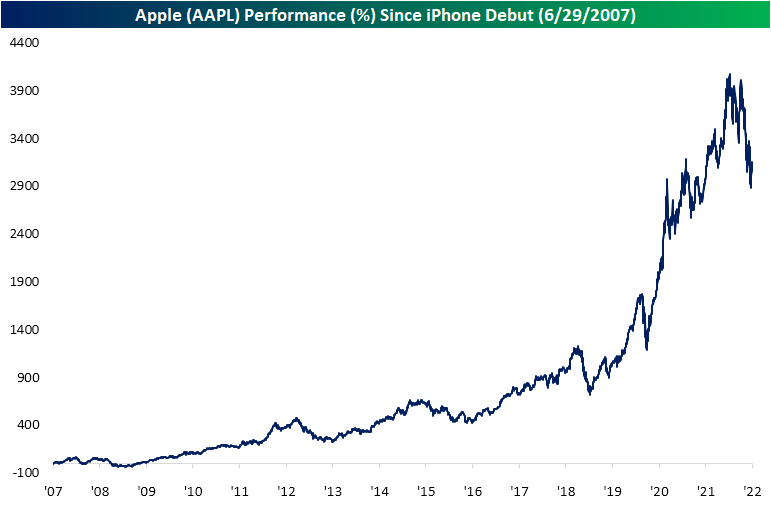 Not only has AAPL left most of the market in the dust over the past 15 years, but it is especially the case for the stocks of other smartphone makers.  Below we show the relative strength lines of various other smartphone maker stocks versus Apple (AAPL) since the iPhone debut on June 29, 2007.  While other names like Blackberry, HTC, Samsung, and LG (the latter three are USD adjusted given they trade on various Asian markets) saw some outperformance versus Apple in the late 2000s, there has been absolutely no competition over the long run. Granted its business is diversified well beyond smartphones, but Alphabet (GOOGL) also hasn’t held a candle to Apple even though its relative strength line has been better off than many other smartphone makers.  Click here to learn more about Bespoke’s premium stock market research service. 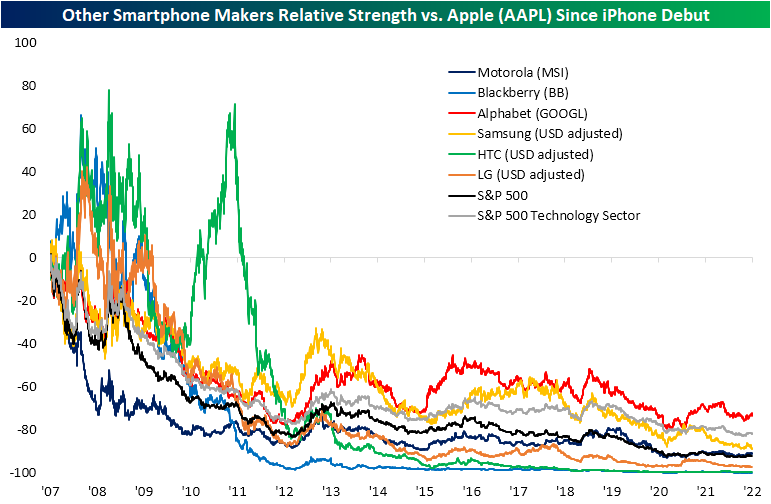