Half of Investors Bearish Again

Heading into today’s session, the S&P 500 was little changed over the past week. But even if equity prices are not reflecting it, the decimation of the crude oil market has put a dent in investor sentiment.  In this week’s AAII survey, only 24.86% of investors responded as bullish.  That is the lowest level of bullish sentiment since the COVID-19 outbreak began! The last time the bullish reading was this low or lower was on October 10th when it was 20.31%.  The 10 percentage point decline from last week’s reading of 34.86% was also the largest weekly decline since February 27th. 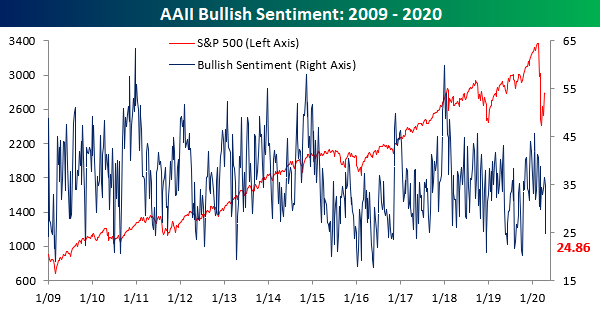 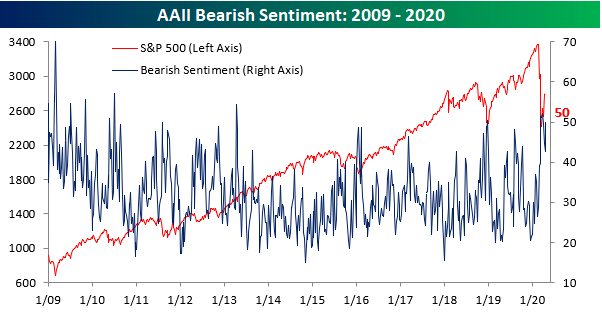 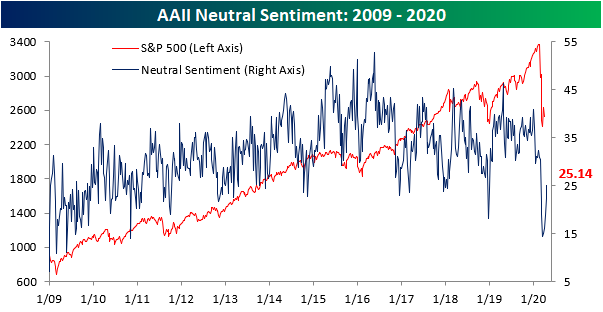