GrubHub (GRUB) shares are reacting accordingly to the reverse triple play.  The stock just opened down 33% from yesterday’s closing price, which is by far the biggest gap down on earnings that the stock has experienced since its first quarterly report back in May 2014.  Below is a snapshot of all of GRUB’s historical reports pulled from our Earnings Explorer tool.  We’ve sorted the list by opening gaps from worst to best.  Heading into this report, the biggest gap down that GRUB had experienced was a 28.58% lower open on October 27th, 2015.  That day at least, the stock managed to recover by 6.85% from the open to the close, but it still resulted in a full-day decline of 23.68%.  While it’s not much consolation given that shares are giving up a third of their value this morning, the four times the stock has gapped down at least 10% on earnings in the past, shares have at least traded up from the open to the close by 5% or more.  Start a two-week free trial to Bespoke Institutional for full access to some of the most sought after research on the street, including our Earnings Explorer tool. 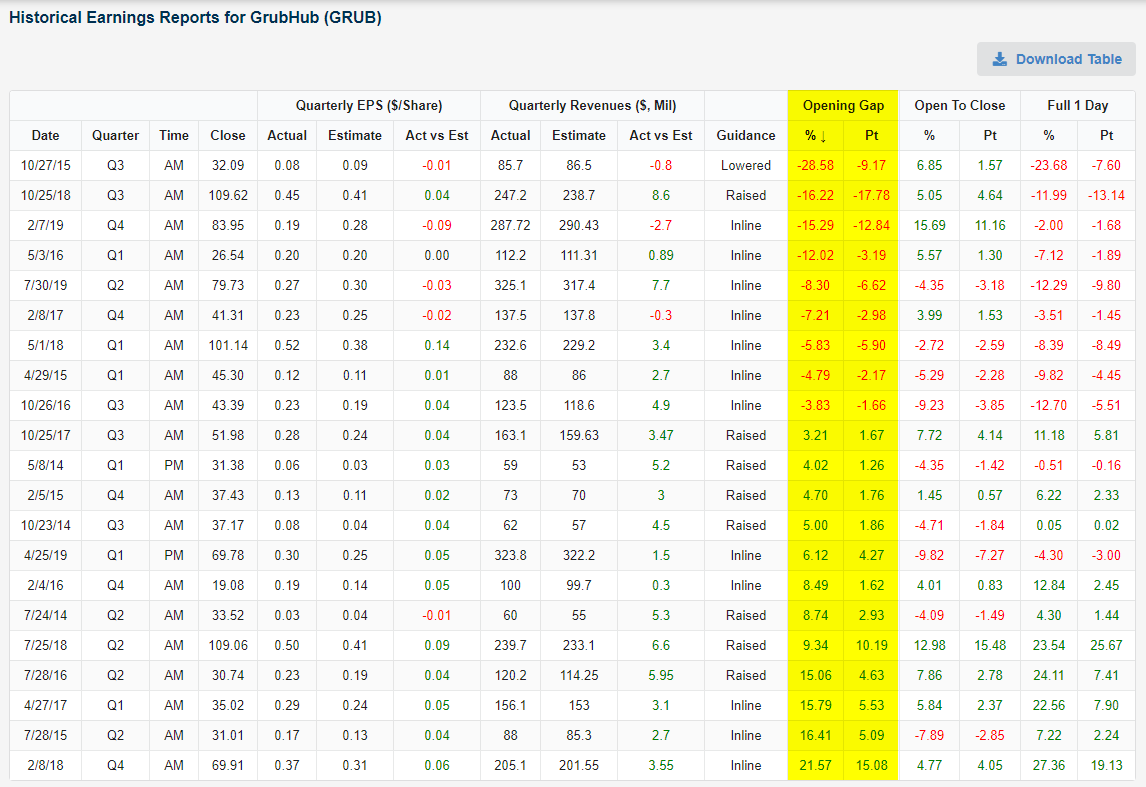