In the past couple of weeks, we have frequently been keeping tabs on small-cap equities which have been particularly strong performers of late resulting in very overbought readings as well as extended valuations.  More specifically, taking a look at growth-oriented small-caps, with only a couple days left in the year small-cap growth stocks—proxied by the Russell 2000 Growth ETF (IWO)—are on pace to have outperformed large-cap equivalents in 2020.  On December 10th, IWO surpassed the S&P 500 Growth ETF (IVW) in terms of YTD performance, and even after pulling back in the past week, IWO is still in the lead. 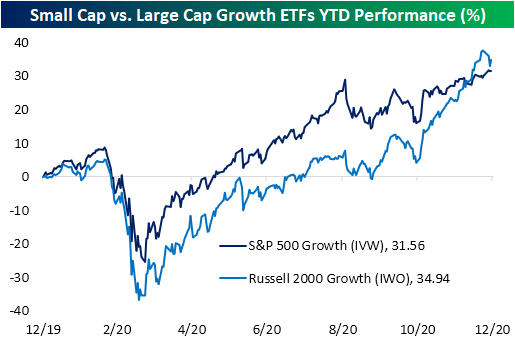 As a result of recent moves, there has been a sharp reversal on a relative basis between the two ETFs in the past week.  In the chart below, we show the ratio of the Russell 2000 Growth ETF (IWO) versus the S&P 500 Growth ETF (IVW).  This ratio took off beginning in the early fall meaning small-cap growth drastically outperformed large-cap growth.  But the former’s weakness in the past several days has put a halt to that move. 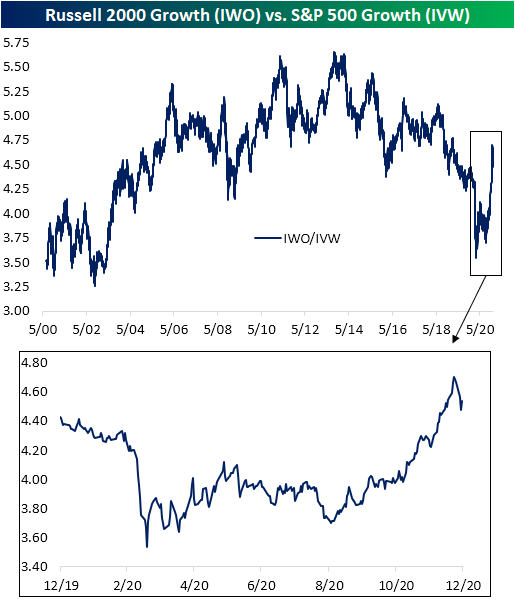 As to just how sharp of a reversal this was, in the five days through yesterday’s close, the decline in the ratio of IWO to IVW was the largest since June. Before that, April and March saw declines that were even larger. Not only was this one of the biggest drops in the relative performance of small-cap growth to large-cap growth in the past few months, but that also stands in the bottom 0.5% of all readings going back to 2000 when the ETF first began trading. Outside of this past spring, the only other periods that have also experienced this type of underperformance of small-cap growth relative to large-cap growth was at various points in 2011, 2008, and a handful of times in the early 2000s. 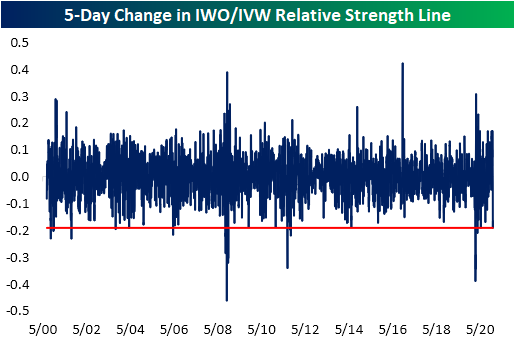 Small-cap underperformance has not necessarily been broad though.  For value stocks, small caps (IWN) have generally outperformed large caps (IVE) for the entirety of the new bull market. While there was a bit of a turn lower in recent days, it has been nowhere close to as dramatic of a move as growth stocks. 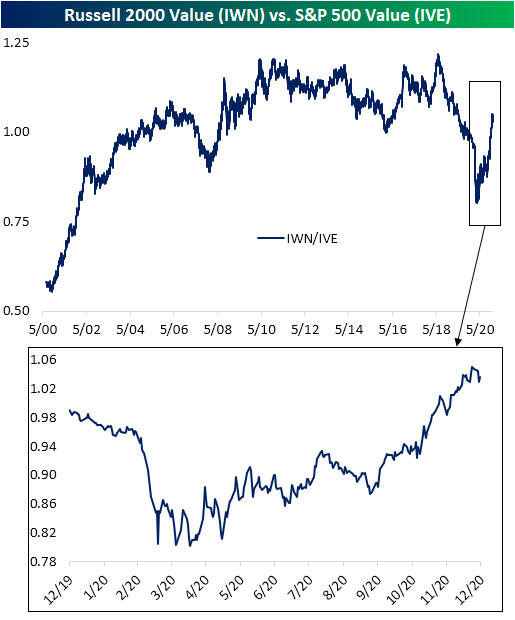 In the charts below, we show average performance over the past week of Russell 2000 stocks broken into deciles based on their price to sales and price to book ratios.  As shown, the most aggressively valued deciles have averaged the worst performance in the past week. Stocks with low P/S and P/B ratios have not been immune from the weakness, but they have held up significantly better. Click here to view Bespoke’s premium membership options for our best research available. 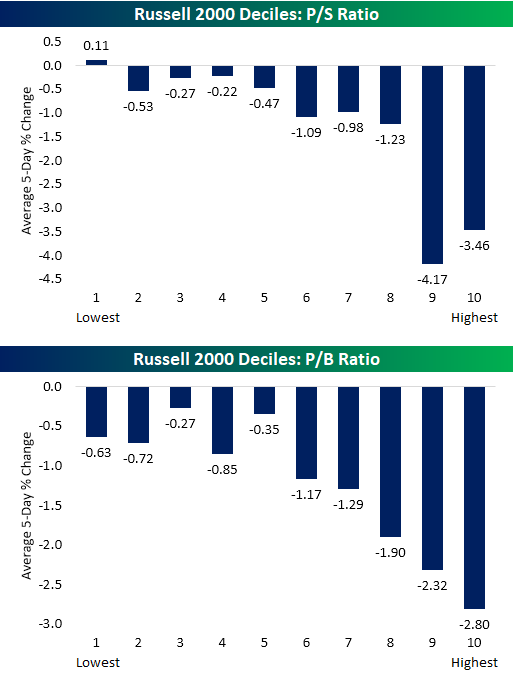