Last week, we repeatedly noted how there has been rotation back into growth-oriented sectors like Technology and Consumer Discretionary.  For example, mega-cap names like Tesla (TSLA), Apple (AAPL), and Amazon (AMZN) have been some of the top performers in the second quarter whereas they were some of the worst performers in Q1.  As a result of the strong performance of these names which all have heavy weights in the S&P 500 Growth ETF (IVW), the ETF has undergone some notable price action over the past couple of weeks.  At the start of April, IVW finally broke back above its 50-DMA after repeatedly failing to do so throughout March.  Last week, that rally continued as the ETF also broke out above its February highs. 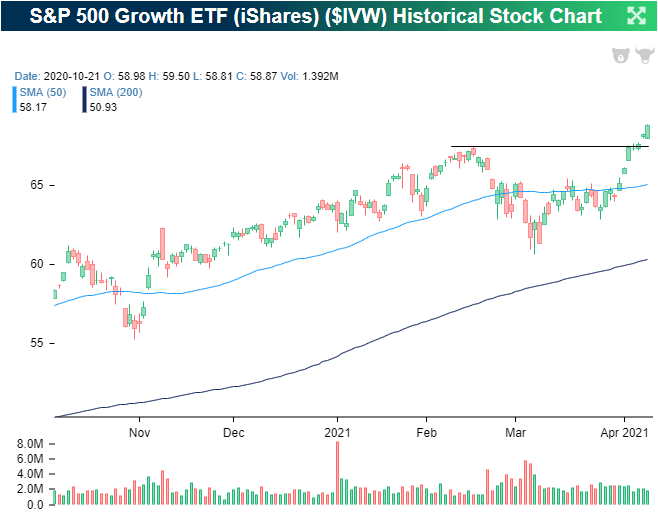 That sort of strong technical picture is not true for all growth stocks though. Instead, it is more of a market cap story.  The Russell 2,000 Growth ETF (IWO) has been stuck in a downtrend over the past few months with another failed attempt to change that last week.  Whereas IVW is extremely overbought (at least two standard deviations above its 50-DMA) as of Friday’s close, IWO is trading below its 50-DMA. 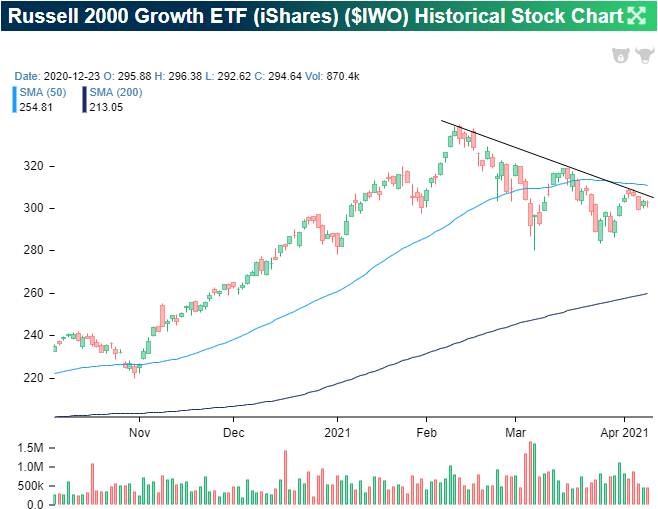 In the chart below we show small-cap growth relative to large-cap growth through the ratio of IWO to IVW.  Throughout the fall and winter, small-cap growth had been outpacing its large-cap peers as the ratio shot higher.  But in mid-February, the ratio peaked and in the past month, it has more sharply pulled back as a rotation into large-cap growth has taken place.  In fact, the ratio has fallen over 10% in the past month!  As shown in the second chart below, there have not been many times since the two ETFs began trading in 2000 in which the ratio has fallen as sharply in such a span of time.  The most recent instance was one year ago during and in the immediate aftermath of the bear market. Before that, it was almost a decade since the next most recent occurrence. 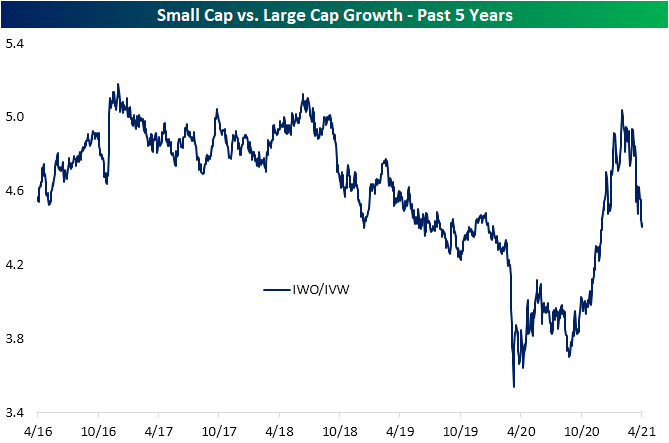 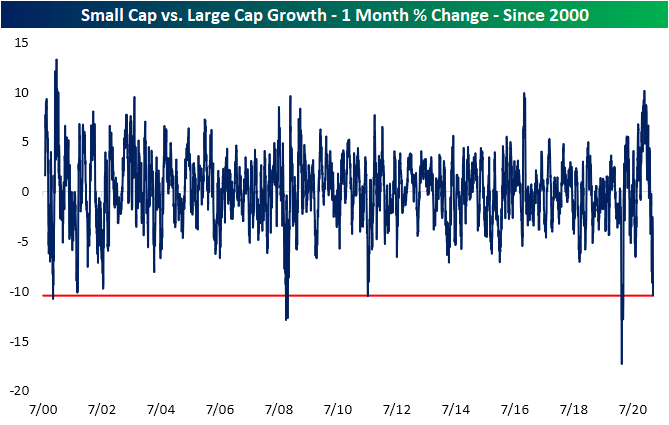 With just five prior occurrences, there is not a particularly large sample size for these types of moves, but returns have tended to be strong following past times that the ratio of IWO to IVW has fallen by at least 10 percentage points in a single month. For both ETFs, returns have been stronger than their relative norms over the following weeks and months. Small-cap growth has perhaps performed slightly better on average although that is due to smaller declines following the late 2000 instance. In other words, big outperformance of large-cap growth in the past has been generally good for growth stocks. Click here to view Bespoke’s premium membership options for our best research available.