Group Breadth Improving From a Record Low Base

After a disastrous late February and early March period, breadth among S&P 500 groups cratered to the point where not a single one of the S&P 500’s 24 industry groups were above their 50-day moving average.  Before the most recent occurrence, that’s something we hadn’t seen since early 2019. 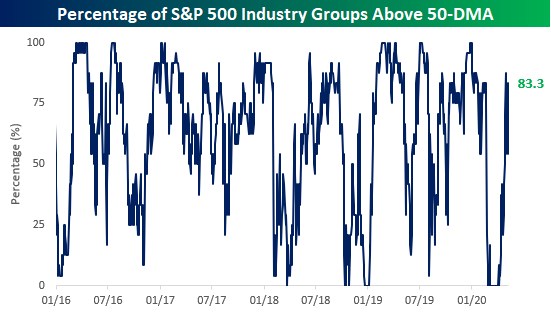 Overall breadth readings have already improved in terms of industry groups above their 50-day moving averages, but at this point, the number of industry groups with rising 50-day moving averages remains extremely depressed at just 8.3% as of midday Friday.  Similar to the streak above, during the most recent period every group had a declining 50-day moving average for 26 straight days, and that was also the longest such streak since 2008.  Granted, this is a lagging indicator and should improve the longer equities remain around current levels, but it once again serves as a reminder of how steep the declines actually were. Start a two-week free trial to Bespoke Institutional for full access to our research and interactive tools. 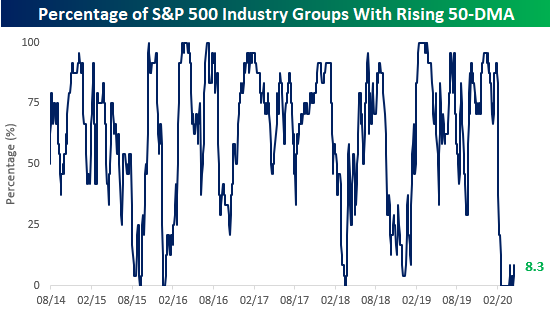