Government Problems Pulling Away From Labor Problems for Small Businesses

As we noted in today’s Morning Lineup and an earlier post, this morning’s release on small business optimism from the NFIB was a disappointment as the index missed expectations by a wide margin falling from 101.4 down to 95.9.  While the headline number experienced a sharp drop, what businesses report as their most important problem largely went unchanged from November.  As shown in the table and charts below, of the ten problems surveyed, half were unchanged MoM. Of those that were higher, “Other” saw the largest increase potentially as a result of rising COVID cases. Meanwhile, Cost/Availability of Insurance and Taxes were the others that saw an increase MoM.  On the other hand, Competition From Big Business was less frequently reported as an issue while Quality of Labor saw an even larger decline.  That three percentage point drop was the largest since April when that index fell nine points. 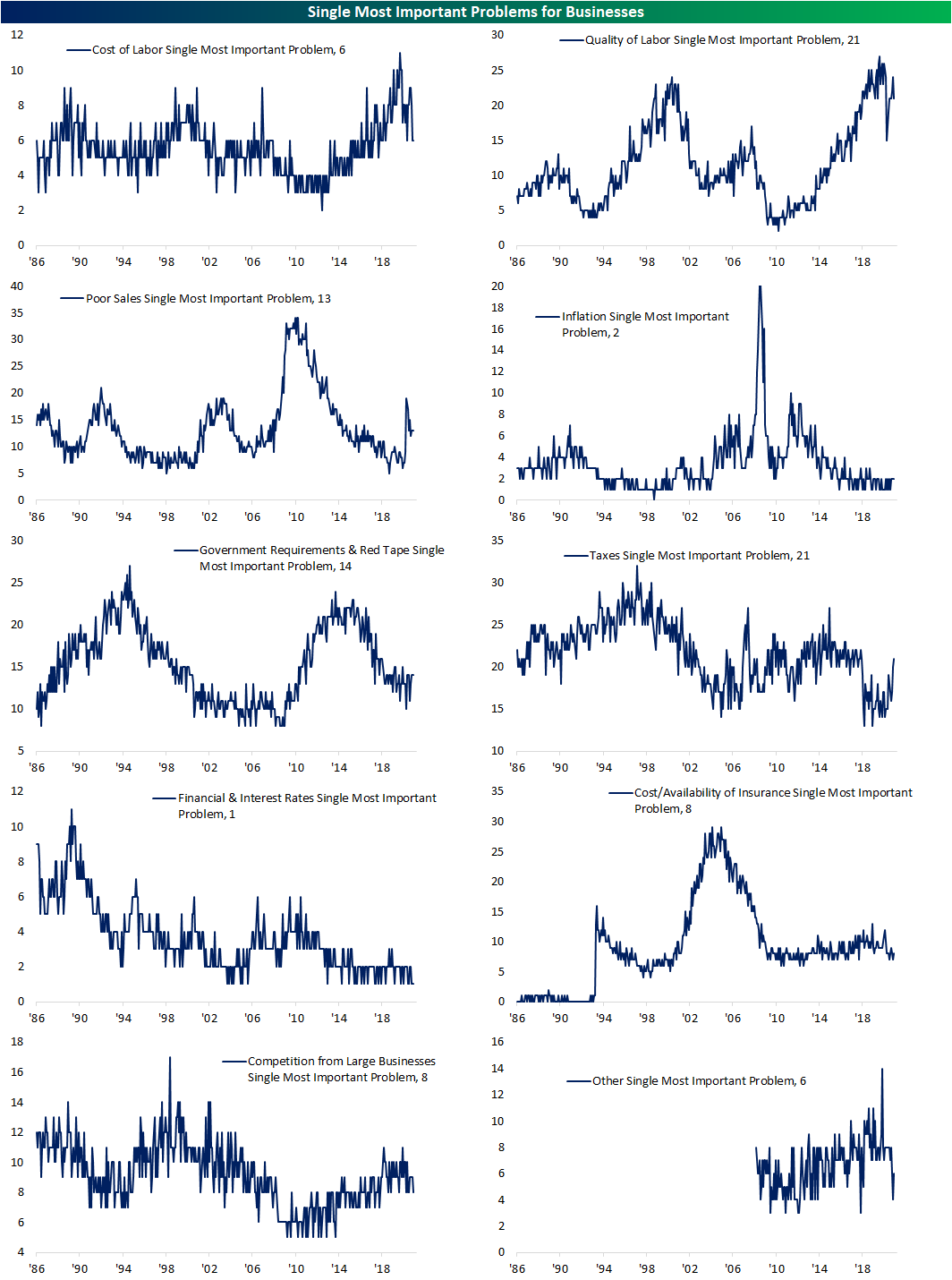 As we have noted in general with this report, small business optimism has historically been impacted by changes in the political landscape. As shown below, during the past two Republican administrations—which are typically viewed as the more business-friendly party—fewer respondents to the NFIB survey reported either government red tape or taxes as their biggest issues while the opposite was true during the Obama years and early in the Clinton administration. With an incoming Democratic administration that is more likely to favor things like higher taxes and more regulation, this reading is starting to rise once again; erasing much of the move lower that occurred during the Trump presidency. Click here to view Bespoke’s premium membership options for our best research available. 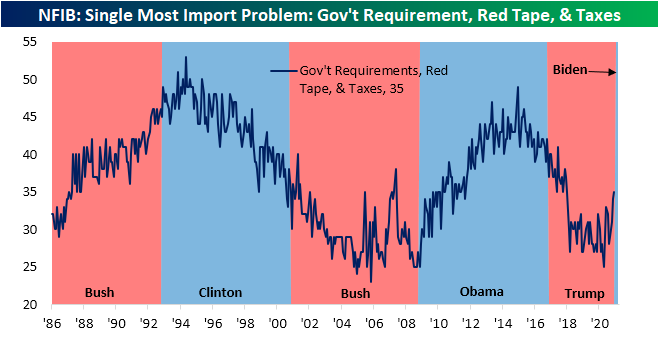