The end of October is now here and barring a massive turnaround by the close, gold is on pace to once again end the month lower. Gold peaked back in August of 2020, but since the spring it has taken a more dramatic leg lower. In spite of a high inflationary environment, the often-considered to be go-to inflation hedge has been on a relentless streak of declines. With October’s lower close month to date, gold has now dropped for a record seven months in a row.  Going back to 1975, there have been a handful of other streaks lasting for five or six months, but none until now extended out to seven. 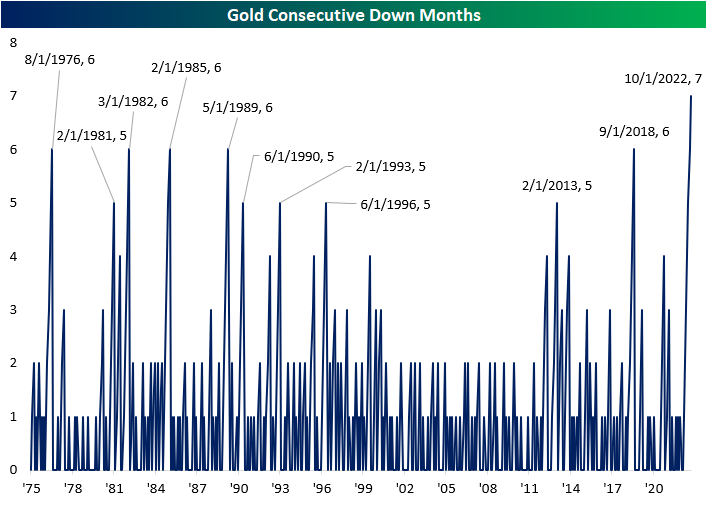 Although the current decline has been a record in length, the degree to which gold has fallen during it has not been as severe as some of the prior streaks of 5 months or more. For example, in 1976, 1981, and 1982 gold fell well over 20% compared to the current 16.1% decline.  While we do not have a crystal ball to see if gold will end this streak in November, we would note that during the month that snaps these streaks, gold’s performance tends to be particularly strong with an average gain of 5.5% compared to the norm of only a 0.5% rally for all months since 1975. Similarly, gold tends to find itself higher three, six, and twelve months later with stronger than normal performance.  Click here to learn more about Bespoke’s premium stock market research service. 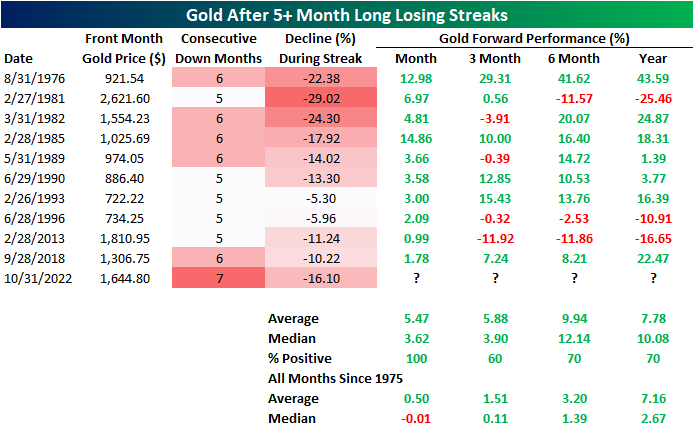