Not even precious metals have been safe from the wave of selling that has hit markets recently. While it could be expected that the massive declines in equities and big increases in liquidity would send gold or silver surging, that has not been the case.  The Gold ETF (GLD) is actually down 3.61% since the S&P 500’s high on 2/19. Meanwhile, silver’s declines are perhaps more in line with risk assets like equities.  The silver ETF (SLV) is down over 28% in that time frame. While there is that massive disparity between the two at the moment, for much of the past year SLV has been the weaker of the two metals. After both peaked in the late summer of last year, only GLD made it back up to fresh highs earlier this year. SLV, on the other hand, has cratered, reaching $12 one week ago. That is the lowest level since April of 2009. 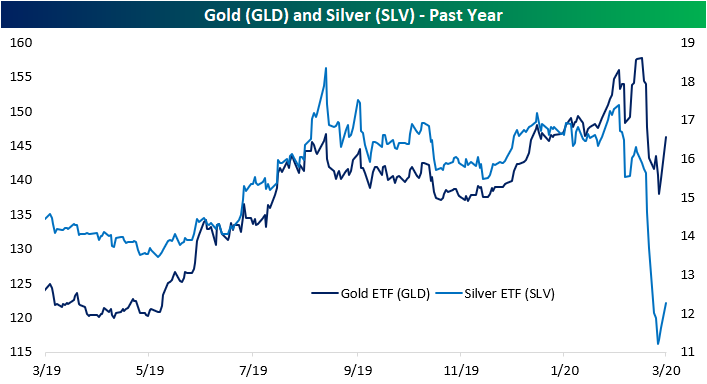 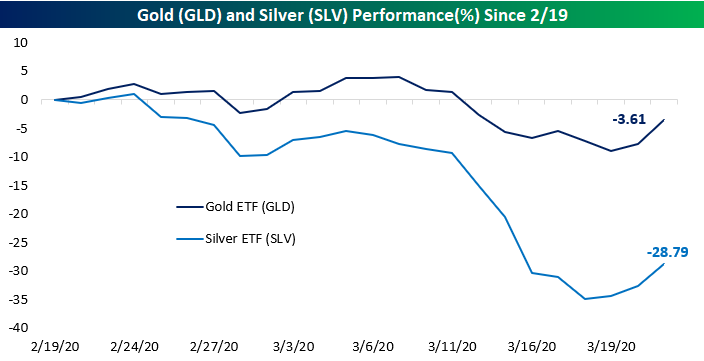 With silver underperforming by such a wide degree, the GLD (gold) to SLV (silver) ratio has gone vertical (chart below) to levels never seen since the two ETFs have both been trading (2006).  Again, gold’s outperformance is nothing new as this has been the case for most of the past decade.  But the degree of gold’s recent outperformance has been much more dramatic. Start a two-week free trial to Bespoke Institutional to access our interactive economic indicators monitor and much more. 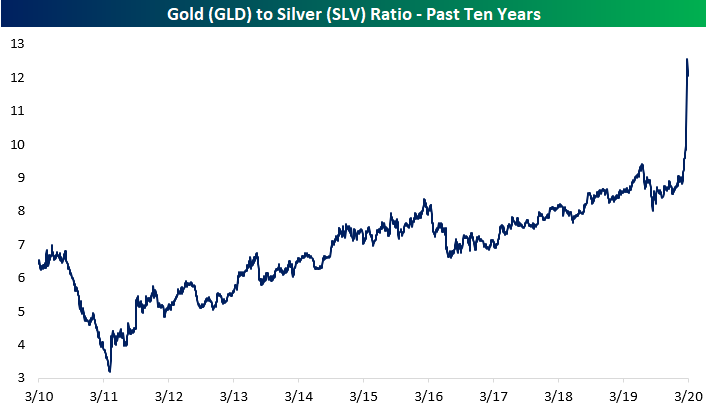