Gold (GLD) Back to Outperforming

As the US Dollar has fallen, gold (GLD) has continued to surge.  While front-month gold futures are on pace for a seventh straight day of gains and are now at a record high, surpassing the high of $1,920.70 from September 2011, the SPDR Gold Shares (GLD) still has a bit further to go.  GLD has traded around $182 this morning, which is about 1.4% away from its September 2011 highs as shown below. 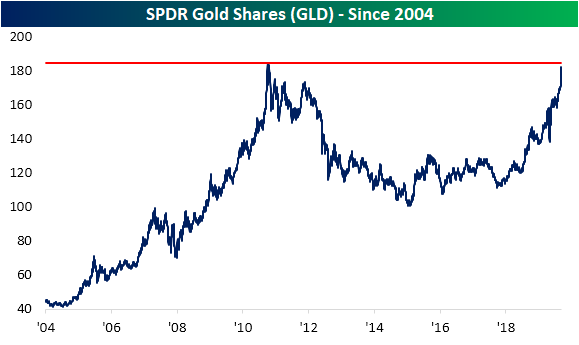 As we have frequently noted recently, precious metals have been some of the strongest performing assets in 2020 even outperforming equities.  In the chart below, we show the ratio of GLD to the S&P 500 (SPY).  As shown, over the past decade there have only been a handful of brief periods in which gold has outperformed.  That is, up until now, none of those periods have been particularly long-lasting or have resulted in a significant breakout above the past decade’s downtrend line.  In the initial months of the equity market rally off the March 23rd low, that outperformance of gold subsided as equities surged.  But in the past several days, gold outperformance has begun to break out once again. 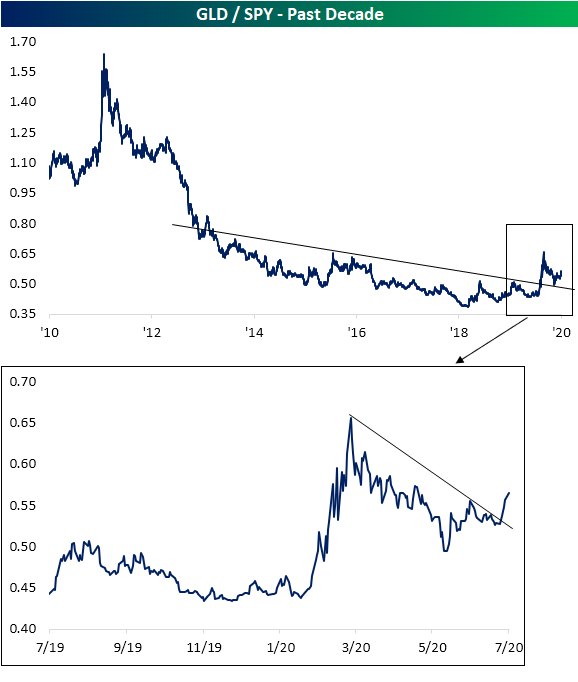 This recent strength comes leading up to what has historically been the stronger half of the year for the yellow metal.  In the chart below, we show the average year to date performance of gold across all years since 1975.  As shown, from the start of August through October has been the time of the year that gold has tended to see its largest gains. While performance has tended to subside in October, gold has picked back up in the final months of the year.  Click here to view Bespoke’s premium membership options for our best research available. 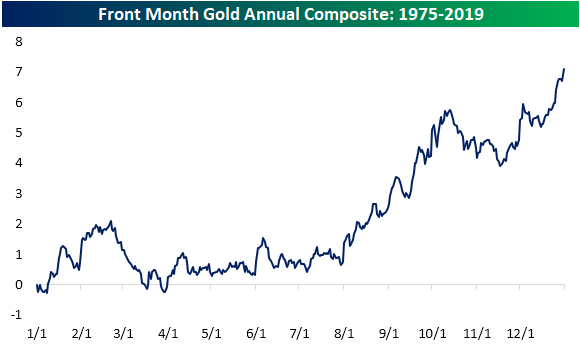