Gold Breaks Out Again But Will It Hold?

At the end of December, we highlighted in a Chart of the Day that gold was entering 2020 with a bullish technical backdrop.  After sitting in a downtrend since its peak set in early September, GLD had begun to break out on December 23rd.  Since then it has rallied 5.7% fueled by a shift towards safe-haven assets as geopolitical tensions have built with the Middle East.  In the past few days, GLD has experienced yet another breakout taking out the September 4th closing high of $146.66. 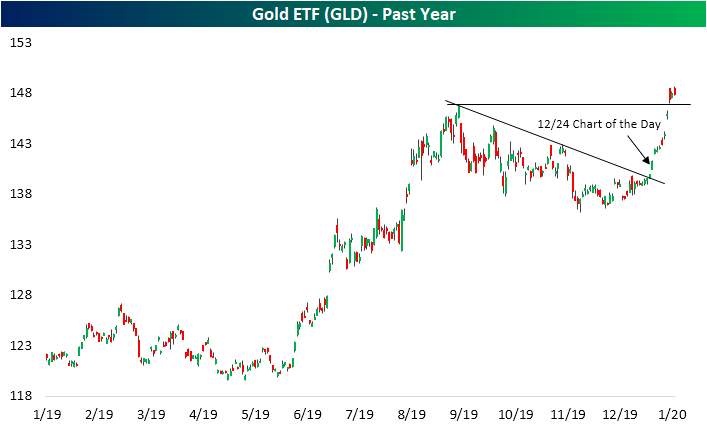 Although it has held above these levels so far, the rapid rise of the yellow metal in the past few weeks has led it to be extremely overbought by multiple measures. This means there is likely to be some form of mean reversion in the near future testing the sustainability of the most recent breakout. As shown in the chart below, yesterday’s close over a dollar above the September high has led GLD to now sit over 3 standard deviations above its 50-DMA. That is the first time it has done so since June, and before that, you would have to go all the way back to April 2016 to find a time GLD was as extended by that measure.

Similarly, another overbought/oversold indicator, the 14-day RSI, is echoing the extreme readings.  While readings above 70 typically indicate that an asset is running hot, the current reading is now over 85!  While there have only been a handful of times since the ETF first began trading that the RSI has tipped above 80, readings above 85 are even rarer.  Similar to the price in regards to the 50-DMA, the last time things got this extended were in June of 2019.  Prior to that, there have only been two other times the RSI has been 85 or greater: once in 2010 and again in 2011.  Start a two-week free trial to Bespoke Institutional to access our Chart of the Day, Trend Analyzer tool, and much more. 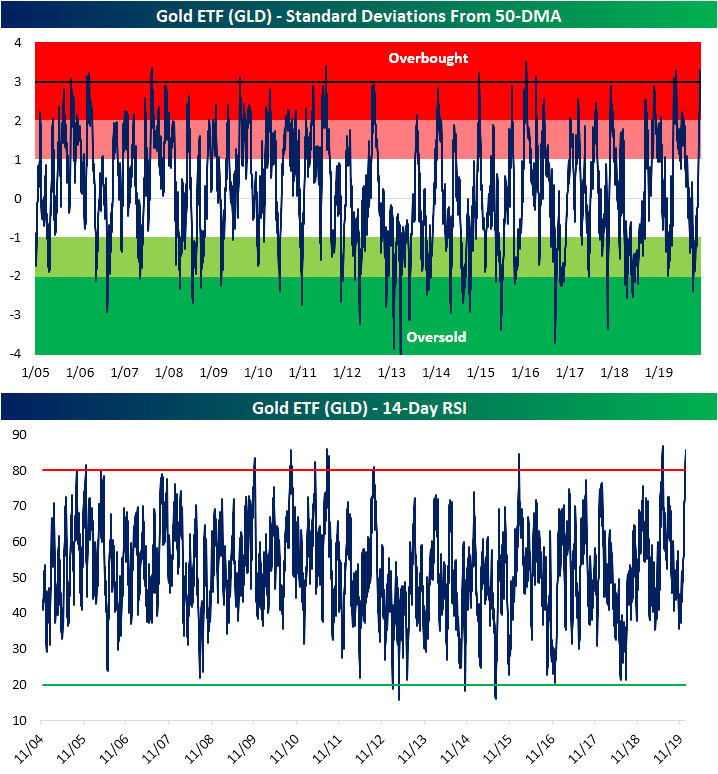