We have consistently been covering the surges in commodity prices over the past couple of weeks, and over the weekend there was yet another major development on this front. As shown below, for the first time since June/July 2008, the national average for a gallon of regular gasoline crossed above $4. As the post-pandemic period has progressed, gas prices have been rapidly on the rise but the move since the late December low of $2.83 has been outright parabolic. 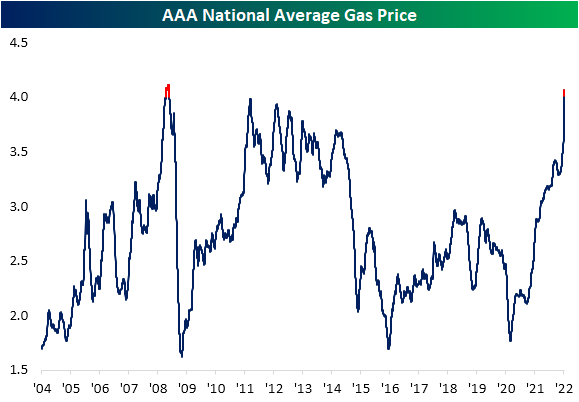 With regards to seasonality, this point of the year tends to see gas prices rise up through the late spring where they then plateau through the summer and fall until year-end. Whereas prices had been following the usual seasonal pattern, albeit growing at a slightly above-average rate, the recent surge has brought the year-to-date gain up to 23% which puts it back on the pace with the historically large year-to-date gains last year. 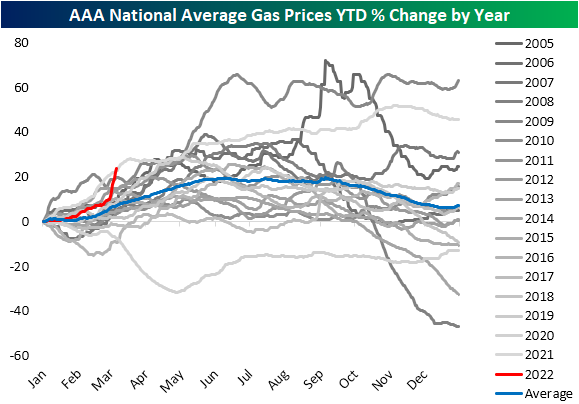 AAA also provides a breakdown of prices by state.  While the national average sits at $4.065, there are 22 states with an average price also above $4 compared to only two states (California and Hawaii) one month ago.  Today, those two still have the highest price of the 50 states. In fact, California gas prices are now well above $5. The cheapest gas in the country can be found in Missouri, Oklahoma, Kansas, and Arkansas all with prices in the $3.60 range.

As for which states have seen prices rise the most dramatically, those East of the Mississippi have all seen prices rise by over $0.50 over the last month; Alabama (+$.75) and Rhode Island ($+0.74) marking the largest increases in dollar terms. On the West Coast, California and Nevada also have seen price increases over the past month that are larger than the average for the whole country ($0.60). 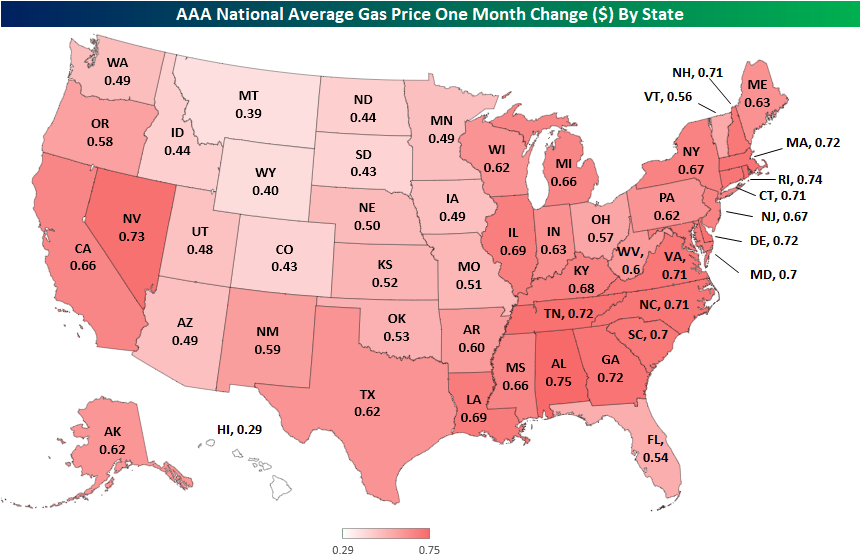 As prices surge and will likely weigh on the average American’s budget, consumers are understandably looking for a deal where possible.  In the charts below, we show Google Trends data for the search terms “Gas Prices”, “GasBuddy”, “Cheap Gas”, and “Cheap Gas Near Me.”  Google’s indices index the period which searches for a given term were the most popular to 100.  Thus a reading of 75 would be when interest was three-quarters of the peak, 50 would be a time that searches were half of the peak, and so on.  As shown, each of these terms has taken off this month and is at or approaching record highs. For the broadest search of “Gas Prices,”  September 2005 was the only time search interest was more elevated.  “Cheap gas” has also made a sharp move higher hitting levels last seen over a decade ago. A perhaps more actionable search of “Cheap gas near me” meanwhile is at the highest level ever by a massive margin.  Searches for the app “GasBuddy” which helps to find the gas stations with the lowest prices around a user’s area has also made an explosive move higher.  The only points in time with higher readings in the index were last May and September 2017.  Click here to view Bespoke’s premium membership options. 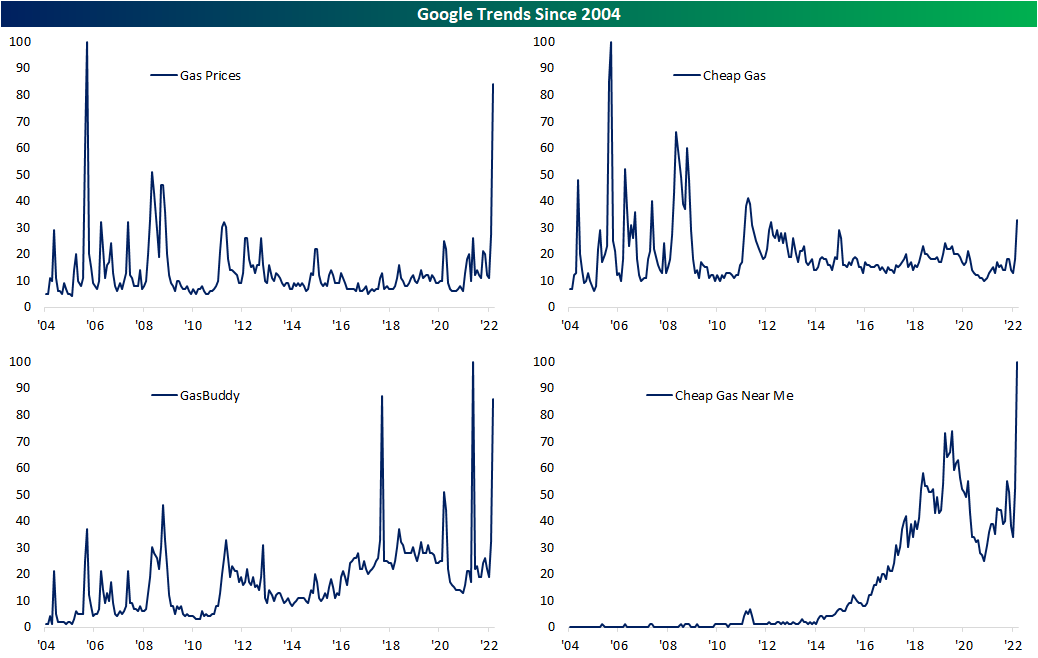