While today’s CPI print took the spotlight of positively received economic data, jobless claims have continued to rise a bit.  Seasonally adjusted initial claims rose to 225K from last week’s 1K upwardly revised level of 217K. That is 1K below the early October high for the weakest level of claims since the end of the summer. Given recent readings, claims have been trending slightly higher but remain at historically strong levels. 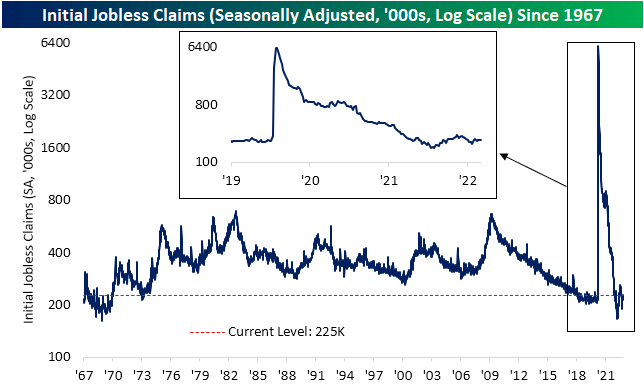 On a non-seasonally adjusted basis, claims are swinging higher as is normal for this point of the year. In fact, the current week of the year has historically seen claims rise week over week 85% of the time. That ranks fourth as the week of the year most consistently to see claims rise.  In spite of that expected increase, at 205K claims are much lower than the comparable week of years past. 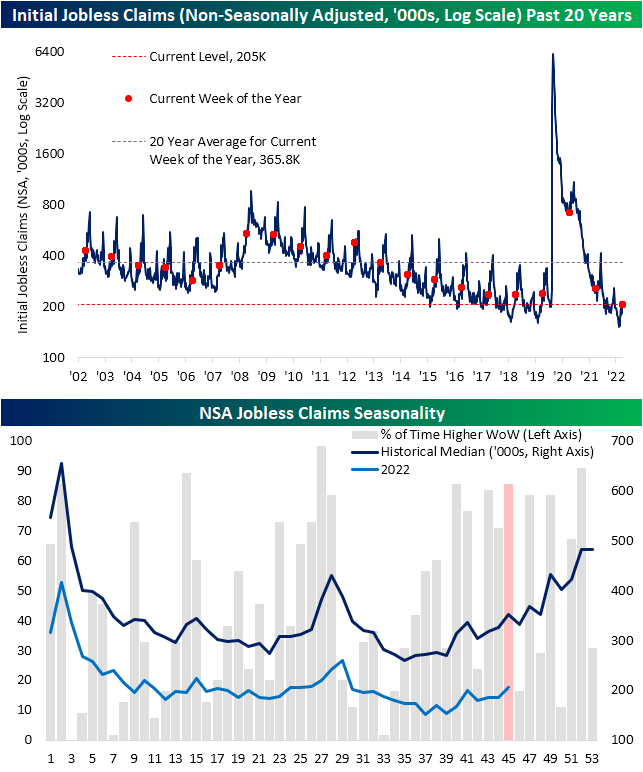 Without doubt, initial jobless claims paint a picture of solid health in the labor markets without much in the way of significant deterioration or improvement lately.  Continuing claims are similar in sitting well below pre-pandemic levels that are some of the strongest of the past several decades.  Unlike initial claims, though, continuing claims have been more consistently climbing in recent weeks.  Now at 1.493 million, claims have risen in each of the past four weeks, bringing the reading to the highest level since the end of March. Click here to learn more about Bespoke’s premium stock market research service. 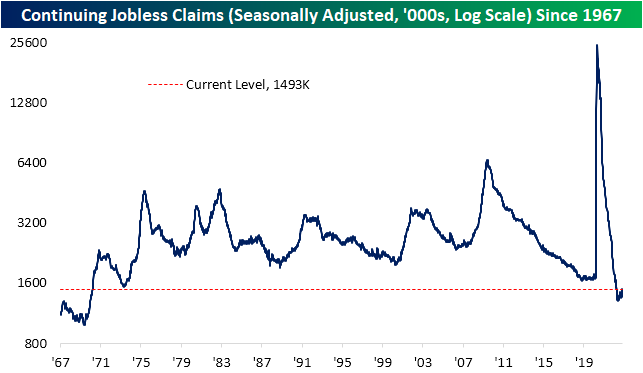