Foreclosures at Record Lows But…

In May 5th’s Closer earlier this month, we noted how monthly Black Knight mortgage data for March with some caveats was holding up despite the economic impacts of the pandemic.  Yesterday, Black Knight released their first look at April’s data. The release had some positives but overall gave a fairly bleak outlook. Starting with the good news, both new foreclosures (7,400) and the foreclosure rate (0.4%) fell to record lows in April. But the good news essentially stops there as that was largely a result of moratoriums on foreclosure activity rather than an actual improvement in borrower payments. 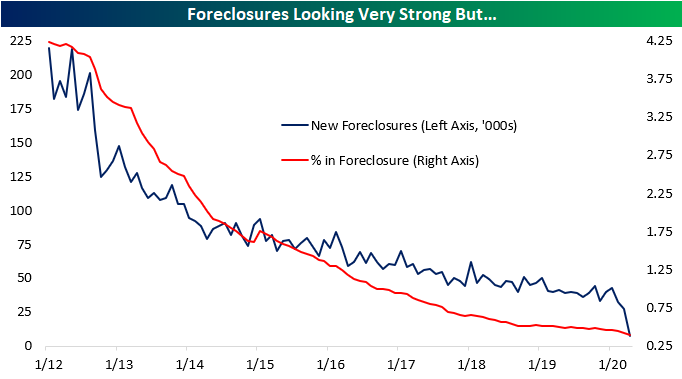 Delinquencies, on the other hand, were sharply on the rise with 6.45% of all loans now delinquent.  That nearly doubled March’s rate of 3.39% for the largest month over month increase on record which was also nearly 3x the size of the prior record from 2008 as reported by Black Knight (note: that 2008 occurrence is not shown in chart below as our data only dates to 2012). While not the case yet, those delinquencies may filter through to a rise in foreclosures down the road depending on how fast households can recover from the COVID shock to incomes. 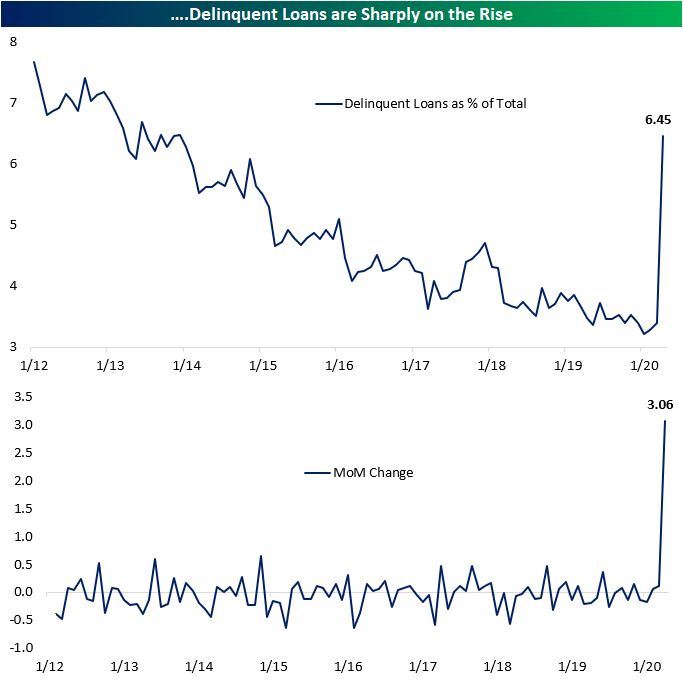 Despite the lower foreclosures at the moment, the uptick in delinquencies leaves the sum of non-current loans at 3.612 million which is the highest since January of 2015.  This sort of data is why headline indicators of housing market health like existing home sales should be treated cautiously; they’re in effect missing the lagged effects on incomes that delinquency stats capture.  Start a two-week free trial to Bespoke Premium to access our interactive economic indicators monitor and much more. 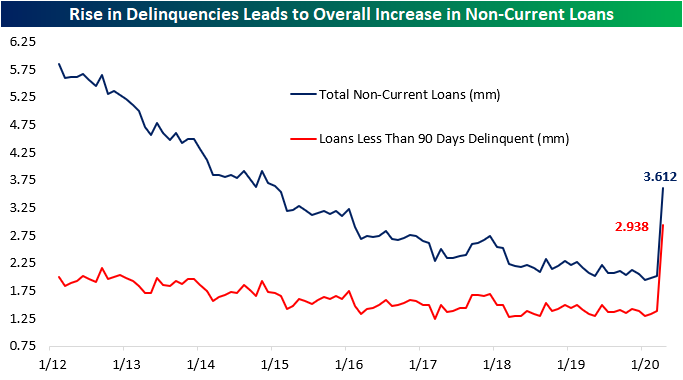