Google search trend data has shown an influx of interest in the stock market. Search interest for the phrases “stock market” and “how to buy stocks” hit record levels in March as shown in the charts below. Although currently off those peaks, only a few days into April search interest remains very elevated relative to history. Current levels have even surpassed those during the financial crisis which marked the previous peak for “stock market” as well as the smaller peaks during many of the major sell-offs during the post crisis bull run. More granular, the current sell off has seemed to have enticed first time buyers. Search interest for the phrase “how to buy stocks” first peaked during the financial crisis which remained the high up until the late 2017/early 2018 top for the S&P 500 which also coincided with the bitcoin bubble. So even if sentiment remains very bearish at the moment, the broader public—especially the rookie investor—at least seems interested in buying in. 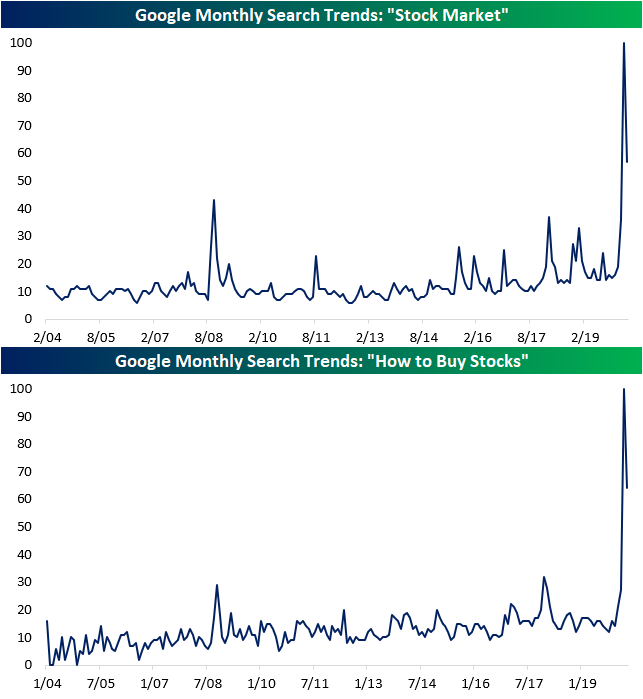 That is not to say everyone is buying though.  Search interest for those looking to short stocks reached its highest level ever in March and that has only surged more this month. Granted, interest in going long still outweighs those looking to take bearish bets as shown in the second chart below. Start a two-week free trial to Bespoke Institutional to access our full library of research and interactive tools. 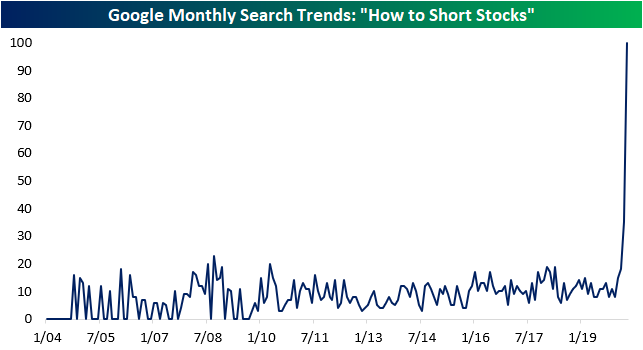 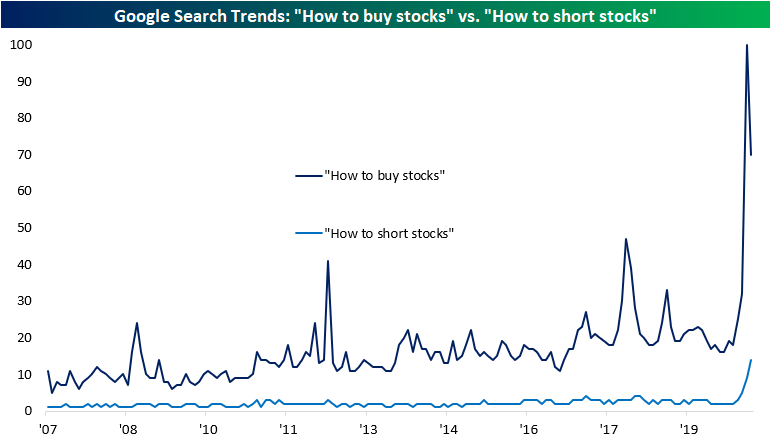