In a year with some pretty crazy charts, the one below is right up there with some of the best.  After all the markets have been through this year, bot the S&P 500 and Long-Term Treasuries have seen nearly identical returns on a total return basis. That’s right, with just a few hours left in the trading year, the S&P 500’s total return in 2020 has been a gain of 17.6%, while Long Term US Treasuries, as measured by the B of A Merrill Lynch Long-Term Treasury Index has rallied 17.3%.  What makes this nearly identical performance all the more incredible is that on March 23rd, the performance gap between the two was more than 50 percentage points. 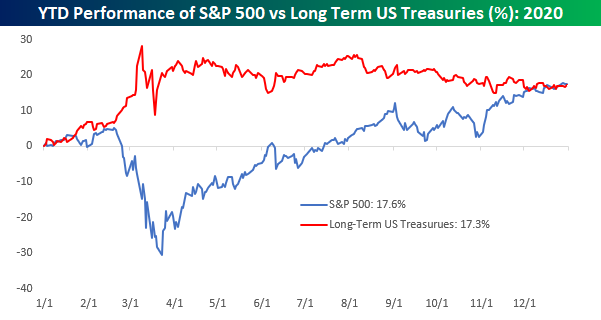 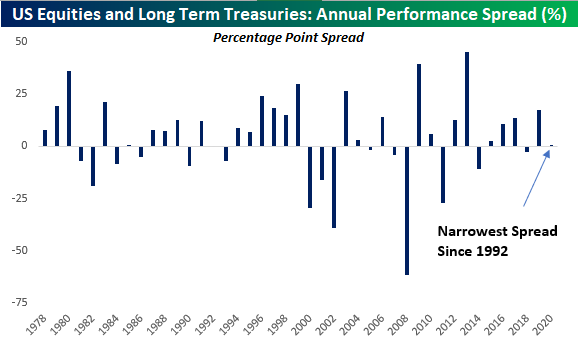