This morning, the Richmond Fed released the results of their monthly manufacturing survey for the month of August.  The report showed a solid expansion of activity in August albeit on waning optimism for the future. General manufacturing activity in the Fifth District continued to expand in August with the index rising 8 points to 18.  That is the highest level since an equivalent reading in October of 2018. That eight-point increase is still fairly large relative to the rest of history (in the 80th percentile of all month over month changes), but it was actually the least volatile move in the index since March. 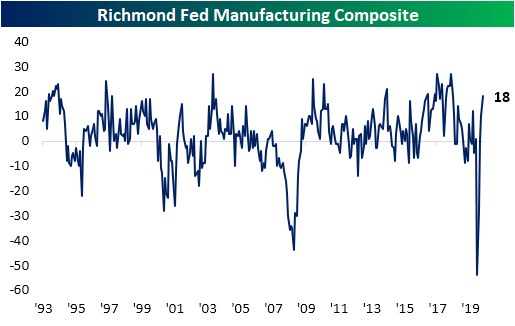 In the tables below we show the results of this month’s survey for each of the sub-indices of the report for both current conditions and future expectations.  While the indices for current conditions broadly improved—as evident through the headline number’s rise—expectations have declined dramatically. As shown in the second table, last month saw most readings in the top percentiles of all historical readings for the indices for future conditions, but this month every index with the exception of Capital Expenditures has fallen with those declines in the bottom 2.5% or worse of all monthly moves. This was the first time since October of 2015 that all but one of the 17 indices for future expectations fell in the same month.  Sentiment towards the future saw a pretty significant turnaround in the span of a month. 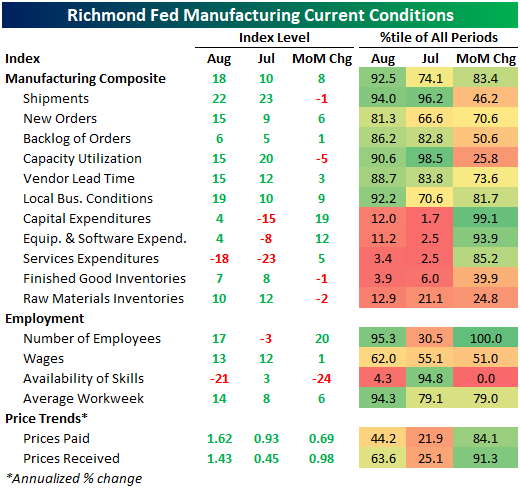 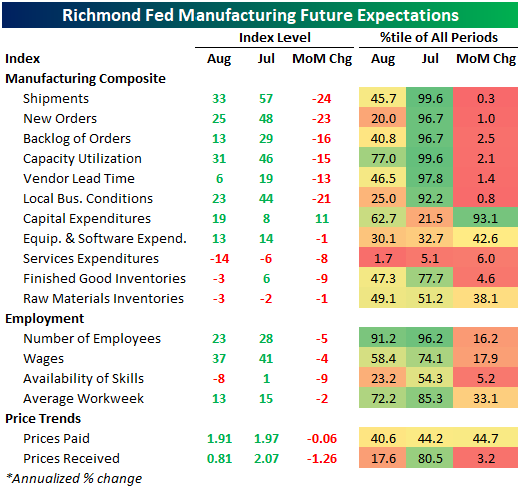 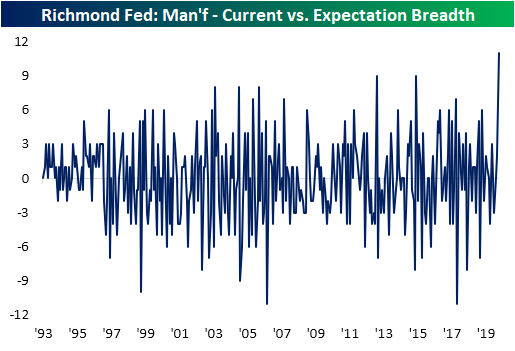 Future indices were not alone in experiencing historically big moves though. As shown below, the index for the Current Number of Employees climbed to its highest level since March of last year thanks to a 20 point jump in August. That is the most this index has gained in a single month ever. Additionally, that marked the first expansion in employment since February. But on the other hand, the index for Availability of Skills Needed plummeted by 24 points to a contractionary reading of -21.  That marks a return to contractionary readings after a one month break in July and the lowest level for this index since March.  In other words, businesses are beginning to ramp up hiring, but they are struggling to find workers with the right skills. 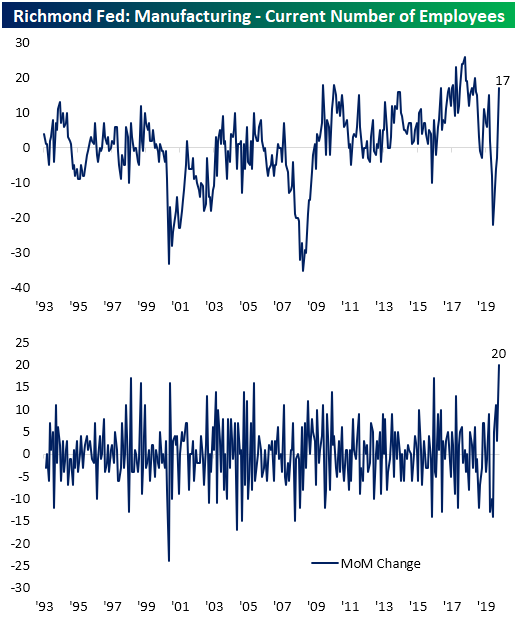 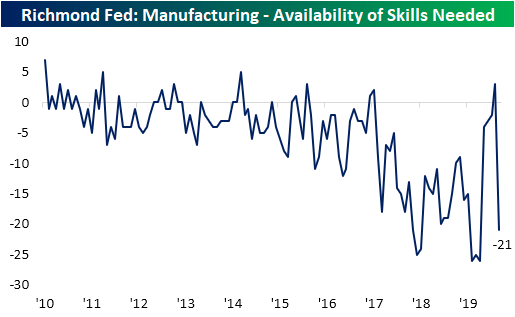 Alongside labor, capital is also on the up and up with the indices for Equipment and Software Expenditure and Capital Expenditure both moving into expansionary territory for the first time since March. For Capital Expenditures, this month’s increase was in the top decile of historical moves as well.  Meanwhile, Business Services Expenditure remains weak but likewise improved in August rising from -23 to -18. 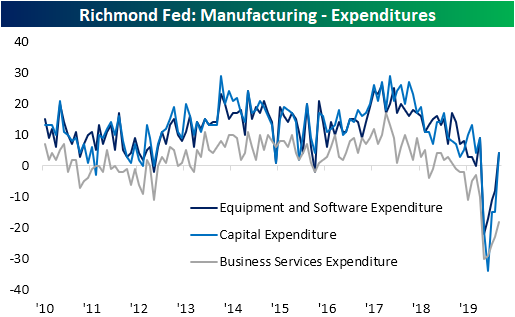 In addition to the manufacturing indices, the Richmond Fed also released service counterpart indices.  These have fared far worse throughout the pandemic with most readings continuing to sit in contraction territory, but there has continued to be some improvement.  August saw all but one of these indices for current conditions increase. This brought the indices for Revenues, Employees, and Wages all out of contraction. But, like the manufacturing report, future expectations hit the brakes.  Start a two-week free trial to Bespoke Institutional to access our interactive economic indicators monitor and much more. 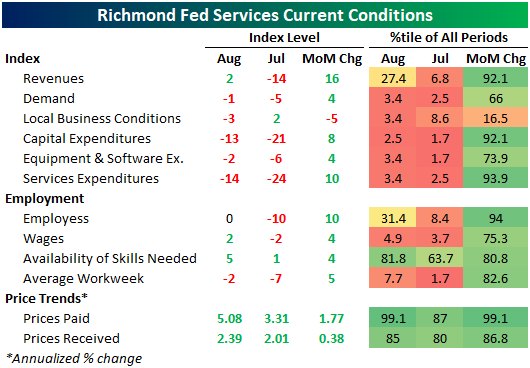 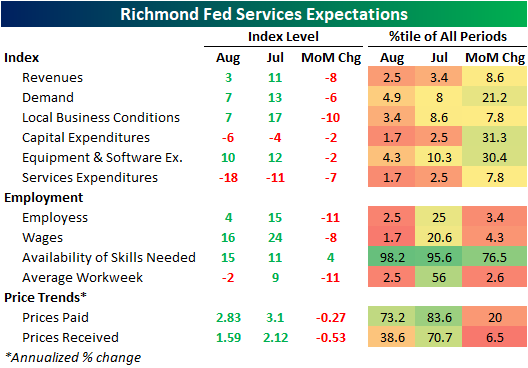