The fifth and final regional Fed manufacturing survey for the month of October was released this morning from the Fifth District (Richmond), and like the saying goes, we saved the best for last.  The Richmond Fed’s composite reading on the manufacturing sector rose 8 points to a record high of 29. 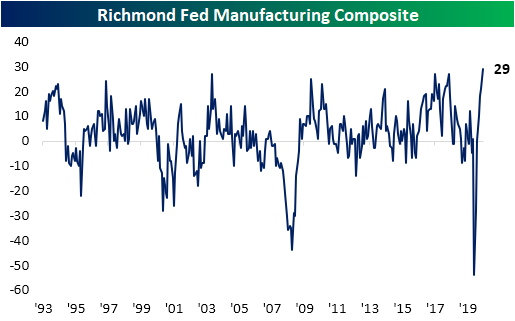 With the headline number at a new record high, several of the sub-indices of the report including the three main inputs to the composite index—shipments, new orders, and number of employees—are also around some of the highest levels on record.  Only the indices concerning expenditures, inventories, and availability of skills remain at the lower end of their historical ranges. 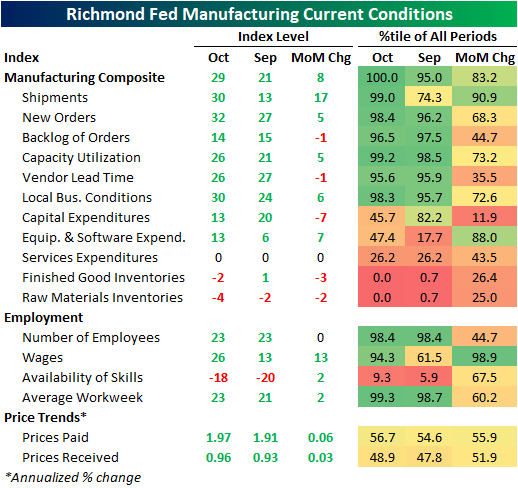 Demand continues to strengthen as the index for New Orders rose for a sixth straight month, gaining another 5 points in October. Now at 32, the most recent reading is tied with November of 2017 and April of 2010 for the fourth-highest reading on record. The only higher readings came in September of 1997 (35), March of 2004 (34), and June of 1994 (33).  Meanwhile, the index for Backlog of Orders is still in the upper 5% of all readings, but that is lower this month after falling slightly from 15 to 14. That means as new orders also continue to come in at a historically high rate, existing orders continue to rise but at a slightly slower pace than September. Part of that reason is likely because businesses have continued to ramp up shipments.  That index rose significantly this month jumping 17 points to the joint second-highest level on record. 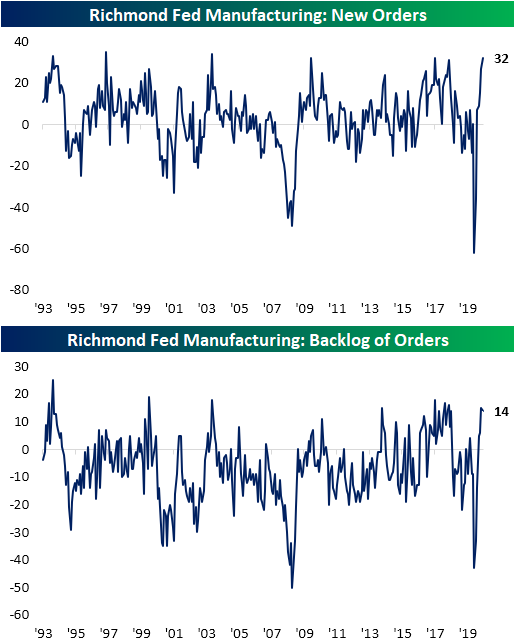 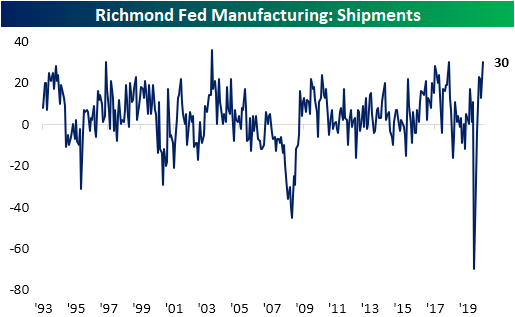 While historically high orders are being met with near-record production (Capacity Utilization is in the 99th percentile), it is still not enough to meet demand.  As shown below, businesses are reporting lower levels of inventories for both finished goods and raw materials.  Both indices fell to record lows in October. 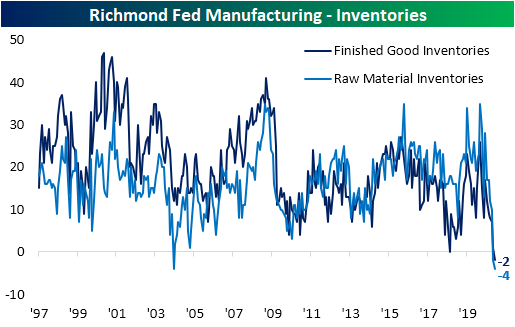 As for employment, the index for Number of Employees was unchanged at 23 in October.  While there was not any improvement or deterioration, that is in the upper 2% of all readings.  Even though businesses did not raise hiring, they appear to be making do with what workforce they have.  Average workweek rose this month to 23 from 21 in September.  Once again, this is in the top 1% of all readings in the history of the index. The only negative concerning employment showing up in the data is Availability of Skills which once again came in the bottom decile of its historical range. In other words, business hiring appears to be throttled by a lack of appropriately skilled labor. 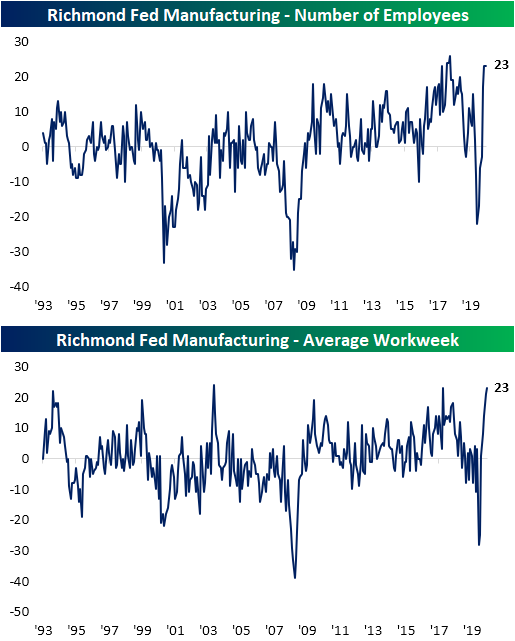 While the indices for current conditions were generally strong this month, expectations were another story.  Businesses continue to generally be optimistic for the next six months, but sentiment saw a significant moderation as most indices experienced declines that were in the bottom 5% of all month over month changes. In the case of Number of Employees, the 24 point decline from a record of 47 last month was the biggest MoM decline on record. 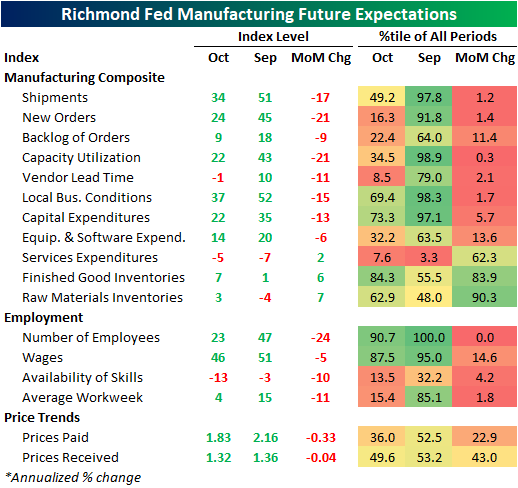 In addition to manufacturing data, the Richmond Fed also includes indices of the service sector.  Whereas demand continues to surge for the region’s manufacturers, service sector demand has continued to improve but decelerated in October. Despite this, revenues have continued to rise sharply. Similarly, the index for Employees saw a significant uptick in October rising 12 points. The October reading is now indicative of rising levels of employment for the first time since March. Additionally, while the manufacturing survey indicated modest increases in prices, the services data indicates prices are running a bit hotter, particularly for prices paid. Click here to view Bespoke’s premium membership options for our best research available. 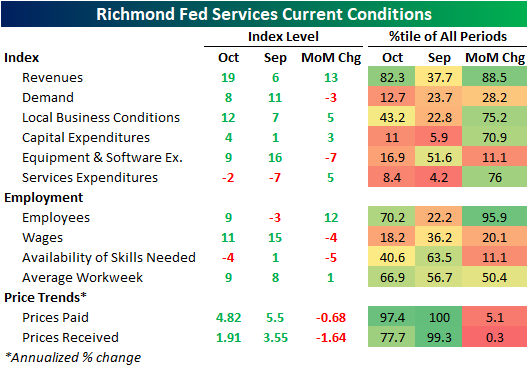 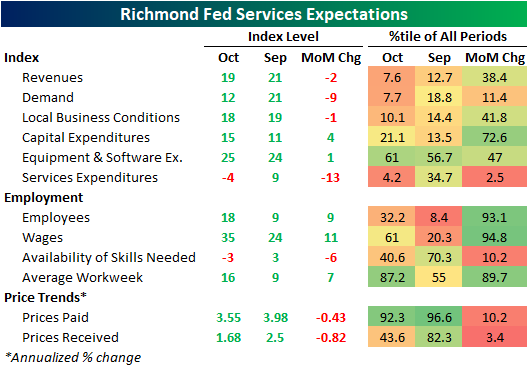