The S&P 500 is flat on the week but the index did tag record highs on Monday.  In spite of this, sentiment has turned lower as the AAII survey showed bullish sentiment fall four percentage points to 36.2% this week.  That took out the low of 36.4% from the week of May 27th to make for the lowest reading since the last week of October. 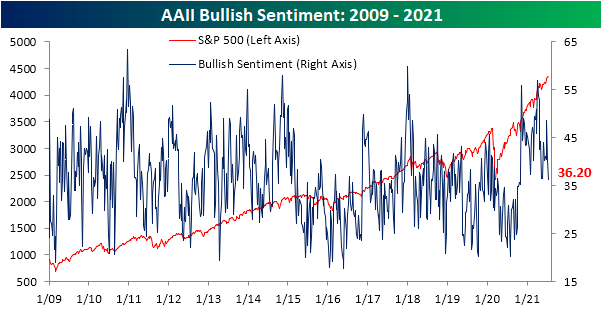 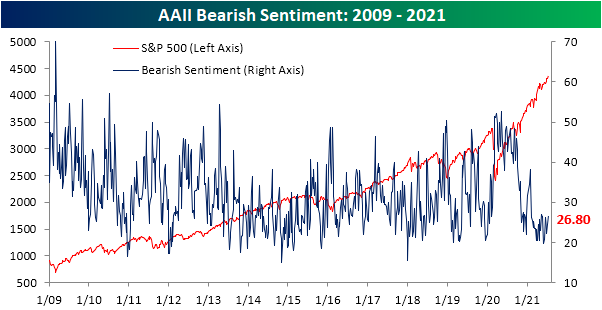 With bearish sentiment having risen only slightly while bullish sentiment experiences a more significant decline, the bull-bear spread has fallen to 9.4.  That is at the low end of the past several months’ range. 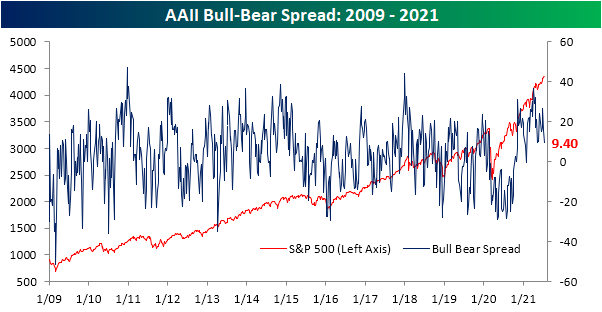 Instead, the losses to bullish sentiment have been picked up by the neutral sentiment camp as this week’s reading topped 37%.  While late May and early June saw similar to slightly higher readings, that level of neutral sentiment is elevated relative to the historical average of 31.43%. 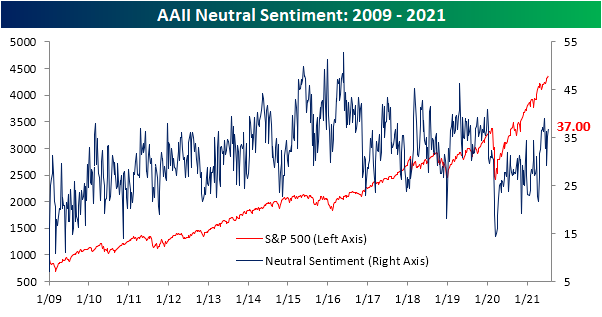 Overall, the AAII survey has shown individual investors have become increasingly less optimistic, albeit not outright bearish, over the past few weeks. And while that may be the case for this group, equity newsletter writers have been another story.  The sentiment survey from Investors Intelligence (II) covering this section of the market participants has maintained a more optimistic outlook. This week, 61.2% of respondents reported as bullish which is the highest reading since April. That also comes in the top 5% of all readings since the start of the survey in the early 1960s.

In the chart below, we show the spread in the bullish sentiment readings of the AAII and Investors Intelligence surveys. This week, that spread fell down to -25 (meaning the percentage of respondents reporting as bullish in the AAII survey is 25 points lower than in the Investors Intelligence survey).  That is the lowest reading in the spread since October and it is also in the bottom 5% of all periods. 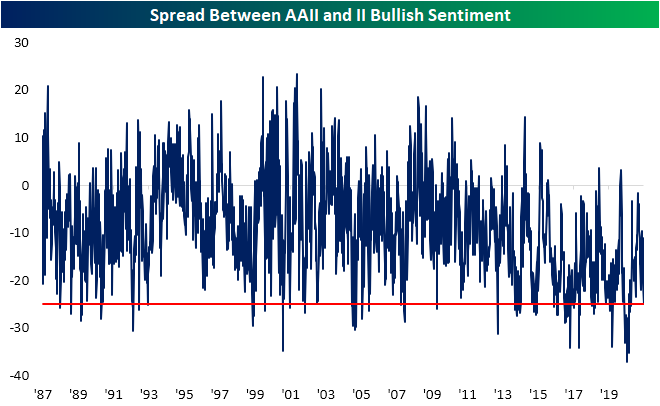 There have been 20 times in which the spread has dipped below -25 without having done so in the prior six months.  As shown, these instances are not particularly rare with about a year or two between each one.  But what is notable about the current instance is how elevated the bullish sentiment readings are for each survey.  As for what this means for the performance of the S&P 500, in the near term performance has tended to have a negative bias, but moves higher are much more consistently seen in the months to a year after. Click here to view Bespoke’s premium membership options. 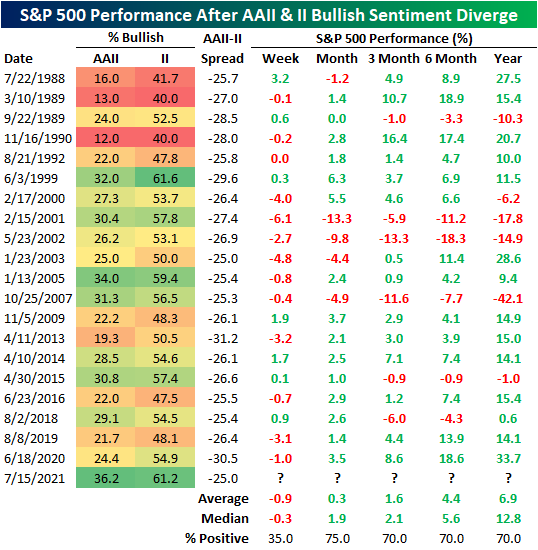