There are six scheduled Fed speakers today, including multiple appearances from Governor Quarles. That’s a lot to keep track of and it may feel like that’s the new normal after an absolute deluge of public comments from FOMC members following the introduction of their new long-term monetary policy strategy in September and more detail around its implementation at the September policy meeting. The result is a record number of headlines from FOMC members. By our count, based on actual public appearances through September 28th and scheduled appearances the rest of the week, the two weeks ending Thursday will have been the busiest slate of Fed speakers since we began tracking all public comments from the FOMC in mid-2017. 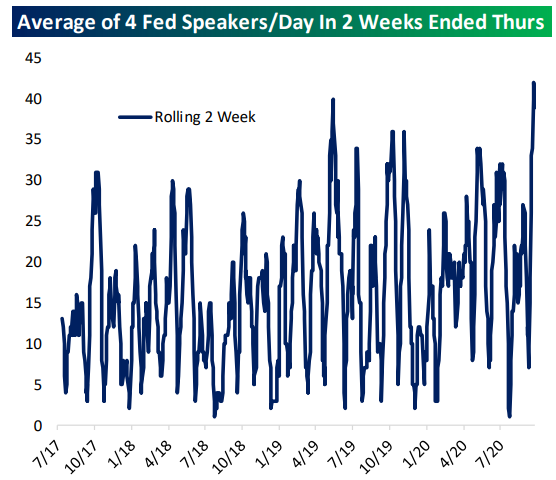 As for what they’ve been saying, we note two themes: first, outright dovishness about the outlook, but also an insistence that more fiscal policy is necessary even as more and more members of the FOMC come to the realization that there won’t be any more fiscal support until next year. As shown below, using our rolling 20-speech average assessment, we grade the recent run of Fed speakers as one of the most dovish since our tracking began. For a full summary of all speeches, make sure to check out our Fedspeak Monitor, which is regularly updated with brief summaries of FOMC comments (and links to their full speeches when possible).  This analysis was originally published in our post-market macro report — The Closer — last night.  Click here to start a free trial to Bespoke Institutional and receive our nightly Closer for the next two weeks, featuring more commentary and data on macro markets. 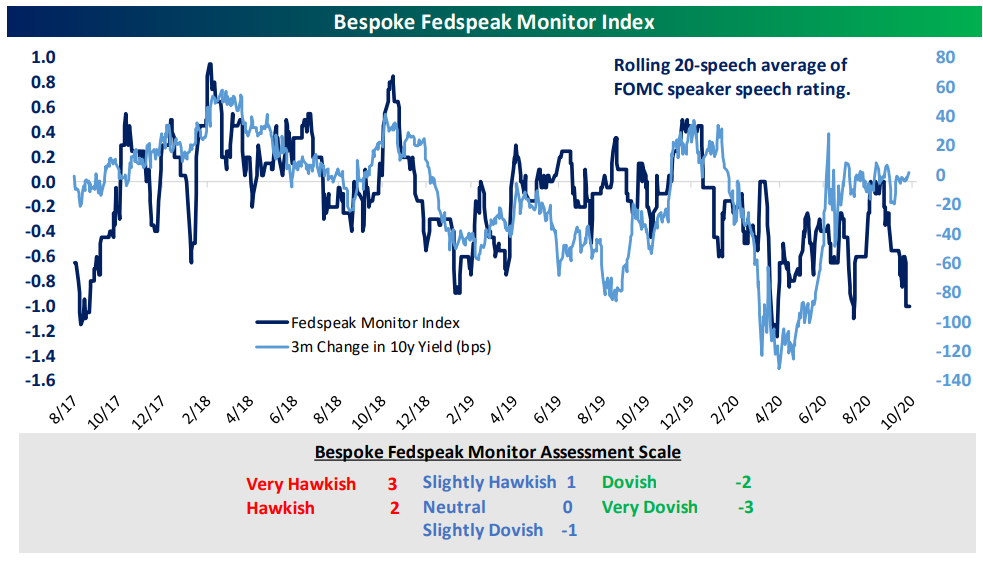