The S&P 500 has gained more than 1% on each of the last four Fed Days going back to March.  The March meeting was the first rate hike of the Fed’s current tightening cycle, and every meeting since then has seen a hike of at least 50 basis points.  Each time, the S&P surged on the day of the hike. 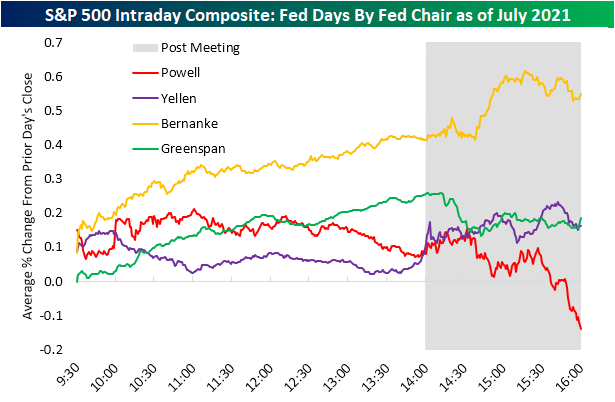 What a difference a year makes.  Below we show the S&P’s average intraday performance on Fed Days by Fed chair updated through the most recent FOMC meeting this week.  Whereas Powell Fed Days were by far the worst for the market at this time last year, they’re now the second best behind only Bernanke Fed Days. 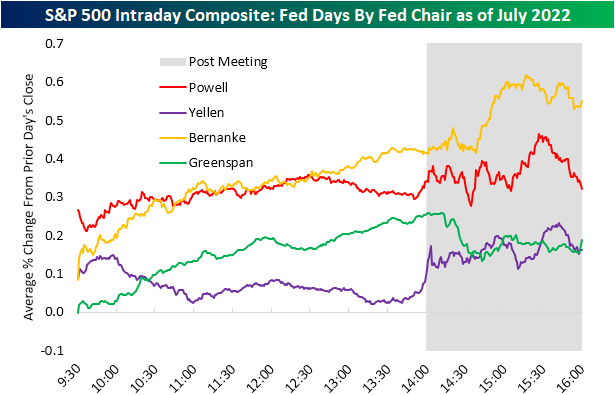 To highlight the improvement in the market response to Fed Chair Powell another way, below we show the full-day percentage change of the S&P 500 on Fed Days during Powell’s tenure as well as how the cumulative averages have evolved for both the full-day change and performance from 2:30 PM ET through the close (encapsulating the market response to the presser, or the chair more directly).

As you can see, the S&P was extremely weak on Powell Fed Days early on during his tenure, but over the last year, the market has reacted extremely positively.  Seven of the last eight Powell Fed Days have seen positive moves for the S&P, with the last four all seeing gains of more than 1%. Click here to learn more about Bespoke’s premium stock market research service. 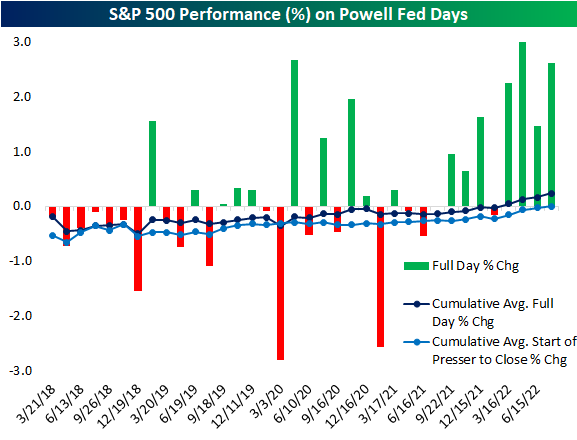