One week ago, mega-cap Tech as measured by the NYSE FAANG+ index was trading right around its 50-DMA after successfully testing its 200-DMA not long before. After rallying 6.44% in the past five days, the index of FANG+ stocks is now back at a 52-week high. 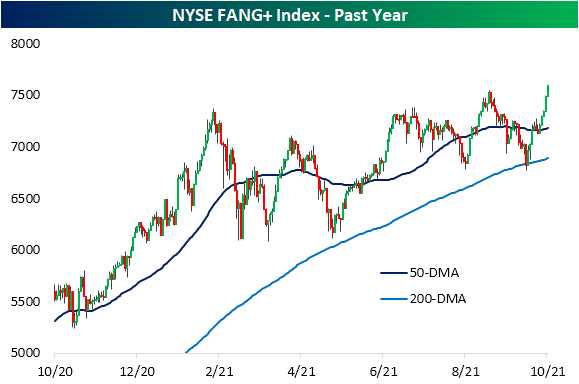 In the chart below we show the relative strength lines of the five largest S&P 500 stocks as well as the FANG+ index versus the S&P 500. Microsoft (MSFT), Facebook (FB), and Apple (AAPL) have generally performed in line with the broader market over the past year.  More recently, FB has given up any outperformance it had versus the S&P 500 as the stock has come under pressure over the past few weeks.  Meanwhile, the broader FAANG+ space has seen its relative strength line turn higher.  Two standout stocks on opposite ends of the spectrum for relative strength have been Alphabet (GOOGL) and Amazon (AMZN).  Both have seen fairly flat moves in their relative strength lines since the late summer, but from their performance earlier in the year, GOOGL has distanced itself to the upside whereas AMZN has lagged behind other mega-caps. 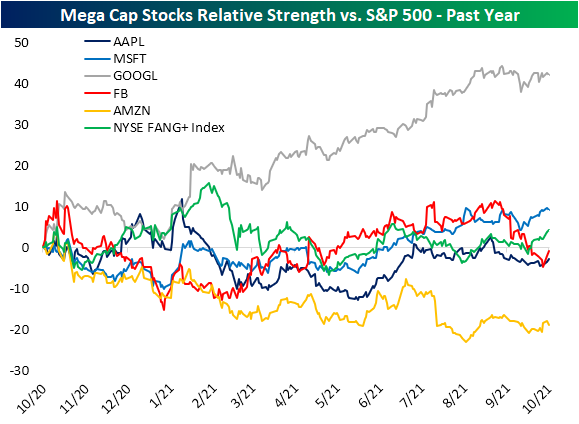 We would also note that a large portion of FAANG—or FAAN(M)G when including Microsoft—is scheduled to report earnings in the coming week.  Of these, Twitter (TWTR) and Netflix (NFLX)—which reports tonight—have historically been the most volatile stocks on earnings with each one averaging a move of more than 12% (up or down). TWTR is also one of the only ones in the group to average a full-day decline on its earnings reaction days as shown in the snapshot of our Earnings Explorer below. Click here to view Bespoke’s premium membership options. 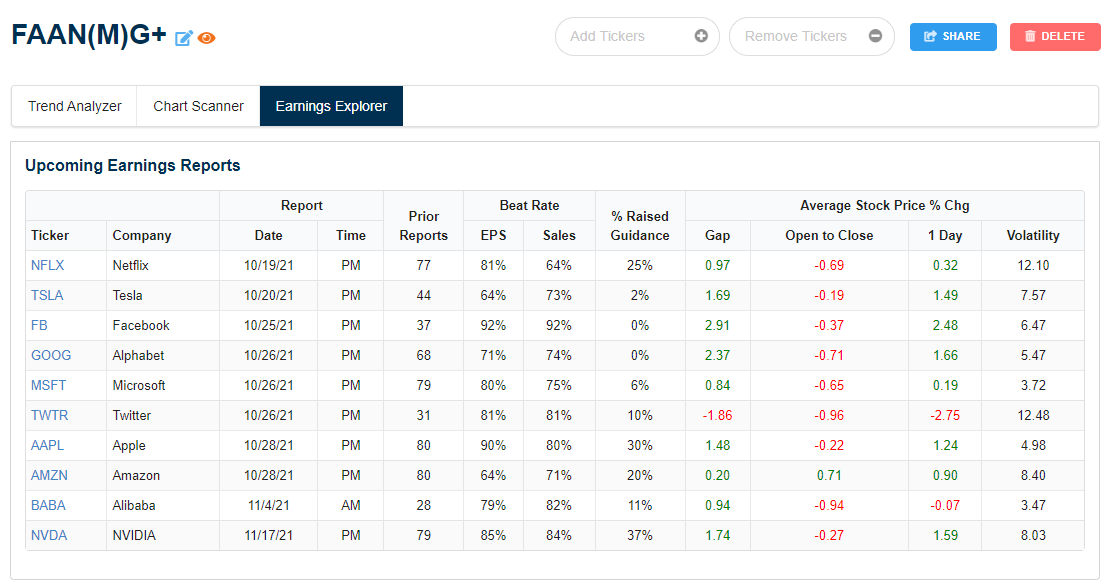