FAANG & MSFT Lead The Charge, But Their Contribution Is Smaller Than You’d Think

With just five companies (Facebook, Amazon, Apple, Alphabet, and Microsoft) accounting for one-fifth of the S&P 500, stocks are pretty top-heavy. The famed FAANGs (FB, AMZN, AAPL, NFLX, GOOGL) plus MSFT account for 22% of the S&P’s market cap and are up an average of 12% YTD. 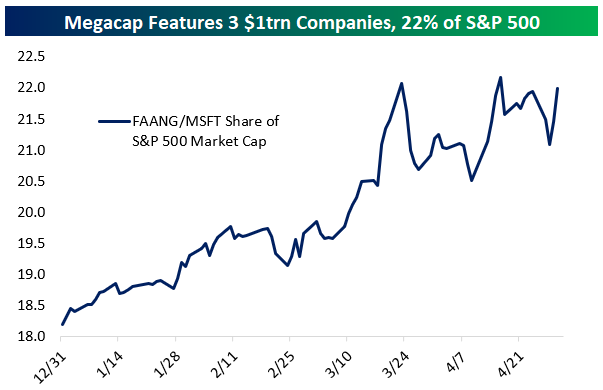 However, that doesn’t mean they’ve actually moved the markets that much. Year-to-date, FAANG+MSFT has added only 1.2% to the total market gain, meaning excluding those names the market would be down 11.2% YTD versus down 10% actuals. 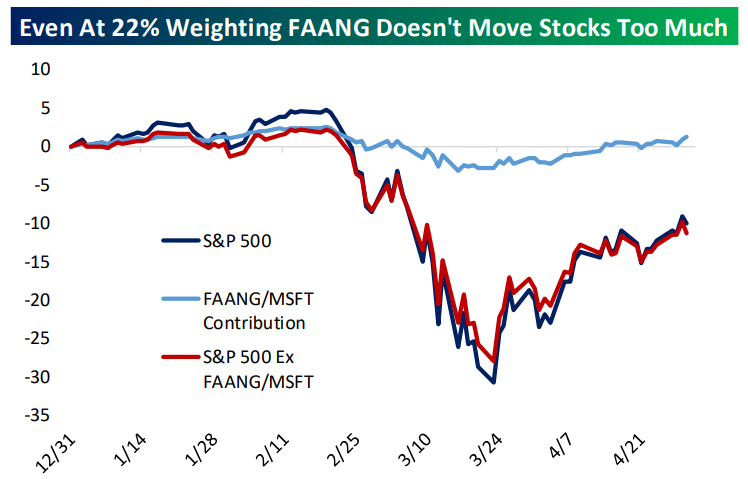 Despite the fact that these names have outperformed the S&P 500 since the 2/19 market highs, their performance has had a positive impact of 1.2 percentage points on the S&P 500. That’s basically just one third of the impact they would have had if they performed inline with the rest of the market. Finally, since March 23rd when equity markets bottomed, these stocks have only added about exactly what you would expect them to based on their market caps: 6.7 percentage points (22%) of the 29.88% leap for the market over that period. In short, the S&P 500 is a very big ship to turn with outperformance, even when 20% of it is concentrated in a few names.  Start a two-week free trial to Bespoke Institutional to access our Chart Scanner, custom screens, and much more. 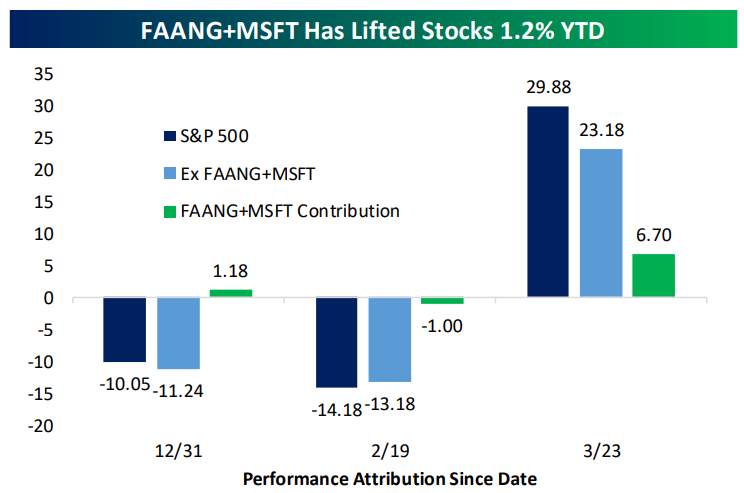