Initial jobless claims for the final week of October came in at another pandemic low at 751K.  That would have been unchanged from the previous week’s number, but that was revised up 7K to 758K.  Regardless of that revision higher, initial claims have declined for three straight weeks although the pace of decline has been slowing.  Given this week’s decline was comparably small to recent weeks, this morning’s release did miss estimates calling for a level of 735K. 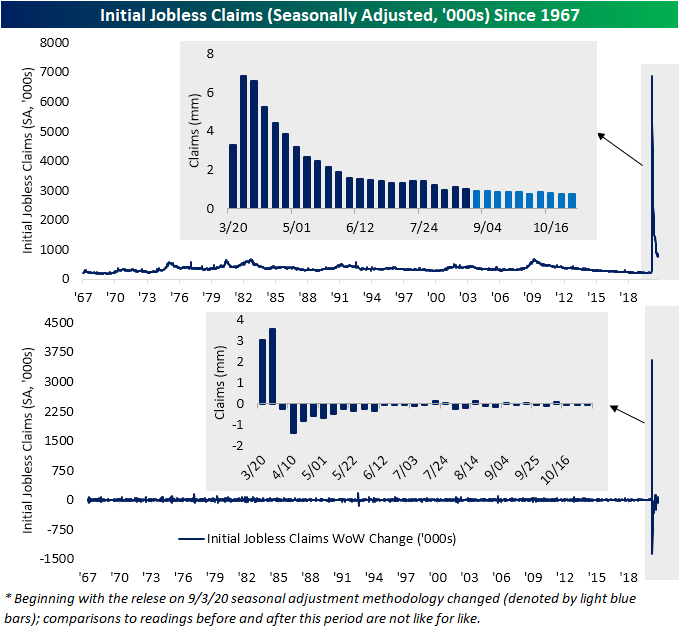 On a non-seasonally adjusted basis, initial claims were pretty flat only falling 0.5K to 738.2K.  That established a slightly lower post-pandemic low and marked the 14th consecutive week that initial claims have come in below 1 million. 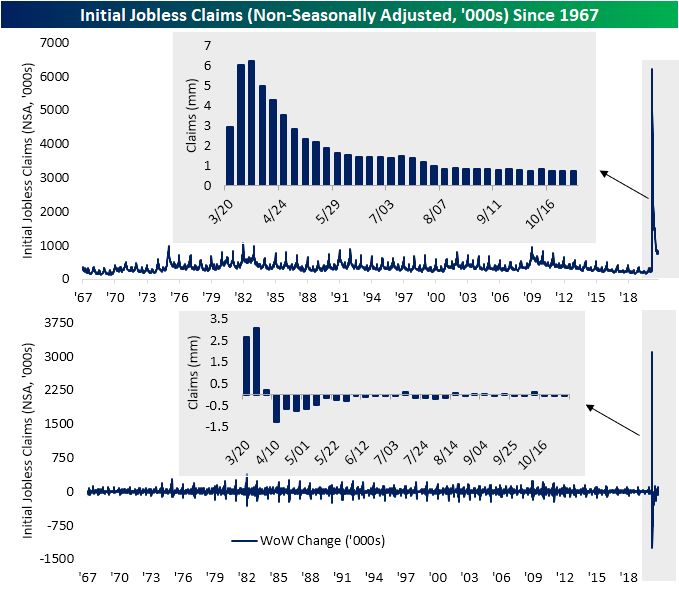 Continuing claims data is released at a one week lag to initial claims, and last week’s sizable decline led continuing claims to also reach a new low for the pandemic. At 7.285 million, it was still above estimates of 7.2 million. Continuing claims have now fallen for 7 of the past 8 weeks, and the one week where they didn’t drop, they were unchanged. 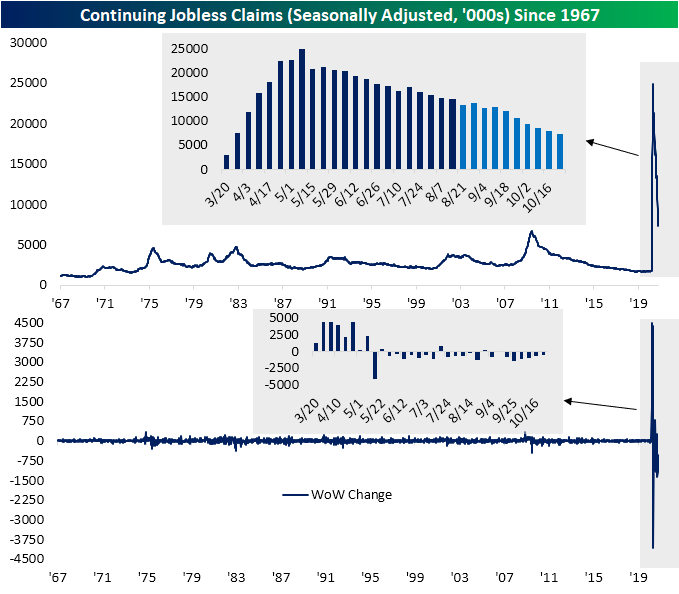 Including Pandemic Unemployment Assistance (PUA) to get a more complete picture, the declines in regular state initial claims have been slightly offset by rising PUA claims.  Total initial claims (PUA plus regular state claims) were up this week from 1.098 million to 1.101 million meaning claims continue to hover around 1.1 million as has been the case over the past month.  Whereas regular state claims have fallen for three straight weeks with a total decline of 91.5K, PUA claims have risen for three straight weeks totaling 25.66K. 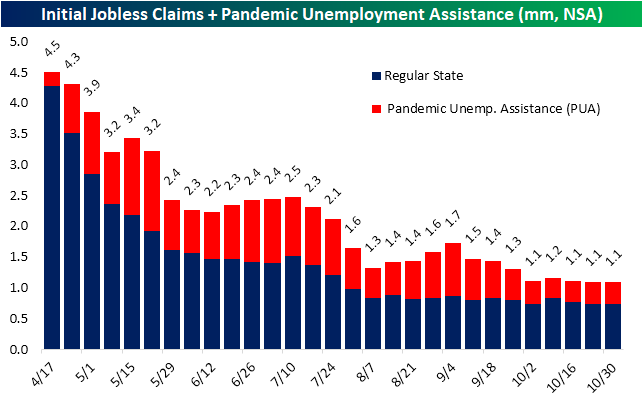 Although inflows to the unemployment insurance system have been stable at around 1.1. million, on net, the number of people receiving benefits has continued to fall.  In the charts below, we show the total count (in millions) of continuing claims across all programs.  The data is lagged yet another additional week to regular state claims. As of the week of October 16, total continuing claims reached 21.6 million which is the lowest level in seven months. Claims have now fallen in seven of the last eight weeks with regular state claims and PUA claims (the two largest contributors) driving those declines.  On the other hand, extended benefit programs for those who have seen their insurance expire like Pandemic Emergency Unemployment Compensation and regular state extended benefits have been on the rise. These two measures are at new highs in terms of both the number of claims and their share of total claims. That means that despite an overall improvement in the number of people on unemployment, there is a growing share that have been unemployed for an extended period of time. Click here to view Bespoke’s premium membership options for our best research available. 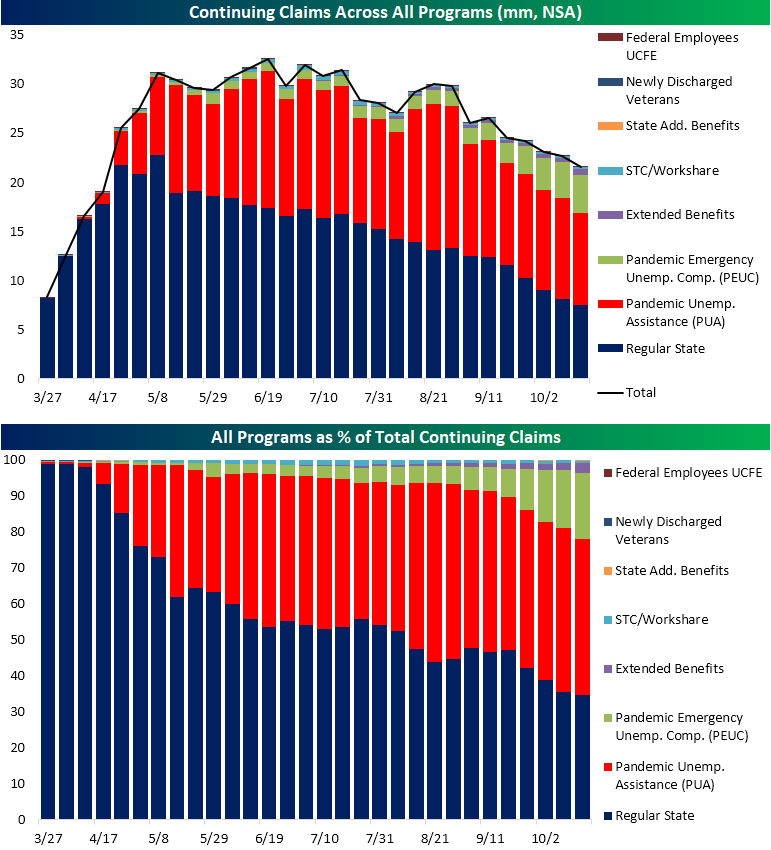