As we noted last week, while earnings beat rates are historically high, economic data is still consistently coming in better than forecasts, but the beats are not as dramatic as they were in the spring/early summer.  In the charts below, we show the Citi Economic Surprise Indices for the US and some other regions of the world. Higher readings point to data being better than forecasts and vice versa. At current levels, the US index is down significantly from its July highs and continues to head lower, but it is still well above any readings seen prior to the pandemic.  Meanwhile, Emerging Markets data never spiked in the same way the US did, but it has been on the rise recently reaching its highest level in over a decade in the past few days. Of all daily readings, there have only been five other days that the index was higher than Friday’s reading of 63.1. For G10 countries and the global index, trends more closely resemble the US with one caveat.  Late last week the indices saw another big turn higher. 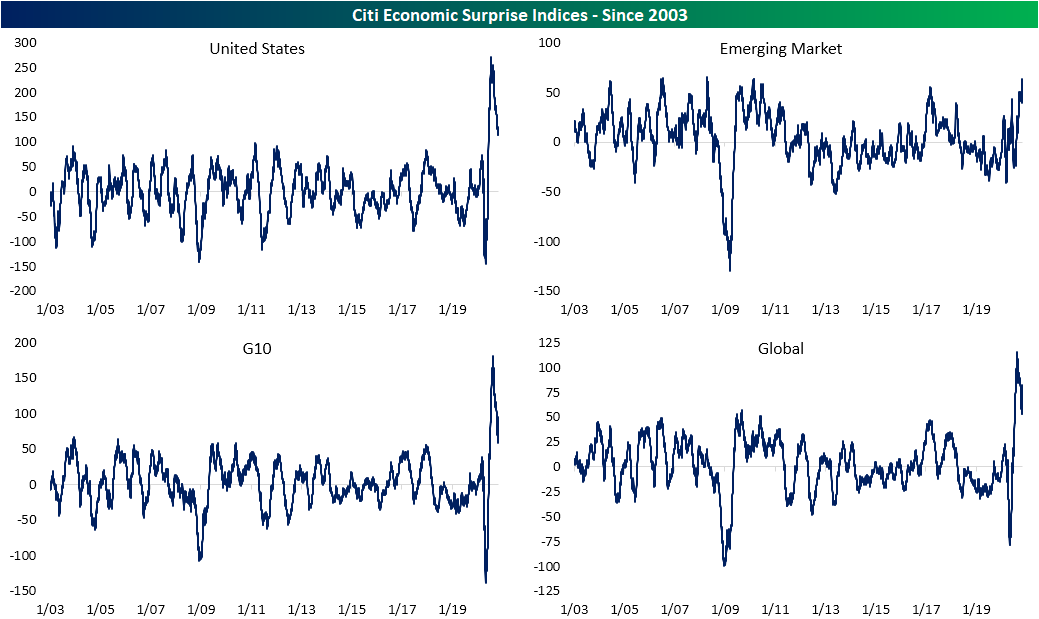 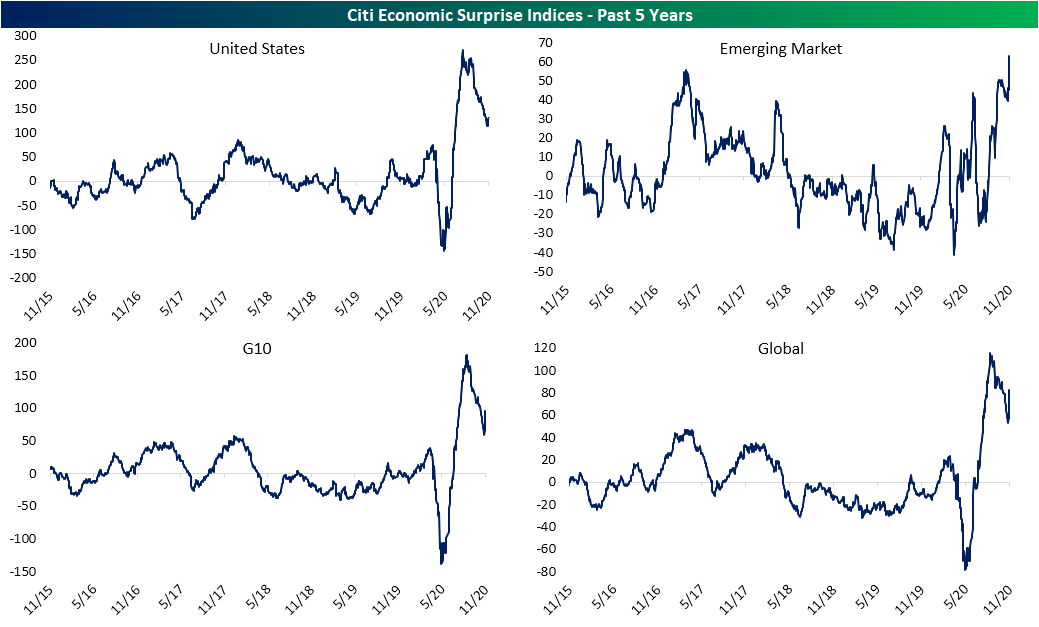 The reason for that jump was the Eurozone.  As shown in the charts below, over the past few months the index was headed lower approaching zero, meaning the region’s economic data was not beating forecasts in the same way that the rest of the world has. But that is not so much the case now thanks to a big beat for GDP last Friday which likely holds a massive weight on the index.  That resulted in the index to jump by the most ever in a single day. The index rose 89.9 points compared to the historical absolute median daily change of just 3.8 points. That single day move was even larger than any of the readings from the rebound in the more immediate aftermath of the worst days of the pandemic. 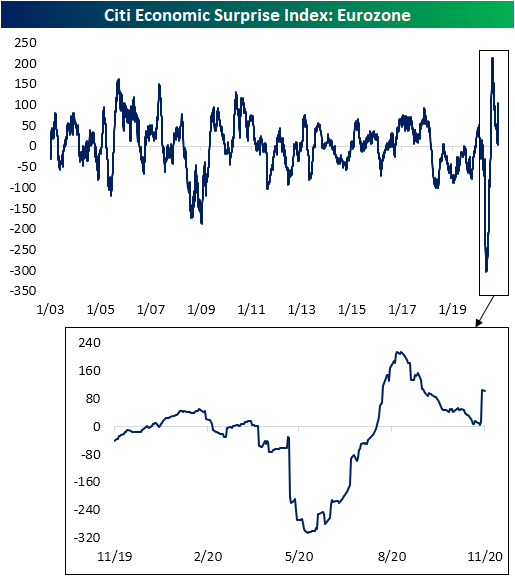 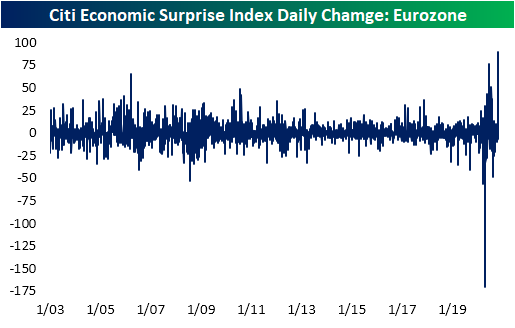 Despite deteriorating COVID conditions, new lockdowns, and plenty of other worrisome factors, European equities have seemed to have received a bit of a boost coincident with the turnaround in the economic surprise index. Last week the Stoxx 600 fell below support and out of the past several months’ range, but after reaching extremely oversold levels, the index began to turn higher on Friday.    Click here to view Bespoke’s premium membership options for our best research available. 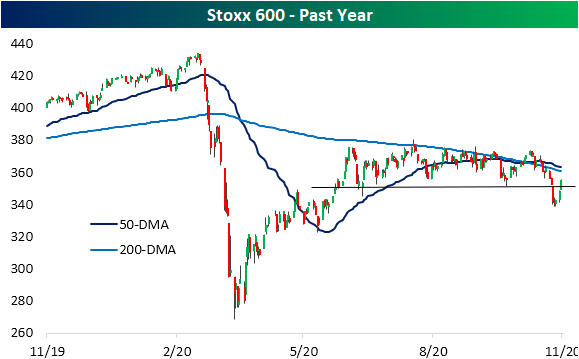