To help get a gauge on which sectors are out- or underperforming the broader market, in the charts below, we show the relative strength lines of each of the eleven sectors versus the S&P 500 over the past year from our Sector Snapshot. Market trends in the prior days and weeks have resulted in some notable moves across these relative strength lines.

With Consumer Discretionary one of the weaker sectors of late as high growth areas have gotten hit hardest, its relative strength line has broken below its most recent low. While Consumer Discretionary has broken down on a relative basis, Communication Services, which has seen a massive string of underperformance since the summer, has seen a modest reversal higher, although the steep downtrend of the relative strength line is still in place.

Consumer Staples, Financials, and Industrials, meanwhile, have been in downtrends over most of the past year. The recent strength of Staples and Industrials have broken those downtrends materially while Financials have failed to break out in the past several days after a big leg higher in the preceding weeks. Utilities similarly has failed to move out of its downtrend.  At that same time, Energy has essentially made a vertical move higher after what was generally a sideways move in the past year. 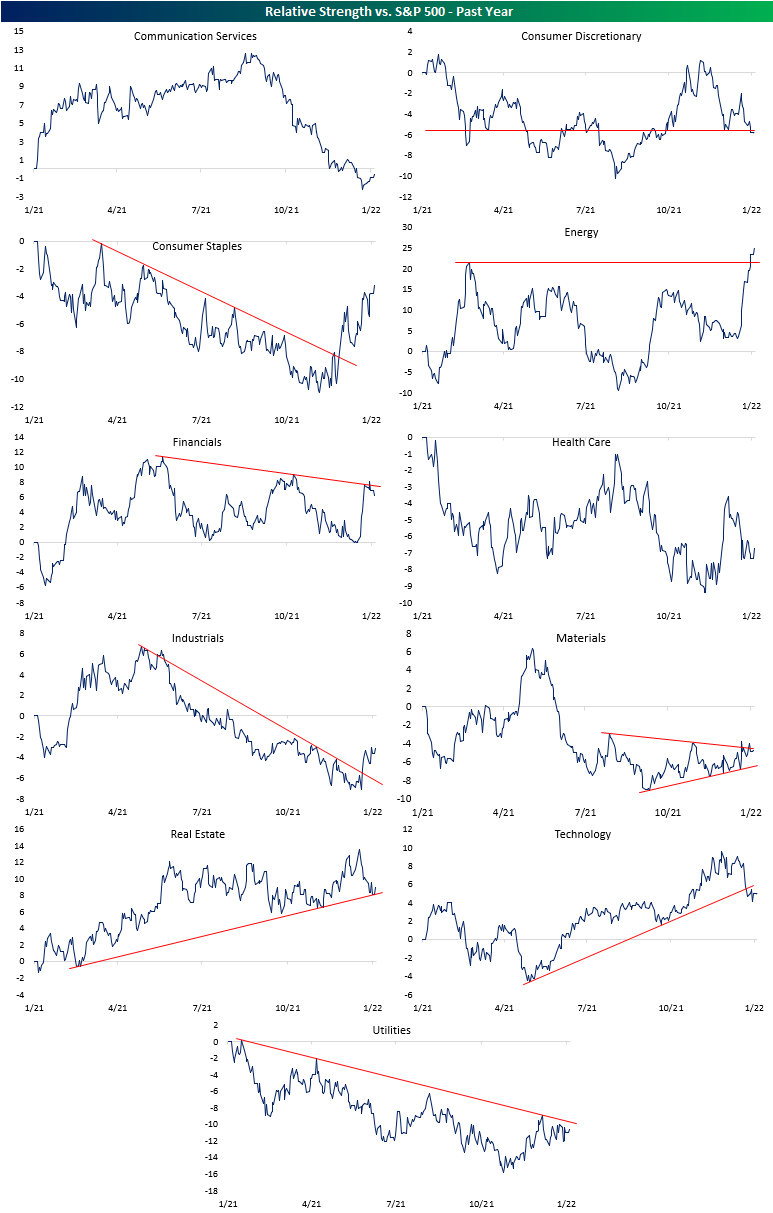 The last couple of years has certainly seen a strong run for the Energy sector, but taking a longer-term look at performance relative to the broader market it is hard to tell.  In the chart below, we show the relative strength line of the Energy sector versus the S&P 500 starting on 7/1/08, when the ratio of the sector to the S&P 500 hit its all-time high. As shown, there has been secular underperformance from Energy stocks since the Global Financial Crisis which hit its most extreme level during the COVID crash.  Since the lows in the spring of 2020, the Energy sector has rebounded, and the relative strength line is at some of the highest levels in the past couple of years, but there is still a long way to go in order to break the longer-term downtrend. Stay on top of market trends by becoming a Bespoke subscriber today.  Click here to view Bespoke’s premium membership options. 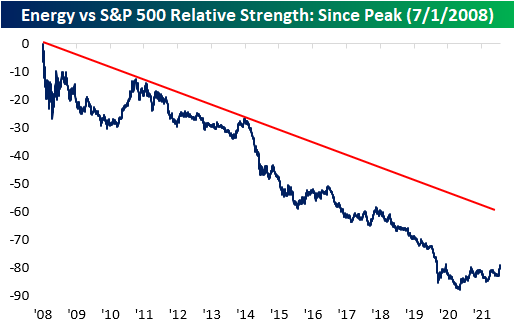