Ahead of tomorrow’s nonfarm payrolls report, this week’s initial jobless claims release came in at 340K; 5K below expectations.  That was a 14K decrease from last week’s level which was revised higher by 1K.  Additionally, this week’s decline entirely erased the move higher last week.  With yet another drop in jobless claims, the indicator has made another pandemic low and is within 84K of the last sub-1 million print (256K on March 13, 2020) prior to the parabolic spike last spring. 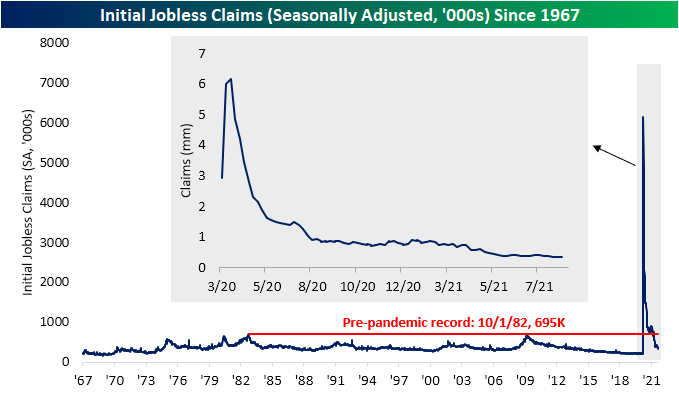 As for on an unadjusted basis, claims fell further below 300K to 287.8K this week.  This time of year typically sees seasonal tailwinds for claims, but this week did mark the sixth consecutive decline. That made for another pandemic low as claims by this measure are just 35.9K away from the March 2020 levels. Granted, the seasonal strength from the past few weeks is likely to wane until the end of the year.  As shown in the second chart below, September (approximately week numbers 37 through 40) historically marks the time of year that week over week increases in the unadjusted number become more frequent, and as a result, claims begin to consistently tick higher. While seasonal headwinds are on the way for regular state claims, overall claim counts will begin to see drops due to the expiration of pandemic era programs. This includes the additional $300 per week payments and programs like PUA and PEUC. In the most recent week, PUA claims came in above 100K for a fourth week in a row. 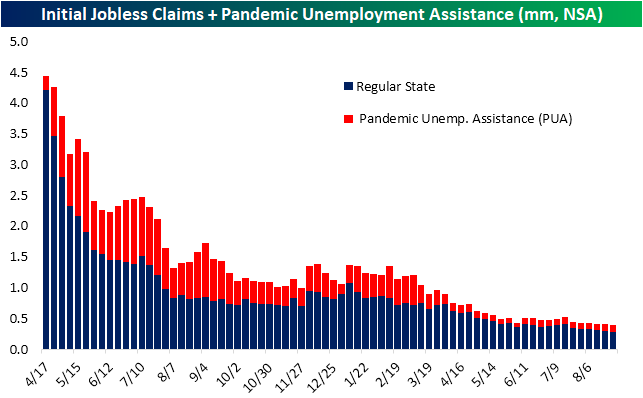 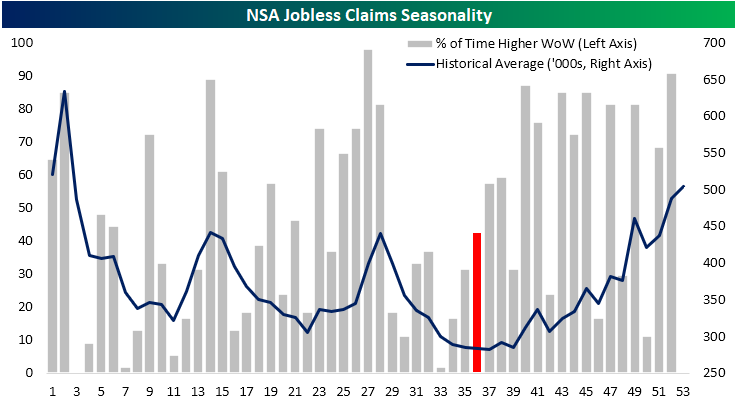 As for continuing claims, the headline number for regular state programs remains strong with claims hitting another pandemic low of 2.748 million, down from 2.908 million last week.  That 160K decline was the largest since a 316K decline in the second to last week of July. 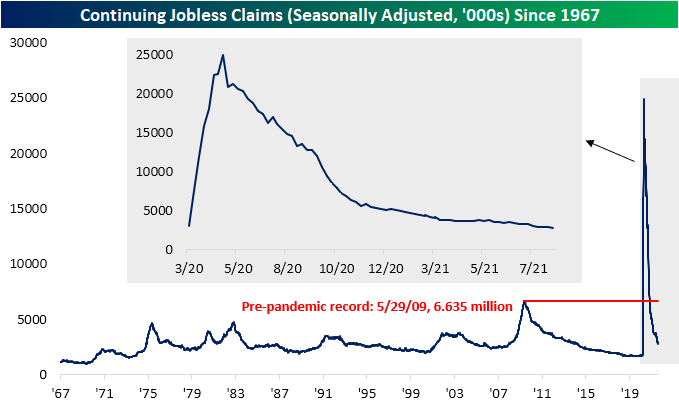 Factoring in all programs adds an additional lag to the data meaning the most recent reading is through the week of August 13th. In that week, total claims rose to 12.2 million from 12.02 million in the prior week. In spite of only having a couple of weeks until the end of the programs, that increase was driven by PUA claims which rose by over 400K and marked the largest one-week increase for the program since April 23rd (420.6K). That brings the total count of pandemic era programs (PUA and PEUC claims) a couple of weeks before their expiration to 9.2 million.

As for the other programs, regular state claims and PEUC claims were little changed at 1.6K higher and 6.04K higher, respectively. Meanwhile, the extended benefits programs saw a significant decline of 237.07K down to 114.4K, although, that program has been particularly volatile over the past several weeks, so we would caution again reading too deep into that move.  Click here to view Bespoke’s premium membership options. 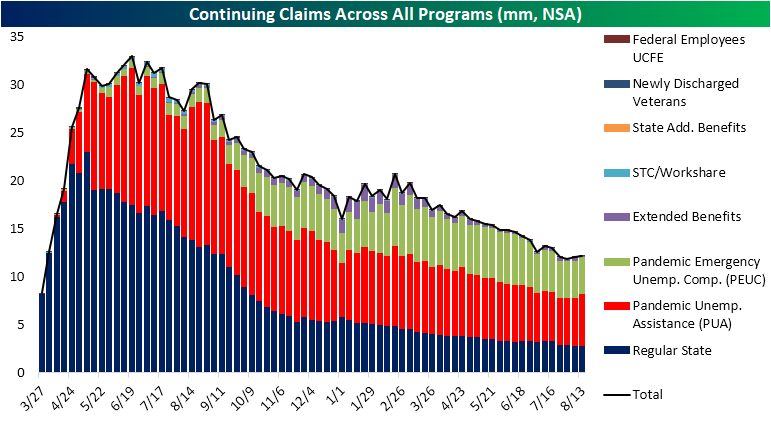 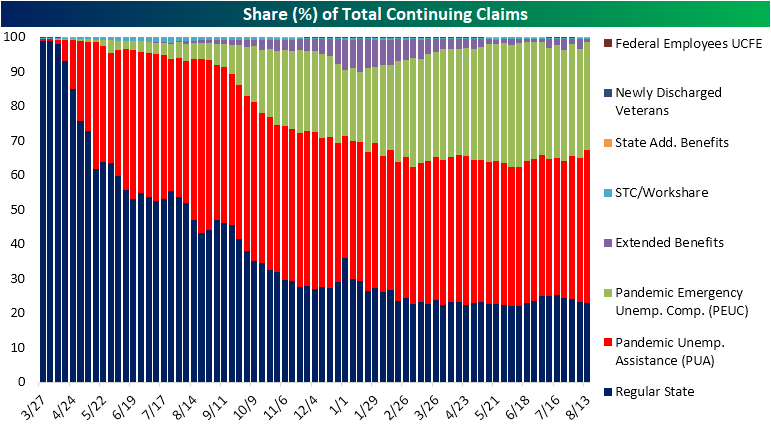