Of the array of economic data released this morning, perhaps the most impressive was the New York Fed’s reading on the manufacturing sector.  The headline index came in at 43, smashing estimates by 25 points.  As we show below, that was one of the strongest readings relative to expectations since 2002 with the only bigger beat being last June. Not only was it impressive relative to expectations, but the release also set a record high. In addition to the July reading being a record high, the month-over-month change was the fourth largest on record behind May and June of last year and May of 2003. 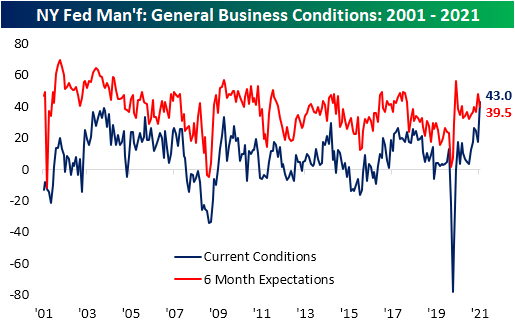 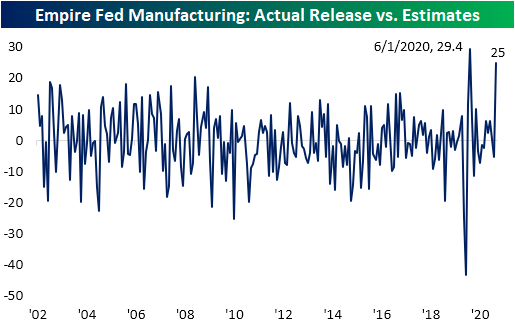 Driving the surge in the headline number were big improvements across categories, but especially for New Orders, Shipments, and Inventories. The MoM increases for each of those categories ranked in the top 5% of all months and left them at some of the highest readings on record.  While most categories improved versus June, there were three outliers: Delivery Time, Prices Paid, and Average Workweek. 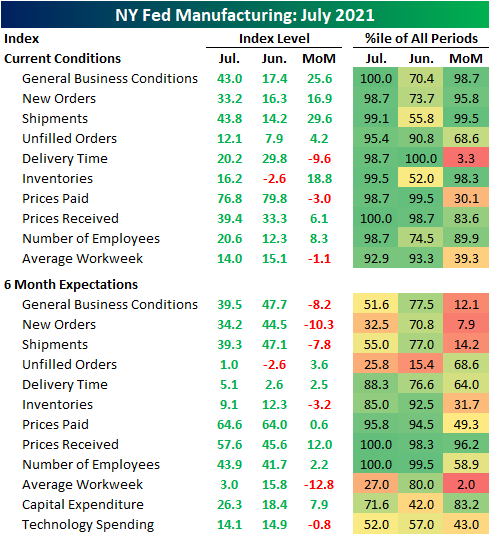 Demand-related indices were some of the most impressive areas of the report.  New Orders surged 16.9 points to 33.2 which was the highest level since 2004.  That massive acceleration in orders growth meant backlogs grew at a more rapid pace as Unfilled Orders rose 4.2 points.  Even though that is a historically strong level, it was 9.3 points below the even more elevated readings from earlier in the spring.  Fortunately, manufacturers appear at least somewhat more capable of fulfilling those orders.  Shipments surged to 43.8 which, like new orders, was the highest level in the index since 2004.  Additionally, inventories grew at a rapid rate.  The Inventories Index rose 18.8 points from a contractionary reading last month to one of the highest levels on record. 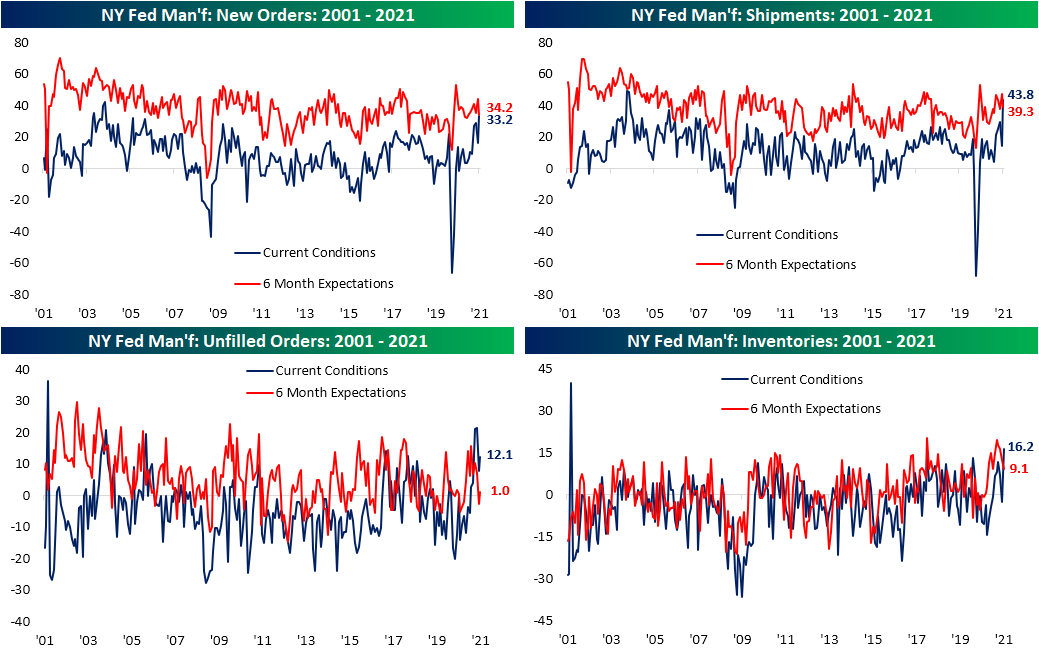 One likely reason for the massive increase in inventories and shipments is some normalization in supply chains.  The index for Delivery Times measures how long it takes for supplier products to arrive.  Higher readings indicate longer lead times and vice versa.  Over the past year, these indices have surged to unprecedented levels across regional Fed and other manufacturing reported.  While the Empire Fed’s reading is still extremely elevated from a historical context, the 9.6 point drop month over month marked a significant improvement in lead times. 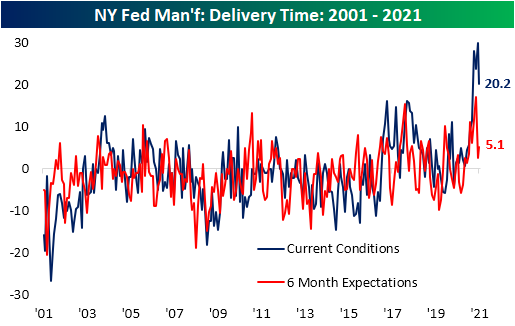 Input price pressures have also subsided a bit.  Similar to the Delivery Times index, the index for Prices Paid is extremely elevated but showed some relief in July.  That was not the case for Prices Received though.  That index continued to rise with both the current conditions and 6-month expectation indices reaching record highs in July. 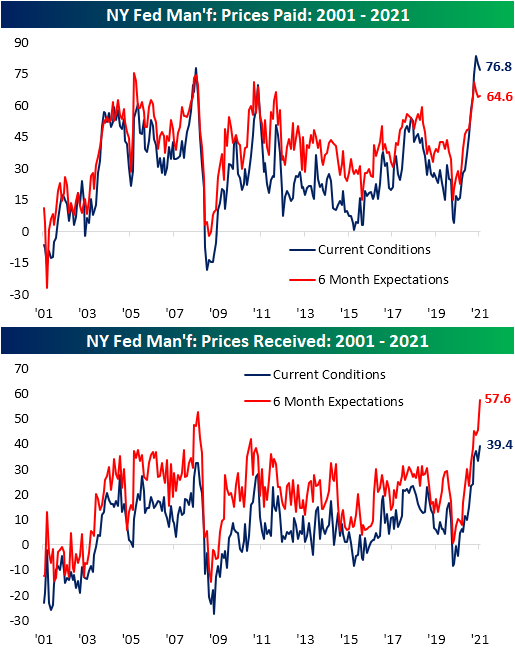 In terms of the expectations indices, the only other one to reach a record in June was for the Number of Employees.  The increase in that index was matched by a sizeable uptick in the current conditions index as well.  That index rose 8.8 points to the highest level since June 2018 indicating the region’s manufacturers continue to have a strong appetite for labor and are in fact taking on more workers. Click here to view Bespoke’s premium membership options. 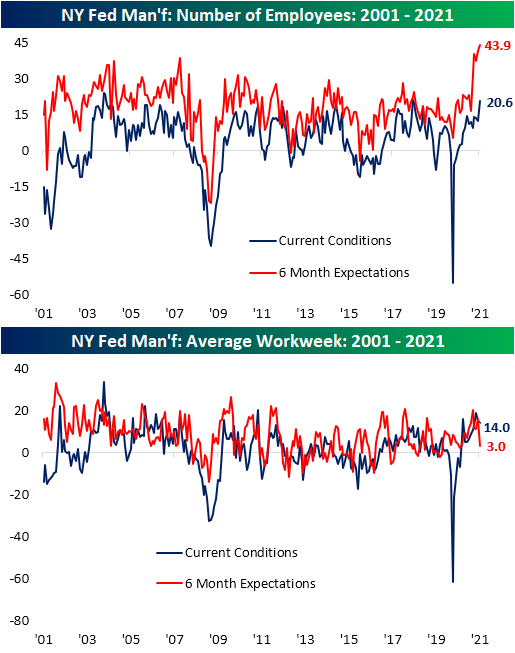