Last month, the New York Fed’s Empire Fed survey saw the index for General Business Conditions come in at the seventh-highest reading on record. With the most recent update this morning, the index showed significant moderation in the pace of activity.  The index plummeted 14.5 points MoM which ranks in the bottom decile of monthly moves and is now in the 77th percentile of readings going back to the start of the survey in 2001. 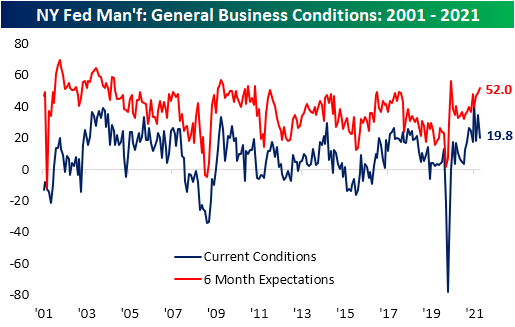 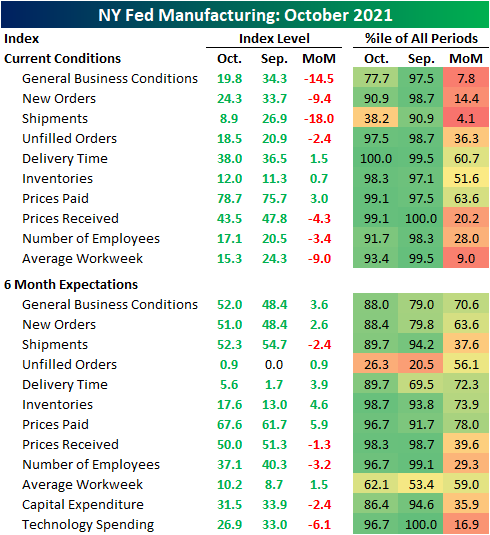 Demand decelerated as New Orders fell 9.4 points to 24.3 and in turn, Unfilled Orders pulled back 2.4 points to 18.5. As previously mentioned, even though those declines were large, the current levels of these indices continue to sit in the upper 10% of all readings. Shipments are another story though.  That index plummeted 18 points in October and is now only in the 38th percentile of historical readings. 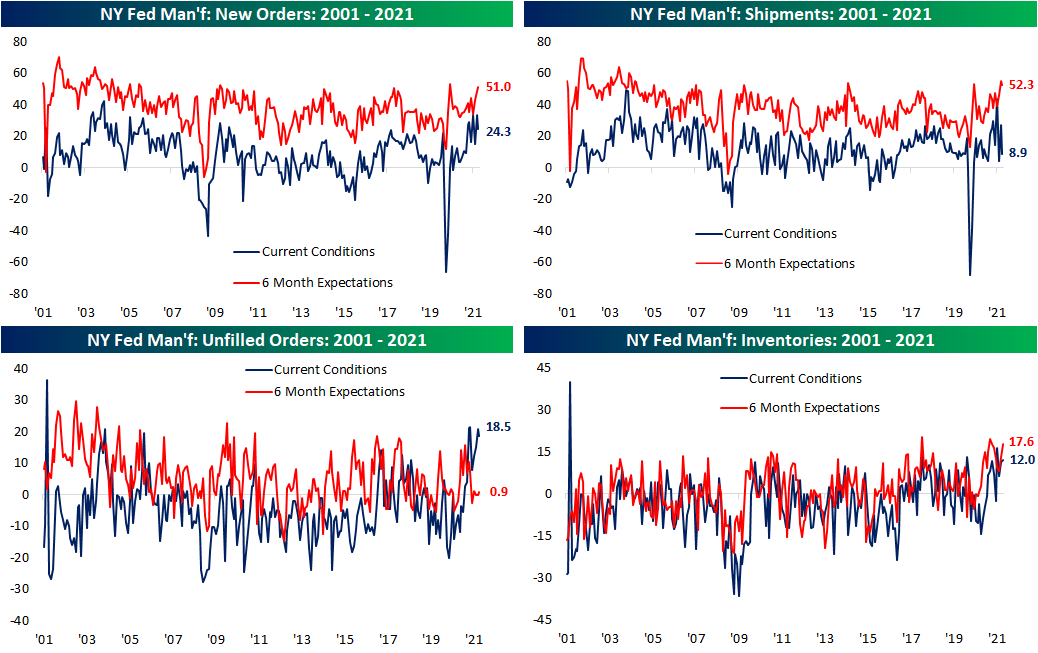 As for why Shipments stand out as a far weaker area of the report, supply chain issues can likely receive the blame and that is backed up with the index for Delivery Times setting yet another record high after three months of increases in a row. 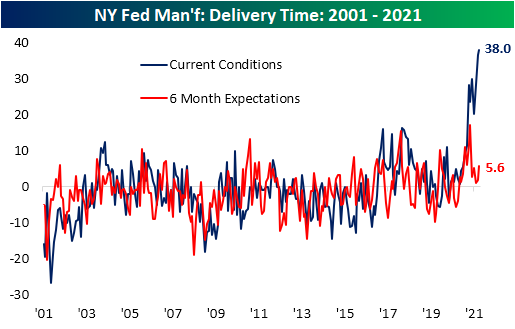 Price pressures remain extremely elevated from a historical context. Prices Paid accelerated this month but remain off the record high from a few months ago. Prices Received, on the other hand, moved lower in October falling off of its record high. 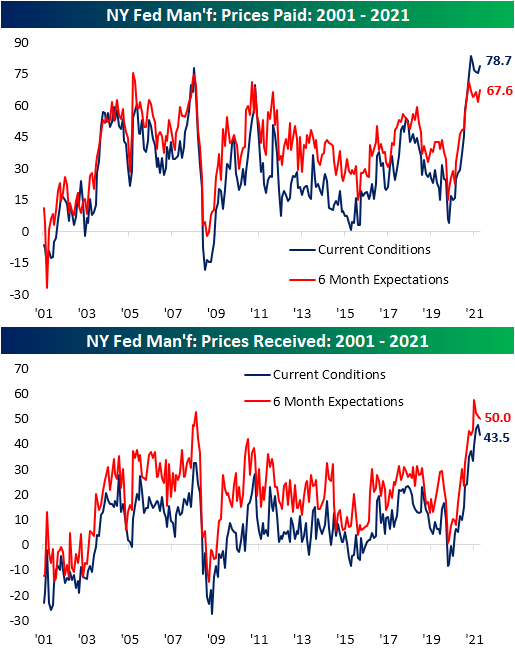 Employment metrics also deteriorated this month with both the indices for Number of Employees and Average Workweek pivoting lower.  With regards to the Number of Employees, New York area firms continue to appear to be exceptionally willing and optimistic on hiring with a very elevated, albeit rolling over, reading in 6-month expectations. Meanwhile, the current conditions index is more muted, but also at the high end of its historical range even after a falling 3.4 points this month.  Average Workweek experienced a larger decline this month, but the index remains at a stronger level respective to its historical range.  Click here to view Bespoke’s premium membership options. 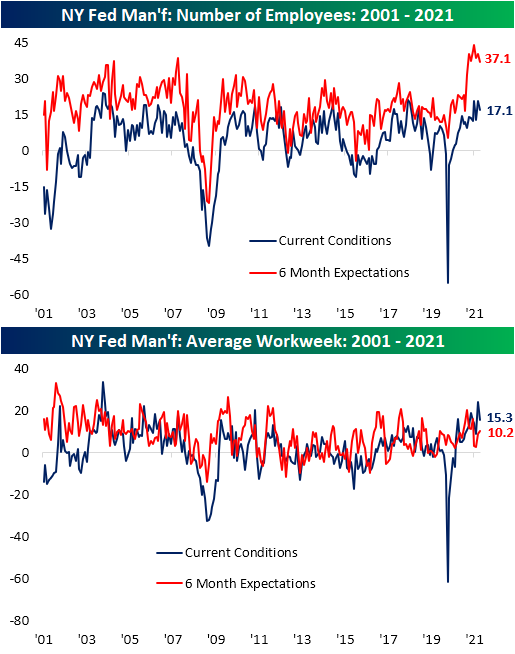