Last month, the New York Federal Reserve’s manufacturing index plummeted to a record low level of -78.2 on broad weakness across its categories.  One month later, the index has improved rising to -48.5 but is still pointing to an extremely weak level of activity in the New York region.

To put into context just how far the index has fallen and how weak conditions are, this month’s 29.7 increase was the second largest month-over-month increase on record (the largest was a 30.2 point jump in May of 2003), and that still leaves the index at a lower level than every month in the history of the data outside April. Similarly, the index for Shipments, Number of Employees, and Average Workweek all remain at very low levels even though they rose by the most in a single month on record. Overall, activity remains very weak though not to the same extent as last month. 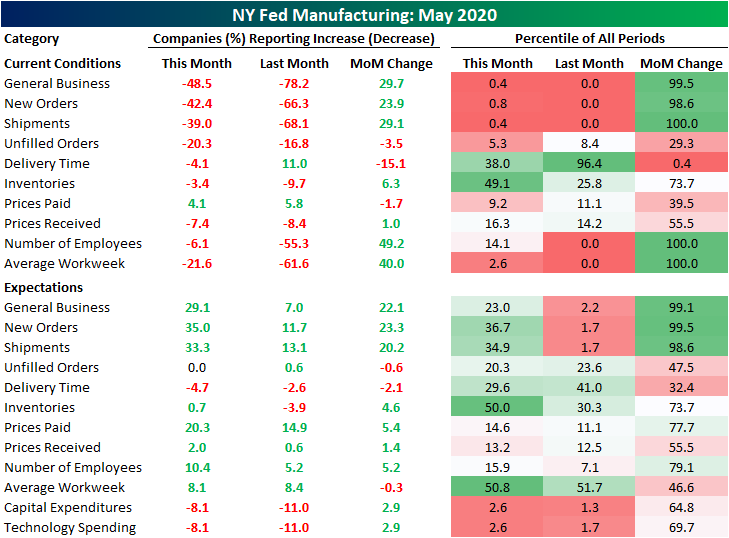 Looking at demand, the indices for New Orders and Unfilled Orders moved in opposite directions in May.  While New Orders recovered a bit, rising to -42.4, the index for Unfilled Orders fell further down to -20.3.  The respective indices for expectations six months out for these categories saw the same type of movement.  For New Orders, the 23.9 point increase was the fourth-largest since the data begins in 2001, but like the headline number, that massive improvement still leaves it at one of the lowest levels in history. Meanwhile, the index for unfilled orders fell to -20.3 which is its lowest level since December of 2014. 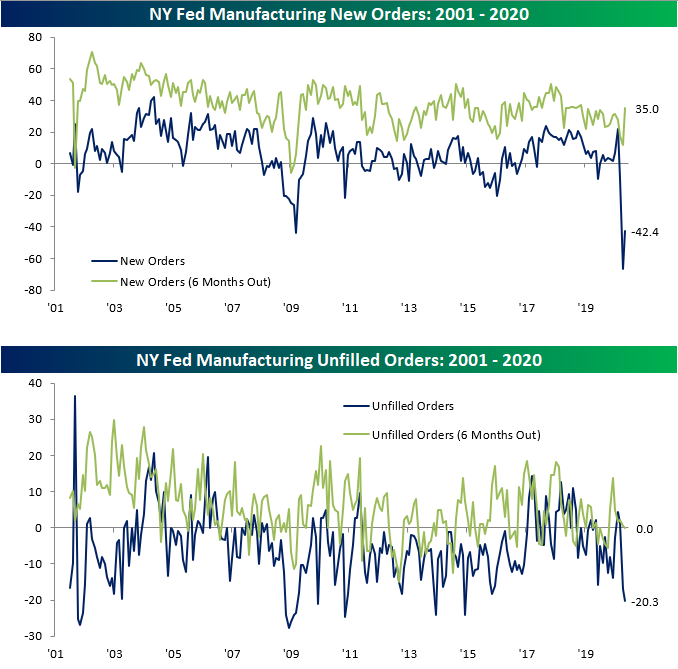 As for shipments, the 29.1 point increase in May was the largest one month jump on record. But again, the actual level of the index is the second-lowest ever. In other words, demand has continued to deteriorate significantly though perhaps not at the same rate as was observed in April.

As for the indices covering employment, there was also a substantial pickup in May with the indices for Number of Employees and Average Workweek rising by the largest amount of any month in the history of the data. Unlike some of the other categories, this increase brings Number of Employees back to the low end of the post-financial crisis range rather than a near-record low.  So while there were still fewer employees with shorter workweeks, the readings moderated a bit from April.  Start a two-week free trial to Bespoke Institutional to access our interactive economic indicators monitor and much more. 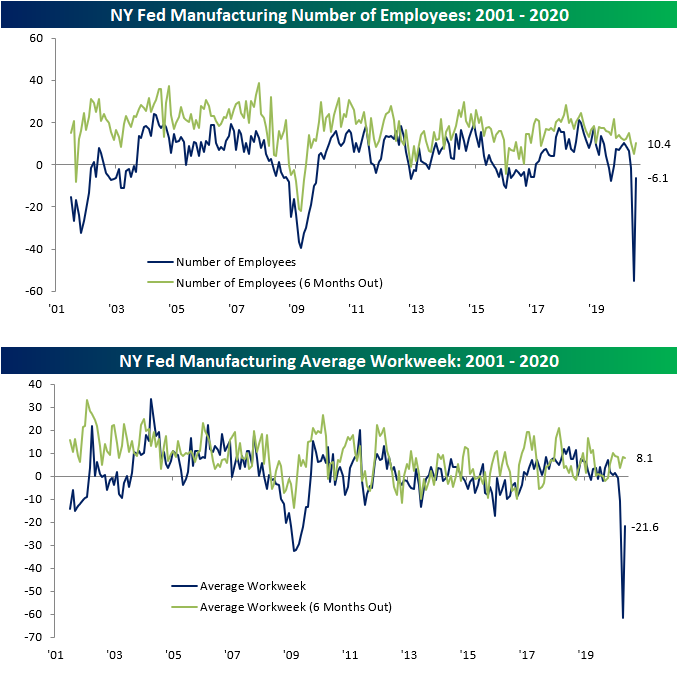