Empire Fed Back In Expansion

The New York Fed released the February results of the Empire Fed Manufacturing survey this morning. Last month saw the index fall into negative territory for the first time since June 2020.  This month, the headline number is back into expansionary territory rising to 3.1. 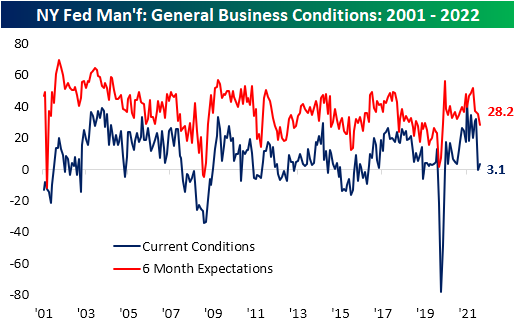 As the region’s activity is once again expanding, most areas of the report showed improvement.  New Orders are once again growing alongside shipments, although each of those indices are at the lower end of their historical ranges.  Other areas are much more elevated with Prices Received even setting a new record high. Six-month expectations saw weaker breadth in February and are generally at lower levels with respect to their ranges. 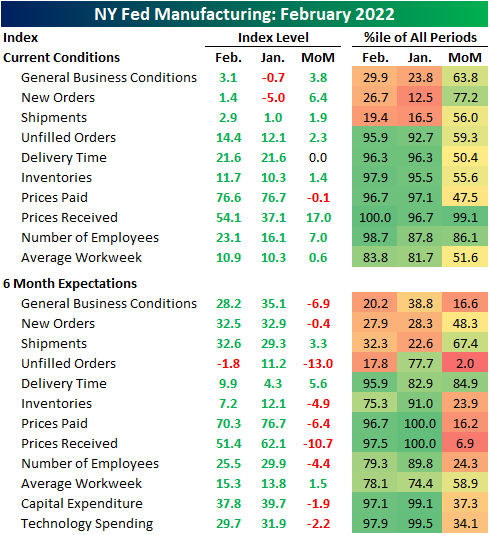 Similar to the headline number, New Orders went from a negative reading to a positive one in the past month after rising 6.4 points.  Unfilled Orders picked up in tune with a 2.3 point increase to 14.4 which was the highest reading since October. Expectations, however, experienced a dramatic 13-point decline ranking in the bottom 2% of all monthly moves. That marked the largest one-month drop for the index since June 2016. 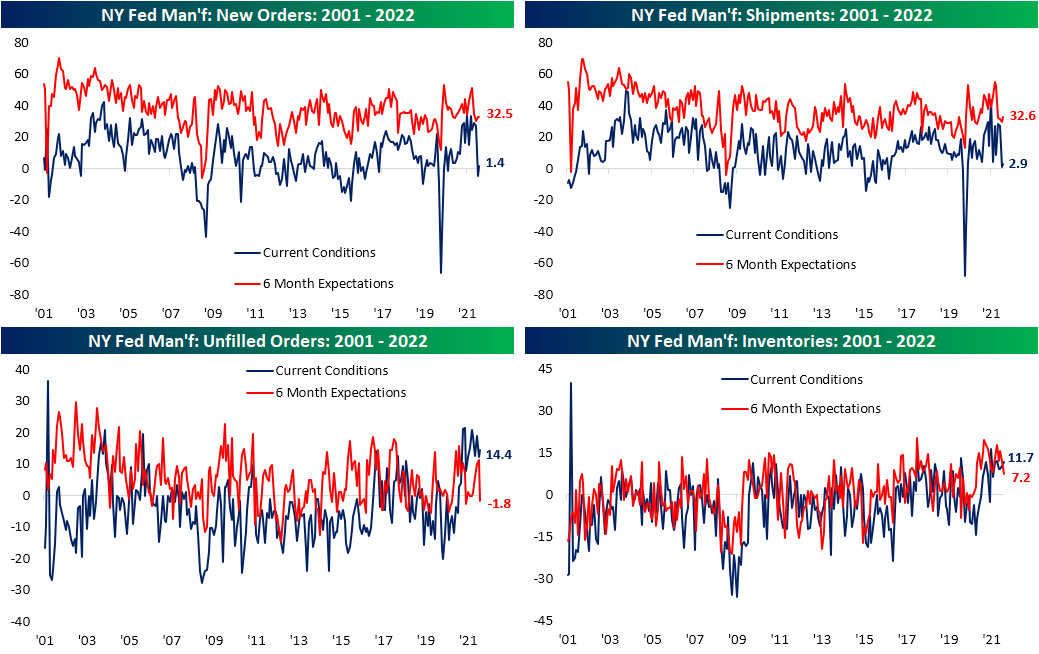 The index of Delivery Times went unchanged at 21.6. Without any change, the index remains historically elevated but significantly improved versus the record highs in the fall. In other words, supply chains continue to show historic strain, but it appears to have alleviated to a degree. 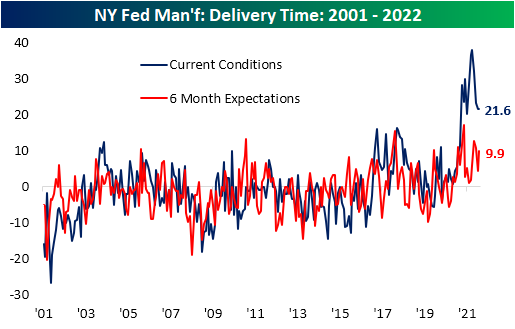 Although the decline was small at just 0.1 points, Prices Paid fell for the third month in a row.  In spite of having peaked, the index remains very high. Contrary to the move in Prices Paid, Prices Received surged from 37.1 in January to 54.1 this month.  That wasn’t only a record high for the index, but it also marked the largest one-month gain in a decade. 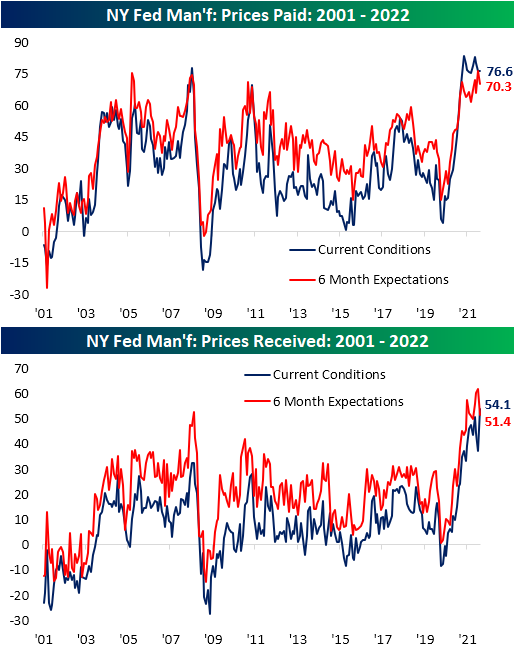 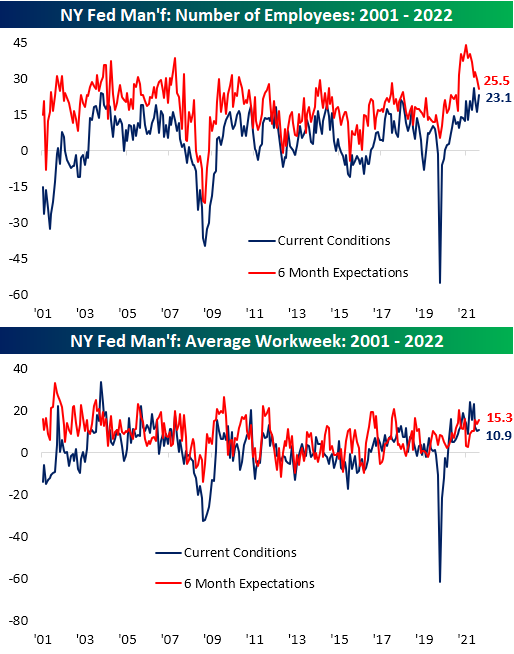