The first of the monthly regional Fed readings on the manufacturing sector was released this morning out of the Empire State.  The headline index fell to 17.4 from 24.3 in May.  While the 6.9 point decline sat in the bottom quintile of all monthly moves and it was a 5.3 point larger drop than had been forecast, the current level still would be the highest since November 2018 outside of the past few months.  Additionally, in spite of the decline in current conditions, expectations saw a significant uptick rising 11.1 points to the highest level in exactly a year.  Prior to last June, February 2018 was the last time the index has seen as strong of a reading. 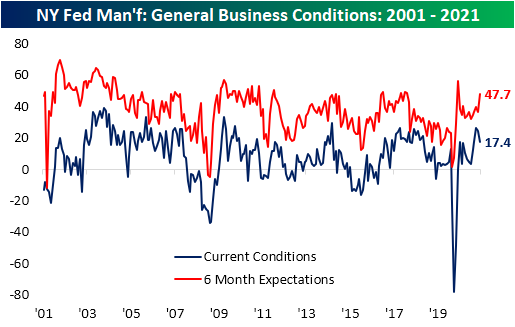 Given the decline in the headline number, the vast majority of categories also declined in June, although almost all remained positive signifying that they continue to grow at a healthy clip. Of the current conditions indices, Delivery Times was the sole index to move higher, and that is not necessarily a good thing as higher readings indicate longer lead times.  Meanwhile, the declines for New Orders, Shipments, and Unfilled Orders were particularly large all ranking in the bottom decile of monthly moves. 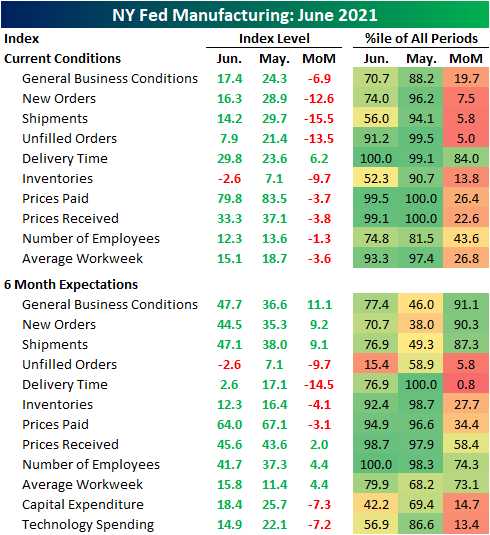 Staying on the topic of these same indices, similar to the headline reading, although current conditions deteriorated, businesses reported pretty optimistic results for the future. Six-month expectations for New Orders and Shipments both saw sizeable month-over-month increases of 9.2 and 9.1 points, respectively, whereas the current conditions indices moved in the opposite direction. Those moves left each index at the high end of the past several years’ ranges.  Staying on the topic of expectations, the index for Unfilled Orders was particularly interesting.  The past few months have seen some of the highest readings on record in the current conditions index meaning businesses have been reporting massive builds in order backlogs.  While backlogs continue to grow with the current conditions index remaining positive, the index for expectations tipped negative for the first time since October meaning businesses foresee those backlogs to finally begin to decline in six months.  Additionally, businesses reported a draw in inventories for the first time since January. 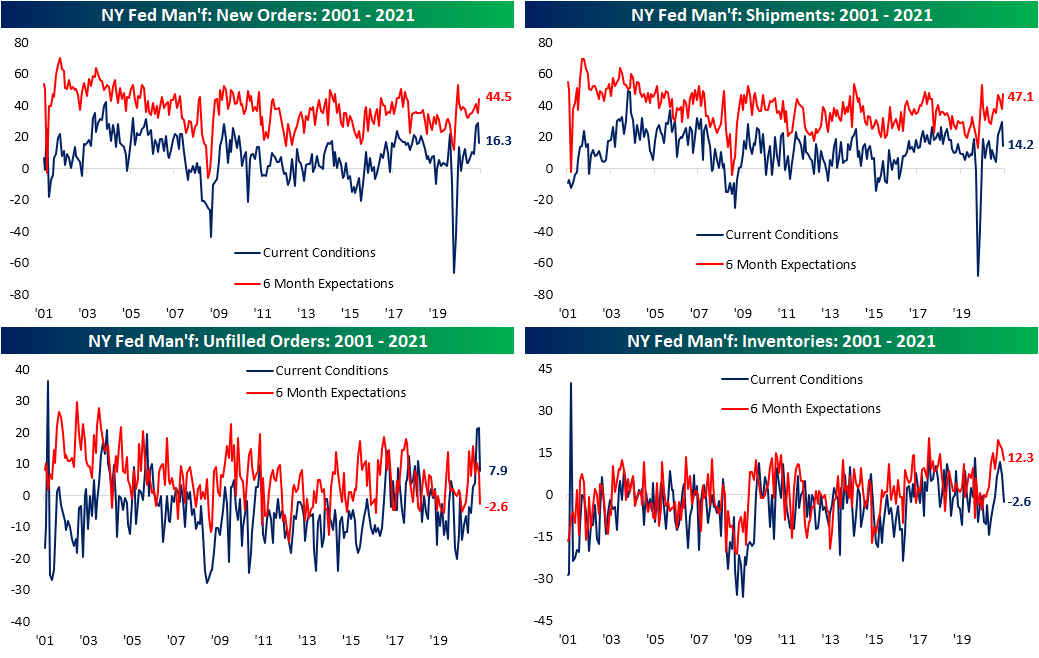 One likely culprit of those backlogs is delivery times.  The index saw yet another record high in June. On the bright side, businesses seem to point to normalization in supply chains down the road as expectations plummeted by 14.5 points; the third-largest month-over-month decline on record behind March 2011 and September 2001. 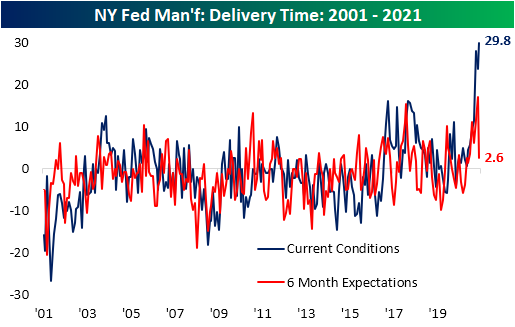 Prices continue to rise at a rapid pace according to responding businesses, though, there was some deceleration in prices paid and received in June.  The only measure of prices that moved higher this month was expectations for prices received which rose to the highest level since the summer of 2008. 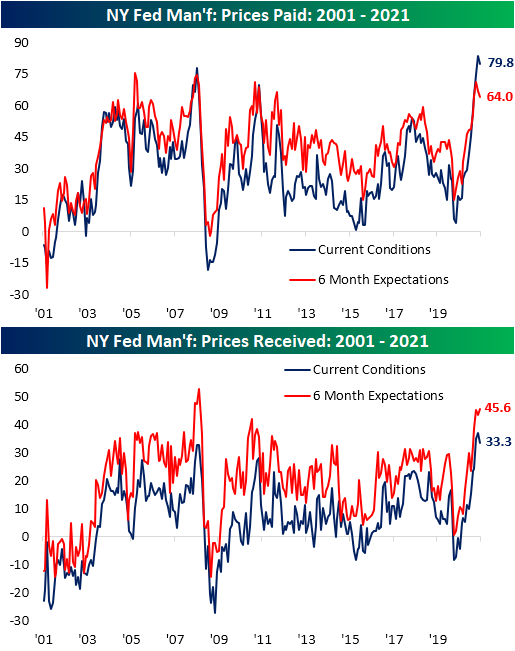 One other interesting part of the report was the response around employment metrics.  The index for current conditions for the average workweek remains around some of the highest levels of the past decade even after pulling back month over month. Businesses also slowed hiring as the index of the number of employees fell to 12.3. While that reading is still off pre-pandemic highs, expectations continue to surge, setting another record high. Together this seems to indicate that businesses have a desire and in the future expect to take on more workers in spite of actual progress in doing so more recently.  Click here to view Bespoke’s premium membership options. 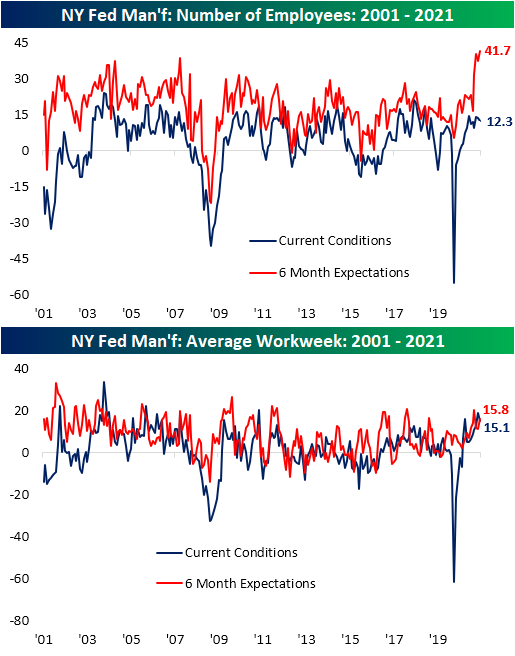