The S&P 500 is headed back up towards record highs today, but the index’s pullback earlier in the week was shared with other equity markets around the world.  In the table below, we show the ETFs tracking the stock markets of the 23 countries in our Global Macro Dashboard. Last week most of these were overbought with some at extremely overbought levels of more than 2 standard deviations above their 50-DMAs. Performance over the past week has been mixed but broadly speaking these countries are now lower within their respective trading ranges.  One notable exception has been Taiwan (EWT) which has been the best performer rising to 52-week highs and moving into extreme overbought territory.  Mexico is also at a 52-week high today.

When it comes to developed versus emerging market countries, though, these are two outliers with their cohorts mostly on the other end of the spectrum.  On average, EM countries are underperforming on a year-to-date basis and the only countries in the red in 2021 are EM names.  As a result, these also are generally much further from their 52-week highs. For example, Malaysia (EWM), Brazil (EWZ), India (INDA), and China (MCHI) are all the furthest (at least 5% below) from their 52-week highs.  Granted in the past week EM has outperformed on average with the exception of INDA which has been the worst performer of the 23 countries as COVID cases soar in that country. Meanwhile, developed market countries are 34 bps lower on average but generally closer to their highs and more overbought. 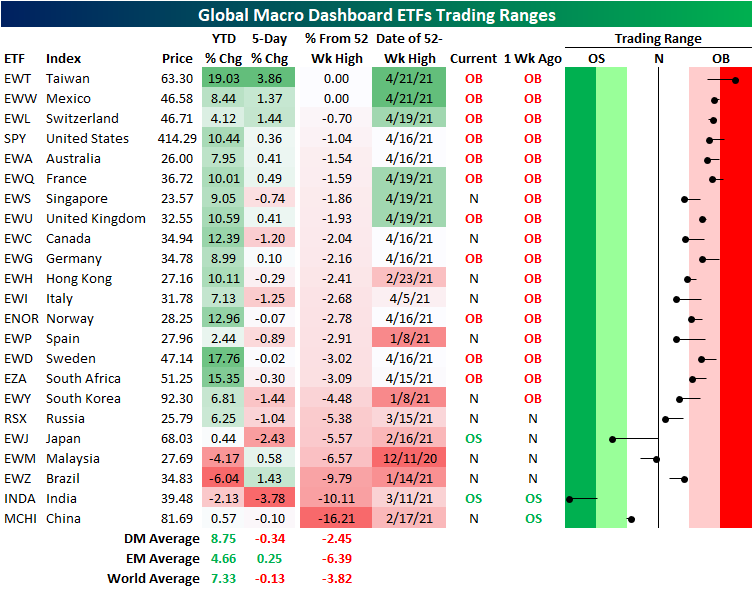 In the charts below we show the five countries that are furthest from and closest to their 52-week highs.  As we noted in today’s Morning Lineup, Japanese equities (EWJ) last peaked in mid-February but have been trending lower ever since and have taken a sharp leg lower in recent days. That leaves EWJ right at the low end of the past few months’ range. That is the only developed market country of those the furthest below their 50-DMAs. Of the other countries with the furthest to go until they reach their 52-week highs, only INDA is also around critical support levels after a significant short-term move lower recently. EWM, EWZ, and MCHI on the other hand are further off their lows. EWZ has even been trending higher over the past month.

As previously mentioned, Taiwan (EWT) and Mexico (EWW) are both setting new 52-week highs today.  There are a handful of other countries that are within 2% of doing the same but Switzerland (EWL), the US (SPY), and Australia (EWA) are the closest. Click here to view Bespoke’s premium membership options for our best research available. 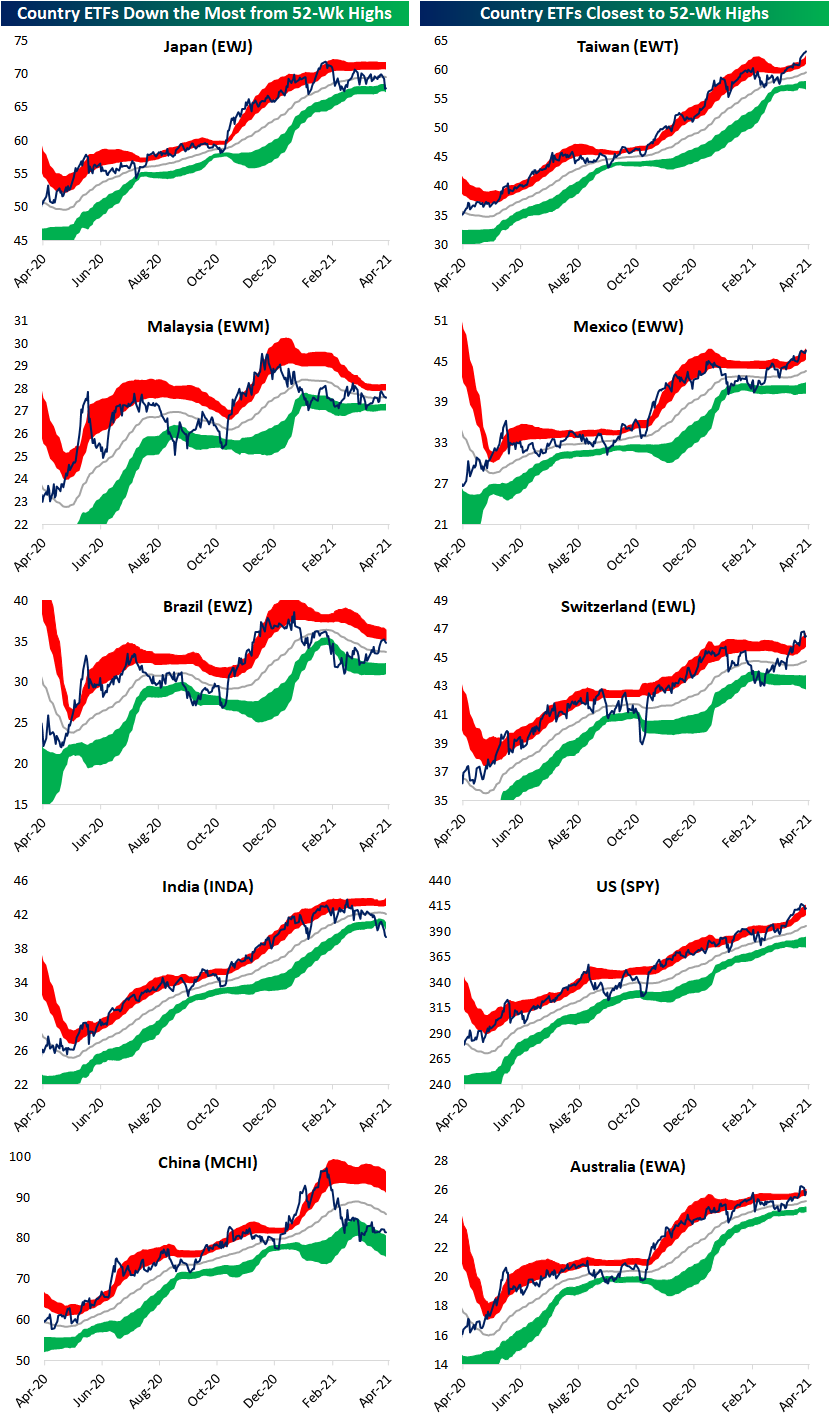