In last night’s Closer, we noted the record underperformance of Chinese equities relative to the US over the past six months.  As a result of the weakness in Chinese equities, the MSCI Emerging Market ETF (EEM)—which has roughly a 37% weight in Hong Kong and Chinese stocks—is well off of its highs and has been trending lower over the past several months.  Today, EEM is up a healthy 1.37%, but that brings it just short of its 50-DMA which recently fell below its 200-DMA.  That is also at similar levels to the lower high from the start of this month. 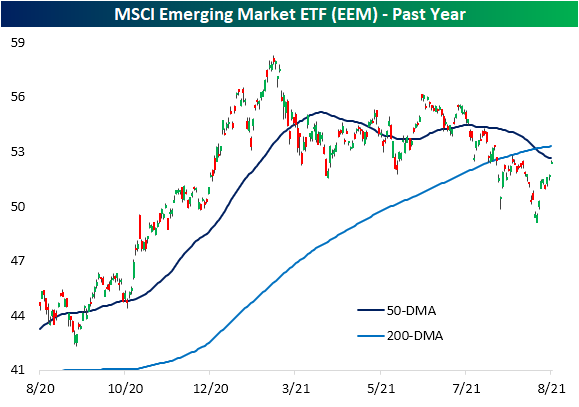 When factoring out China, emerging markets look much better. Again, the MSCI Emerging Market ETF that excludes China (EMXC) is currently 1.13% below its 52-week high, but the downtrend that has been in place since the early June highs has been on the ropes over the past couple of sessions. Yesterday saw the ETF trade and close right at that downtrend line, but the 1.15% gain today has smashed through it.  That leaves EMXC at the highest level since June 15th.  The ETF is also at some of the most overbought levels (1.8 standard deviations from its 50-DMA) since then. 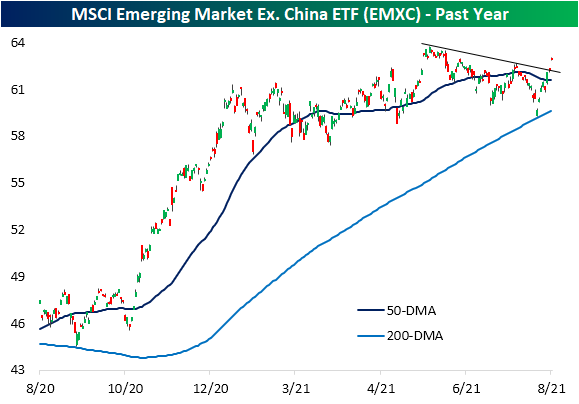 Pivoting over to bonds, looking at the Fixed Income screen of our Trend Analyzer, the best performer over the past five days is also in the EM space. The USD Emerging Markets Bond ETF (EMB) had been mostly flat throughout the summer trending right alongside its sideways 50- and 200-DMAs. Significant gains last Friday and yesterday led EMB to break out of that range as it reaches some of the highest levels since February today. 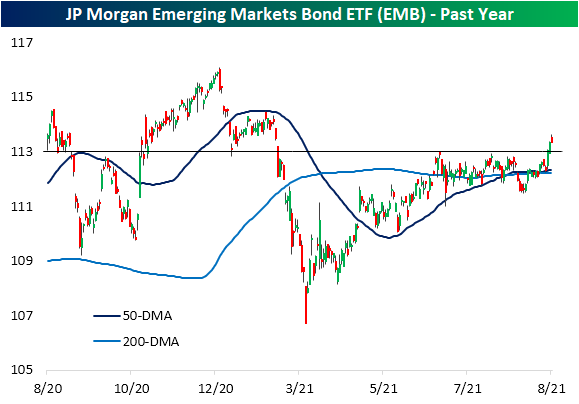 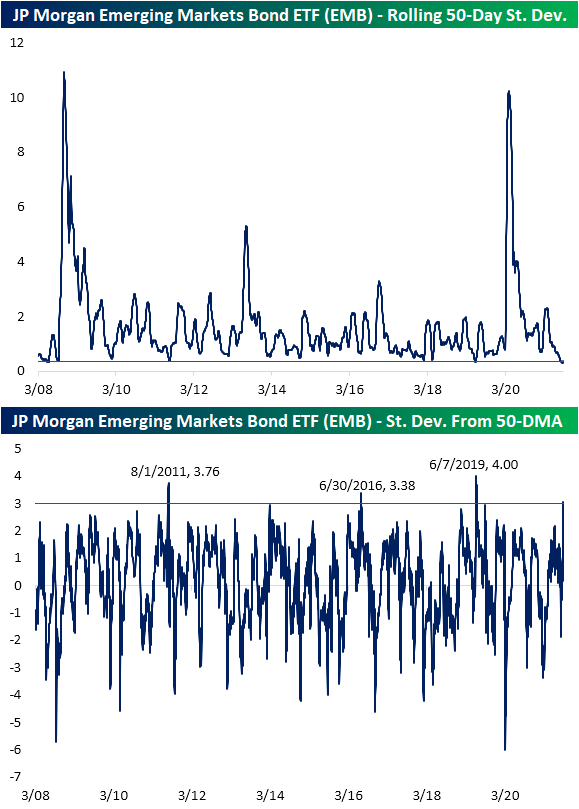