Although there is only one company reporting earnings today, the earnings calendar ramps up this week with a total of 75 other reports through Friday.  This upcoming earnings season will be closely watched for how individual companies have been impacted by the COVID-19 pandemic. As shown in the charts from our Earnings Explorer below, although some of the period pre-dates the outbreak and recently the number of companies reporting have been low, 3-month rolling beat rates over the past few months have generally remained positive and above their historical averages. On the other hand, more companies have been lowering than raising guidance. In fact, the guidance spread has been gradually approaching its lowest levels since early 2019. 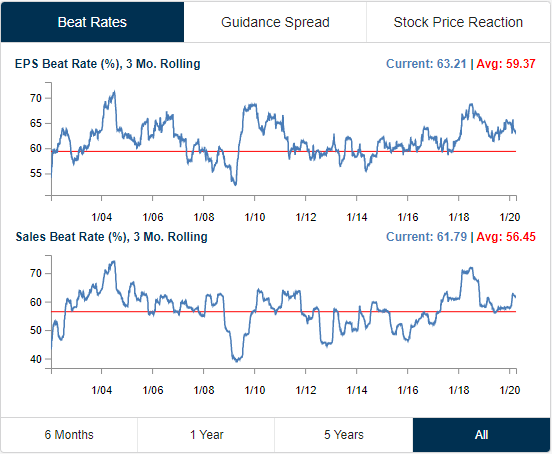 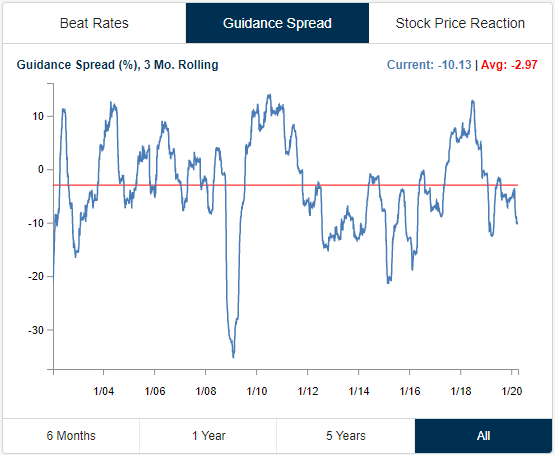 In terms of stock price reactions, companies have been getting crushed on their earnings reaction days (first trading session after their report). In March, the rolling 3 month 1 day median percent change hit its lowest level since 2012.  Granted, part of the reason for that is the sharp declines in February and March regardless of whether or not a company had reported. 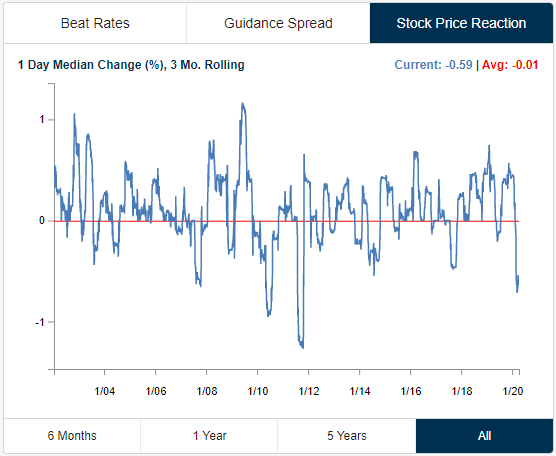 In the table below, we show the 30 largest (by market cap) companies scheduled to report earnings through the end of the month.  For each stock, we also show their EPS and revenue beat rates, the percentage of time they raise guidance, and then their average one-day performance in reaction to earnings and historical volatility.  For volatility, we are simply measuring the average percentage move (up or down) on the day of each earnings report.   Johnson and Johnson (JNJ) and Lockheed Martin (LMT) have the strongest EPS beat rates of these companies and Facebook (FB) has topped sales estimates the most consistently. Conversely, Wells Fargo (WFC) has missed EPS the most and NextEra Energy (NEE) has missed sales estimates the most. In terms of stock price reaction, the FANG names—Facebook (FB), Amazon (AMZN), Netflix (NFLX), and Google (GOOG)—have tended to be the most volatile on earnings with NFLX being the most volatile of these averaging a full-day move of 12.5%.  While it has been the most volatile, NFLX has not averaged the best performance on earnings.  FB holds that title with an average earnings reaction day gain of 2.7%.  Bank of America (BAC) on the other hand has averaged the worst performance with a decline of -0.93%.  Start a two-week free trial to Bespoke Institutional to access our interactive Earnings Explorer and much more. 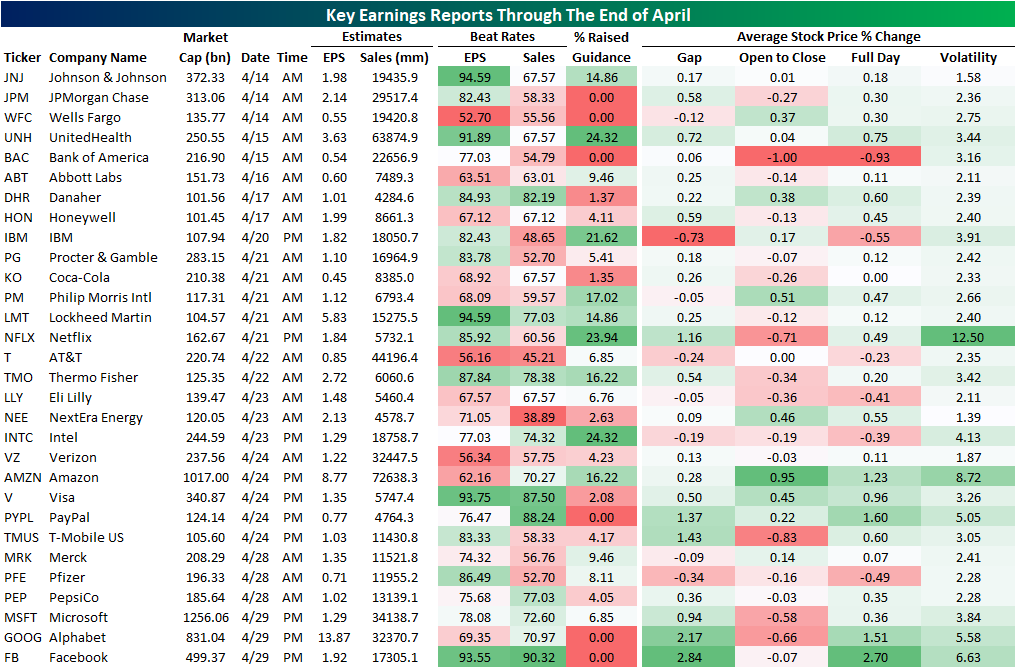