Earnings During a Pandemic

Below are charts showing the percentage of companies that have beaten consensus analyst EPS and sales estimates over the last three months on a rolling basis over the last year.  Our 3-month EPS beat rate tracker is currently at 61.76%.  That’s still above the long-term average beat rate of 59.37%, but it’s trending lower towards that average.

While the EPS beat rate is trending lower, the sales beat rate has been trending sideways well above its long-term average of 56.45%.  Of course, sales have been crushed since March when the economic shutdowns began, but these numbers show how companies have managed to report versus analyst expectations.  For Q1 at least, sales beat rates haven’t been impacted. 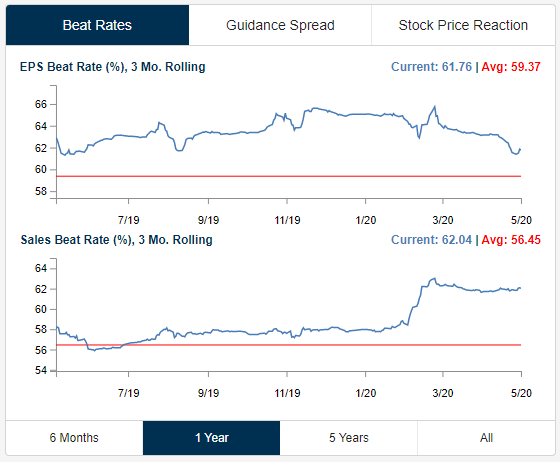 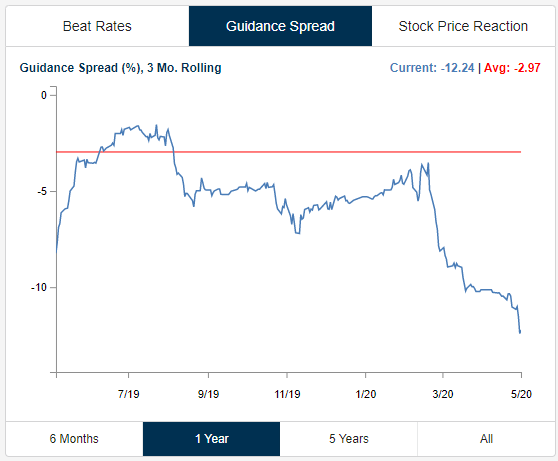 When we expand the guidance spread chart back to 2003 when our data begins, however, the current level is nowhere near as low as the readings seen in 2015 or during the Financial Crisis in late 2008.  Right now companies have actually been loathe to provide any guidance at all given the uncertainty regarding the re-opening of the US economy.  More clarity on things could result in more positive guidance, but it could also result in much more negative guidance as well. 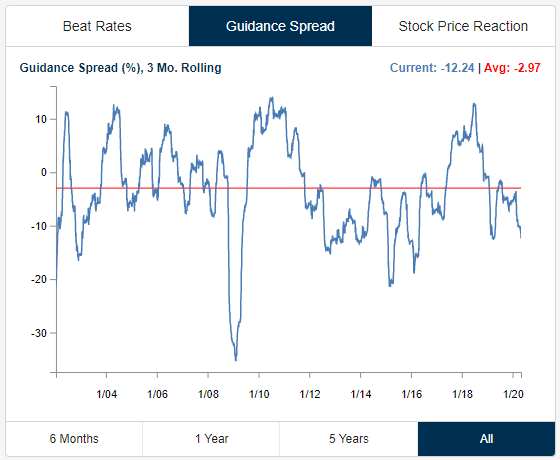 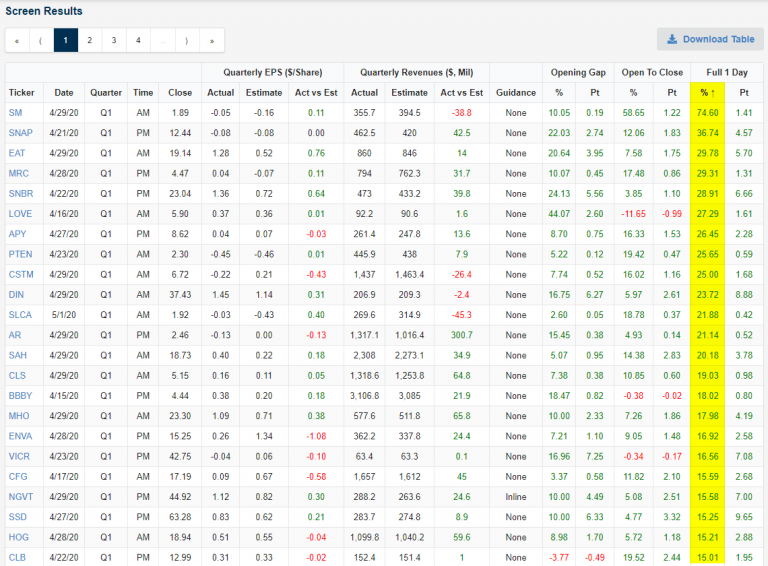