Salesforce.com (CRM) kicks off its annual Dreamforce conference today. This is the 19th year of the event in which the company showcases its products and hosts various presentations by industry leaders. Like many conferences, in-person attendance is limited again this year with the event streamed online over the next few days. Unlike last year, the conference is back to its usual length of only a few days compared to the 2020 event that went on for nearly a month.  The Dreamforce conference typically occurs in the fall but has happened as early as the end of August and as late as early December. 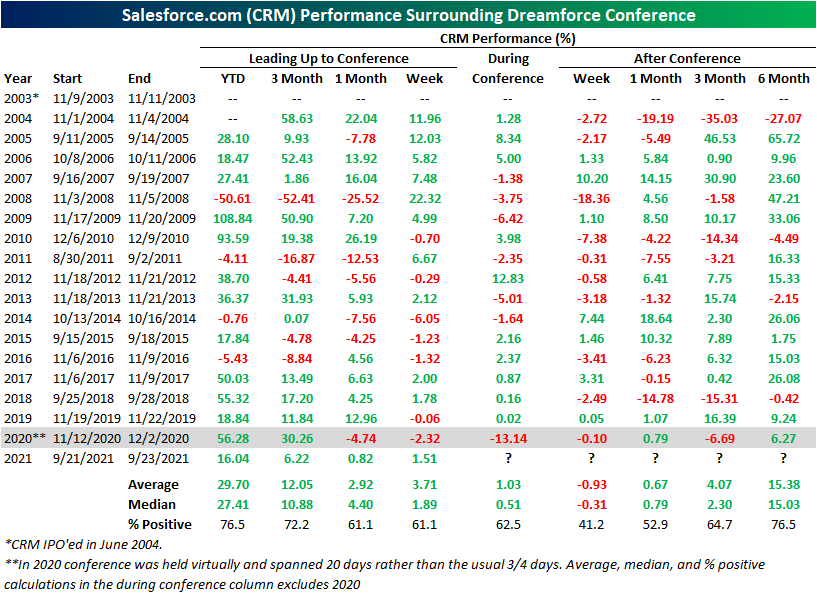 Salesforce.com is a giant in the Tech sector ranking as the eighth largest stock in the S&P 500 Technology sector.  As such, the stock’s performance does hold some weight on the broader market.  Below we replicate the table above but with the performance of the S&P 500 Tech Sector ETF (XLK). As with CRM, XLK has typically rallied leading up to the conference, but it tends to underperform CRM during the conference falling 20 bps on a median basis during the few days the event takes place versus CRM’s median gain of 0.51%.  Following the conference, like CRM, XLK’s short-term performance over the next week is mixed to negative, but one, three, and six months later the stock has traded higher more than two-thirds of the time.Click here to view Bespoke’s premium membership options. 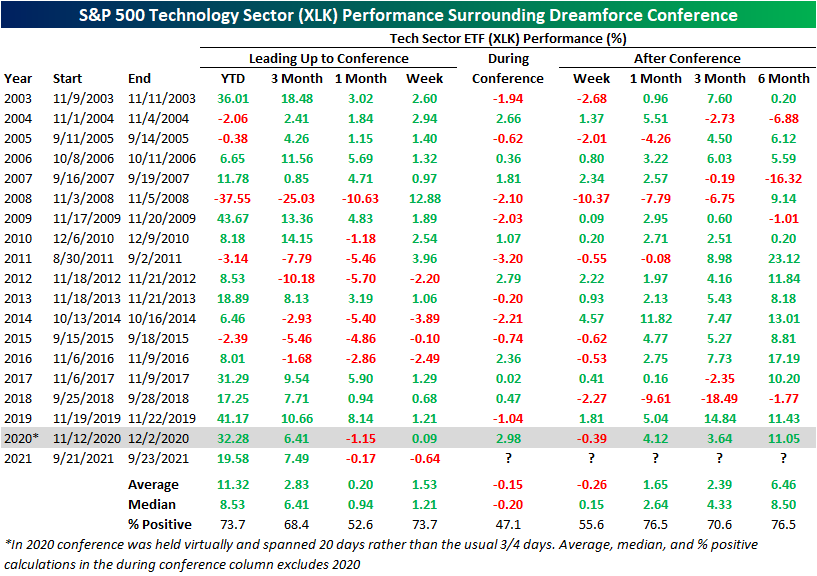