The S&P 500 has managed to put in a higher low in the past few days, and investor sentiment is reflecting the recovery in equity prices.  The AAII’s weekly sentiment survey saw the percentage of respondents reporting as bullish leap 12.4 percentage points to 37.9%.  That is only the highest level since September 9th, but it also marked the largest one-week increase in bullish sentiment since last November.  The last double-digit increase was just over six months ago during the week of April 8th when it rose 11.1 percentage points. 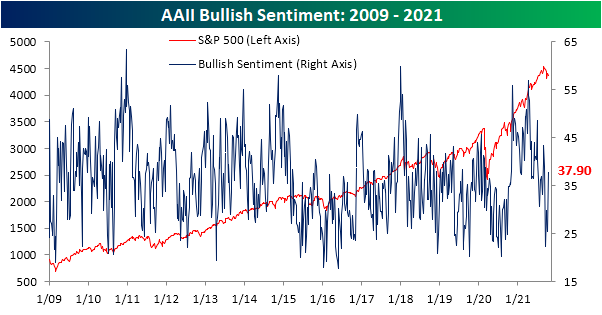 The recovery in bullish sentiment this week leaves the reading essentially right in line with its historical average, but again it has been a while since bullish sentiment has experienced such a large increase. Going back through the history of the survey, there have been 43 other times in which bullish sentiment has risen at least 10 percentage points in a week without another occurrence in the prior six months.  As shown below, those types of moves have typically been positive for short-term performance with the S&P 500 on average outperforming the norm one week, one month, and three months out. With that said, returns six and twelve months later have tended to see slightly weaker than normal returns. 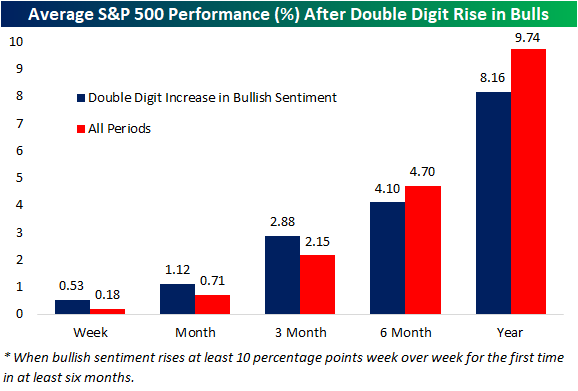 With a big increase in bullish sentiment, bearish sentiment pulled back to 31.8%.  That is the lowest level since the first week of September, and similar to bullish sentiment, it is not far off from the historical average. In other words, the size of the move was large but the level of sentiment is pretty unremarkable. 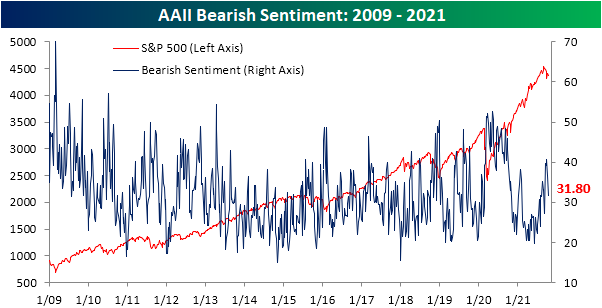 The inverse moves in bullish and bearish sentiment resulted in the spread between the two to move back in favor of bulls for the first time in a month. The one-week increase in the spread also tied the week of February 11th for the largest jump since last November. 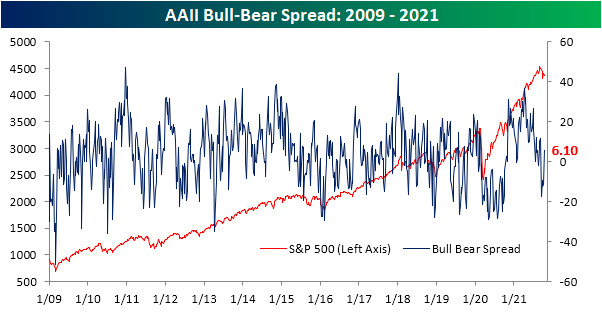 Bullish sentiment appears to have borrowed more heavily from those formerly reporting as neutral. Whereas bearish sentiment dropped 5 percentage points week over week, neutral sentiment shed 7.4 percentage points. Again, that decline does not mark any notable low and is not far away from the historical average. Click here to view Bespoke’s premium membership options. 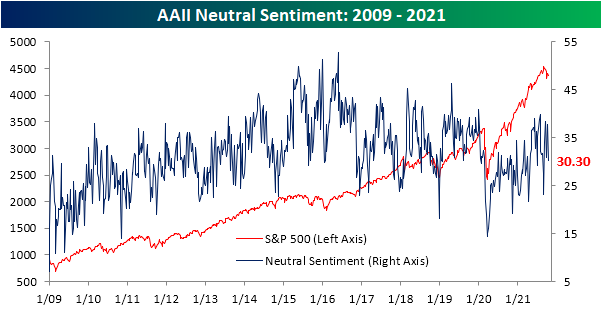