The US Dollar Index (DXY) is at the highest level in a little over twenty years today, bringing the total rally off of the January 2021 low to +21.8%. While that is a notable new high, a massive reason for the move has been a result of the Euro as it is now back to parity with the dollar.  The composition of the dollar index places a massive 57.6% weight on the Euro, meaning swings in EURUSD largely impact DXY.  As shown in the chart below, the Dollar index just hit another multi-year high today and is back to levels last seen in the early 2000s. 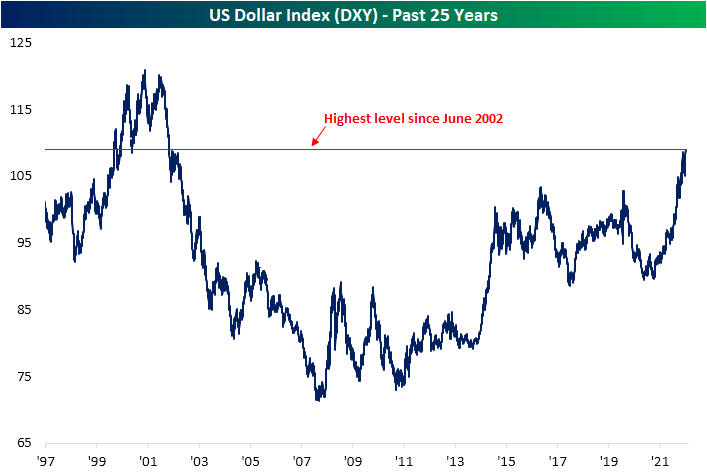 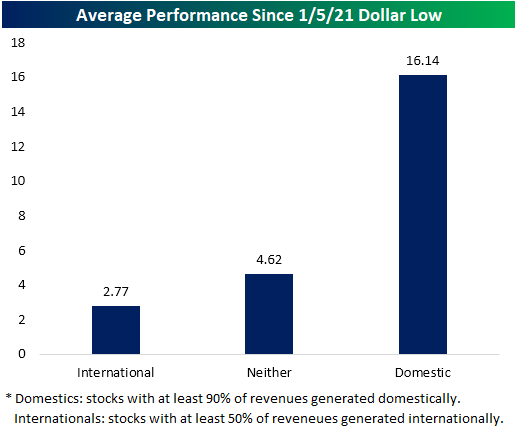 Taking a more granular look, below we break down the Russell 1,000 into equal sized deciles based on the international revenue exposure with the 10th decile comprised of stocks with 100% of revenues generated domestically. Again those groups with high domestic revenues are massively outperforming with the ninth and tenth deciles having experienced rallies of 14.15% and 17.47%, respectively.  The other end of the spectrum have seen low single digit rallies and even a modest 22 bps decline for the third decile. Click here to learn more about Bespoke’s premium stock market research service. 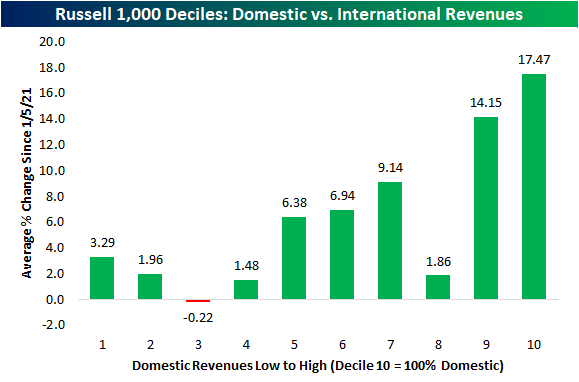 Given the nature of various businesses, some sectors naturally will have greater domestic/international revenue exposures than others. For example, Utilities and Real Estate whose operations are largely within the US have nearly all of their revenues generated domestically. At the same time, these two defensive groups have been some of the top performing sectors since the dollar’s low.  Energy has posted much stronger returns than any other sector while it also has the fourth highest domestic revenue exposure behind Financials. Materials and Tech have the lowest share of revenues generated within US borders while their returns since last January have been middling. 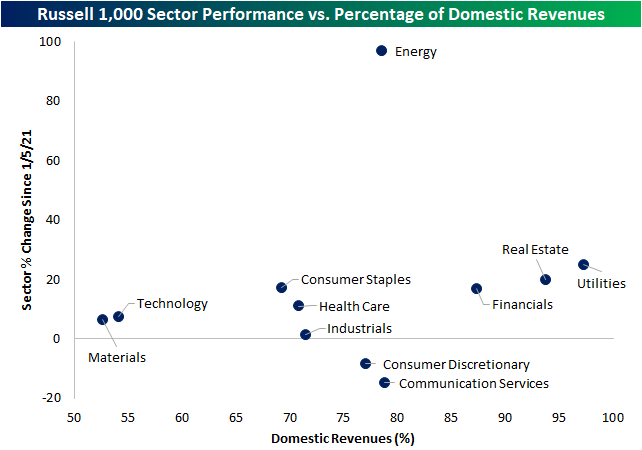